For those who like heights, Toronto is getting the tallest residential condo tower in Canada.

Designed by Hariri Pontarini Architects, the record-breaking 95-storeys tower will include more than 800 condos in a variety of layouts, ranging from 520 to 2,300 square feet. The building itself will be slightly over 313 meters in height.

“An iconic address like One Yonge demands an iconic architectural statement,” said Pinnacle’s Vice President of Sales and Marketing, Anson Kwok. “We knew this location demanded something elegant and distinctive.”

Kwok added that the approach to this phase “was predicated on a commitment to not just merely add yet another condo to the downtown core. Instead, we recognized the unique privilege provided by this site to forever reshape the Toronto skyline.” 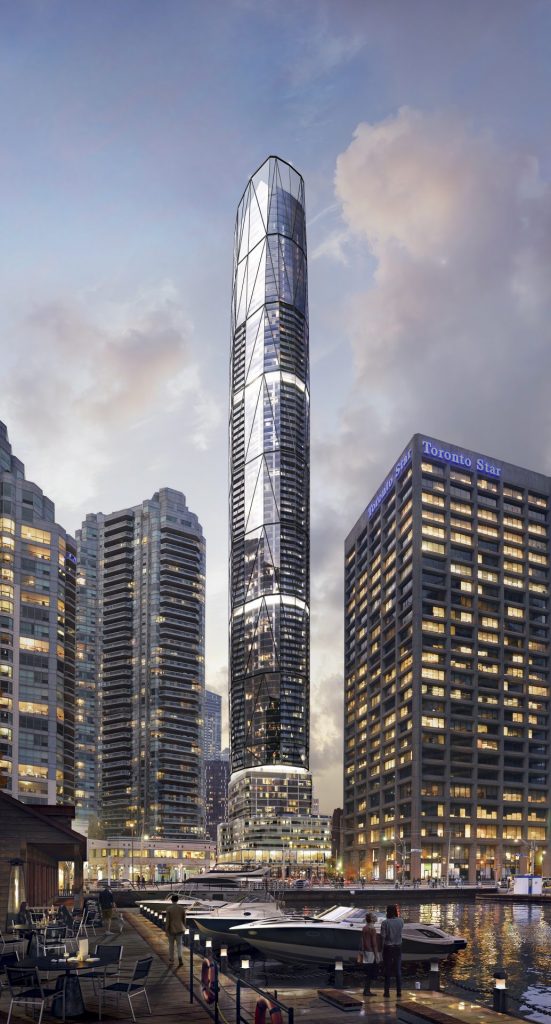 Due to its height, the tower will offer its dwellers views of Lake Ontario, and amenities will include a pool, yoga studio, games centre, and party-space, as well as outdoor barbeques and lounge areas.

Pinnacle International said that the SkyTower is the second of three tall towers at Pinnacle One Yonge, and follows the release of The Prestige, a 65-storey condo tower which is now under construction.

They said the details of the third tower have not yet been released.

“With more than 2,200 condominium suites between the three buildings, the residential towers will anchor the master-planned 4.4 million square foot development of Pinnacle One Yonge,” said the developers. “This master-planned community will also include 1.5 million square feet of office space, 160,000 square feet of retail, a 250-room hotel, a 50,000 square foot community centre and a 2.5-acre public park.” 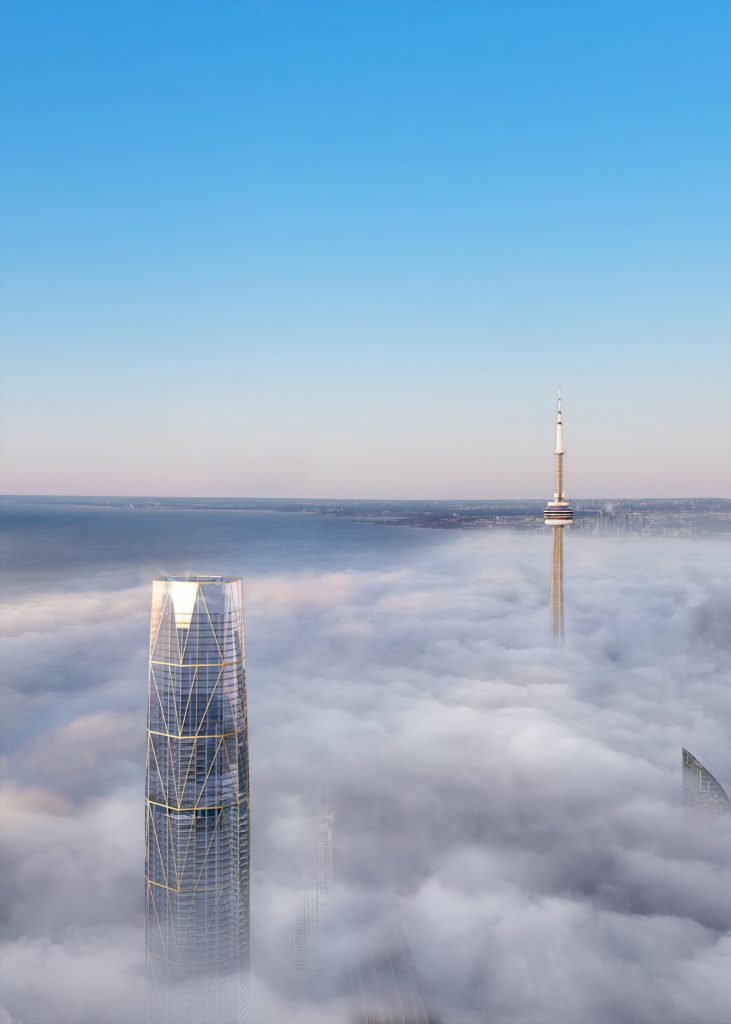 And for those who end up in the highest levels of the Skytower, head in the clouds will have a whole new meaning.