Rogers claimed the top spot for the best network quality in Canada, according to a new report from network benchmarking expert P3.

German-based P3, which is the world leader in mobile network testing and benchmarking, analyzed the mobile networks in Canada and named Rogers ‘Best in Test’ in the P3 Mobile Benchmark Canada 2019 report.

The analysis is based on extensive drive and walk-tests and shows Rogers is the clear winner with the highest overall score and best rated in voice and data.

“We’re continuously investing in our infrastructure, and as we prepare to turn on 5G in 2020 we’re focused on upgrading with the latest 5G-ready technology,” said Jorge Fernandes, Rogers’ chief technology officer, in a statement to Daily Hive. “This recognition from P3 shows our investments are delivering a superior experience to our customers on Canada’s most trusted network.”

To reach this finding, P3 uses a testing and scoring methodology that focuses on customer-perceived network quality covering a wide range of mobile services.

According to P3, the methodology reflects what the customers actually get, also when using popular applications for streaming, social media, and voice.

“The methodology is globally acknowledged as the de-facto industry standard and applied to measure more than 200 mobile networks in over 120 countries,” said P3. 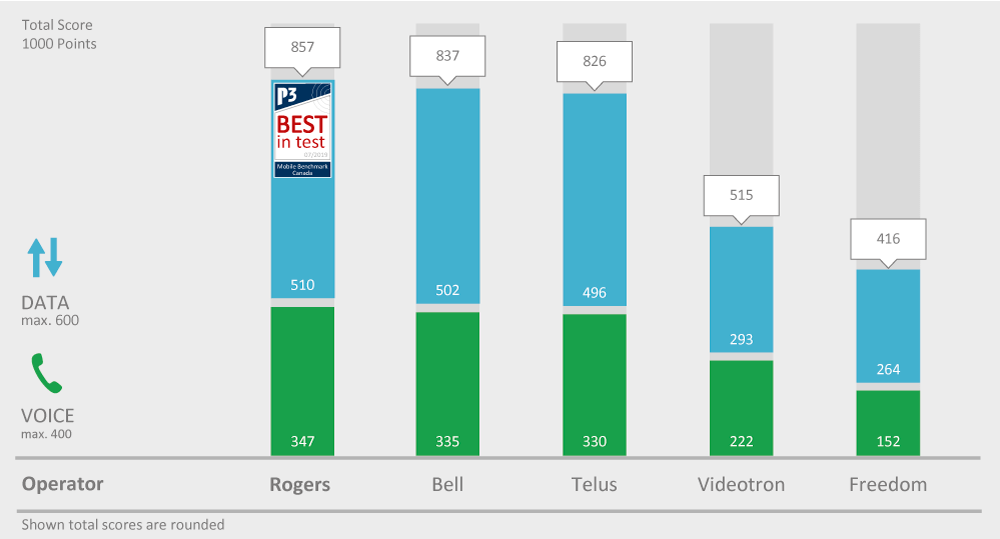 Videotron and Freedom follow at some distance with a total score of 515 and 416 points, respectively. 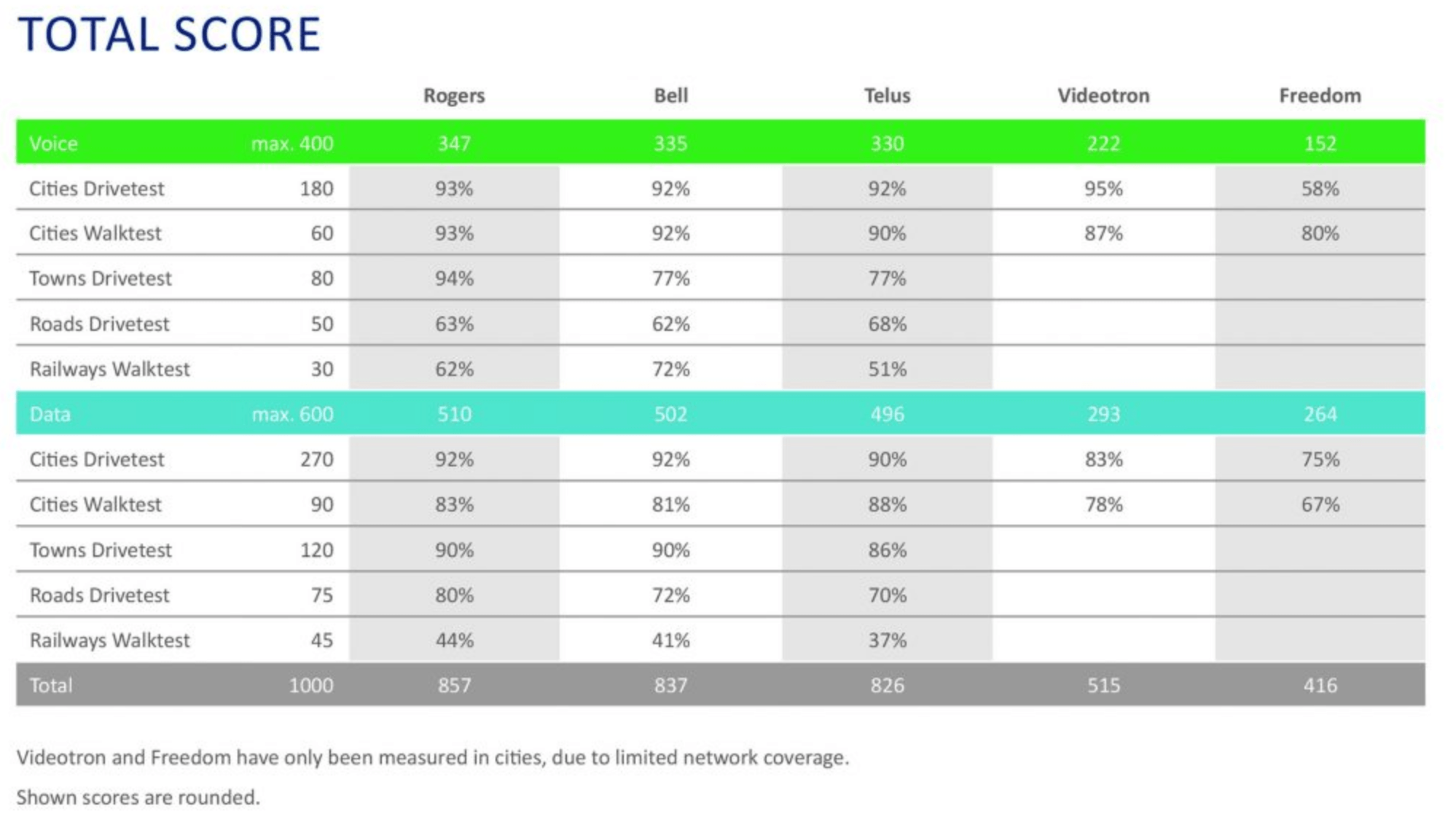