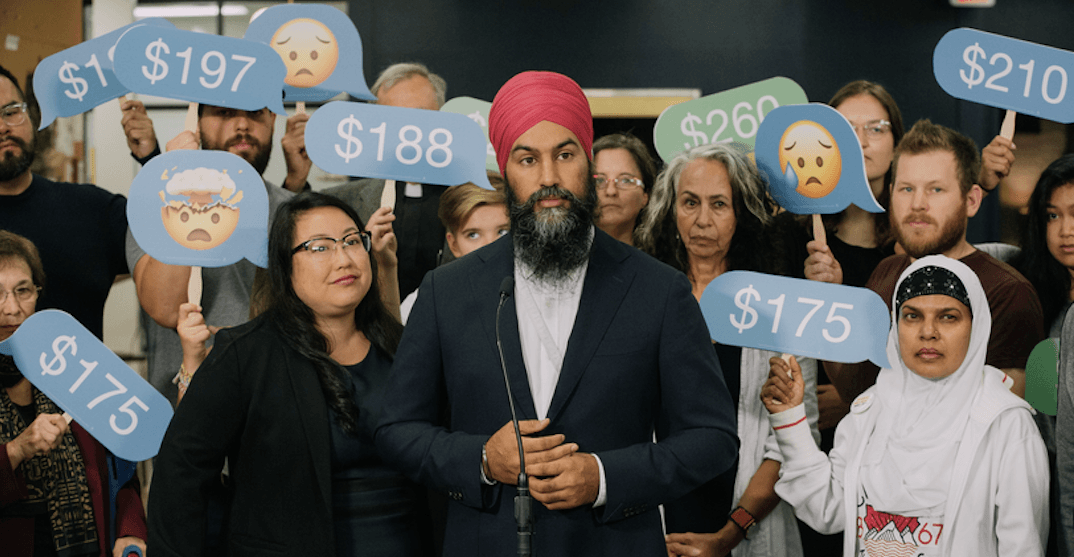 On Friday, the federal NDP said that Canadians pay among the highest phone and Internet prices in the world.

“Canadians deserve better than Liberal and Conservative governments that keep making life easier for their corporate friends and harder for everyone else,” Singh said in a statement.

“I’m ready to fight for everyday people and stand up to rich telecom companies. Our plan to cap prices on cell phone and Internet bills is part of our commitment to make life more affordable.”

A report from the Finnish-based mobile data consulting company, Rewheel, released earlier this year shows just how costly wireless data is for Canadians. According to the study, Canada’s pricing is ranked among the most expensive in the world.

Rewheel studied how many gigabytes of 4G wireless data mobile-users in Organisation for Economic Co-operation and Development (OECD) and EU-28 countries were able to get for 30 euros (or approximately $45 CAD).

The study showed that for $45 CAD, Canadians are only getting an average of 2 GB of data for their wireless plans. Wireless customers in Denmark, Switzerland, Korea, United Kingdom, Finland, Bulgaria, Netherlands, Croatia, Estonia, Latvia, Slovak Republic, and Lithuania all receive unlimited data plans for the same amount.

And when it comes to country median gigabyte price in EU-28 countries and OECD nations, Canada has some of the highest pricing in the world versus other countries with multiple mobile network operators (MNOs).