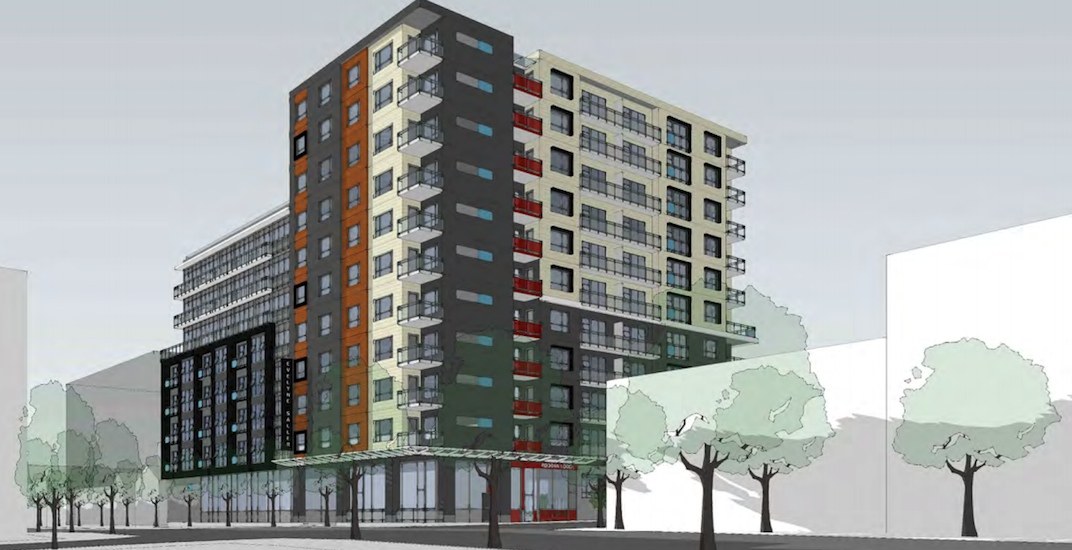 The new 11-storey building at 124 Dunlevy Avenue — the southeast corner of the intersection of Alexander Street and Dunlevy Avenue, near Oppenheimer Park — will contain 213 homes, including 140 units with shelter rate rents of $375 per month. 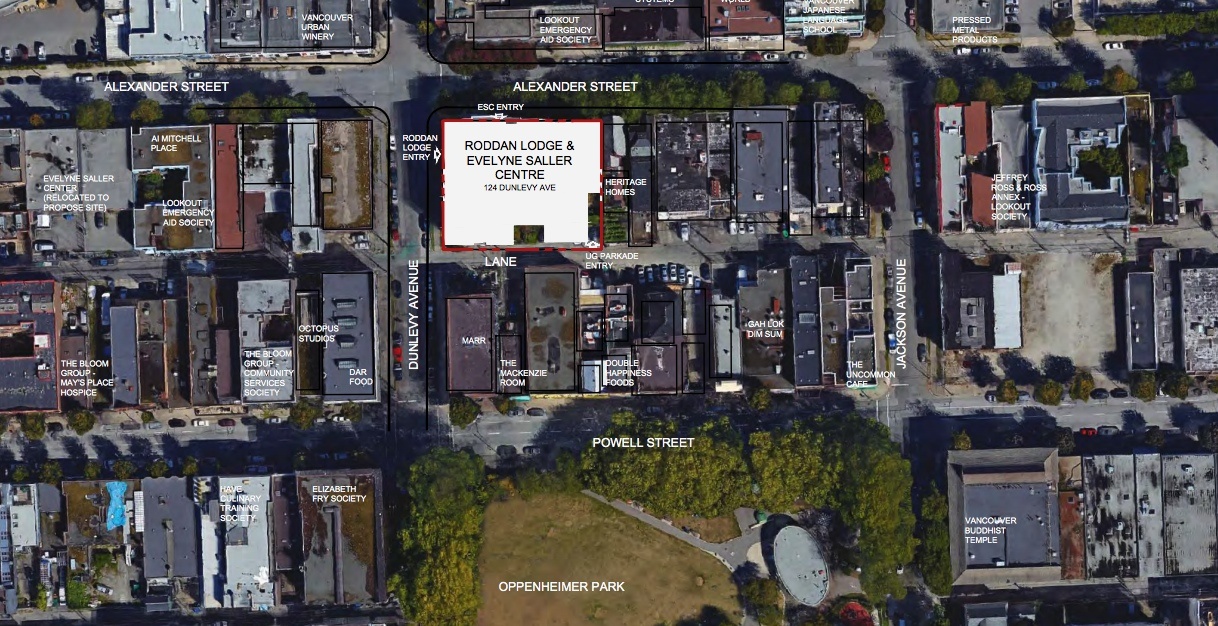 This replaces the former Roddan Lodge’s single-room occupancy units with new homes that offer a self-contained kitchen and bathroom.

Another 16 units will be larger studios with rents set at up to the applicable Housing Income Limits, and 57 units will be set at low-end-of-market rents.

Designed by DYS Architecture, the building will also provide a new space for the Evelyne Saller Centre (ESC), which currently provides 850 low-cost meals daily, 22,000 free showers and 19,000 loads of laundry annually, and social and recreational programs for the Downtown Eastside community. ESC sees about 360,000 visits annually.

The City of Vancouver provided nearly $45 million for the new Roddan Lodge, including the $4-million parcel of land and a $40.9 million financial contribution. BC Housing also offered $4.8 million.

A further financial contribution of $9.6 million was contributed by the municipal government for the Evelyne Saller Centre replacement.

“Roddan Lodge will create new homes for hundreds of people in the Downtown Eastside where housing is so needed. We are pleased that so many units will be rented at shelter rate, ensuring the building is as affordable as possible for the people that need it most,” said Vancouver Mayor Kennedy Stewart in a statement.

“This important project will also allow the Evelyne Saller Centre to expand into a new space, providing vital support and services to the community.”