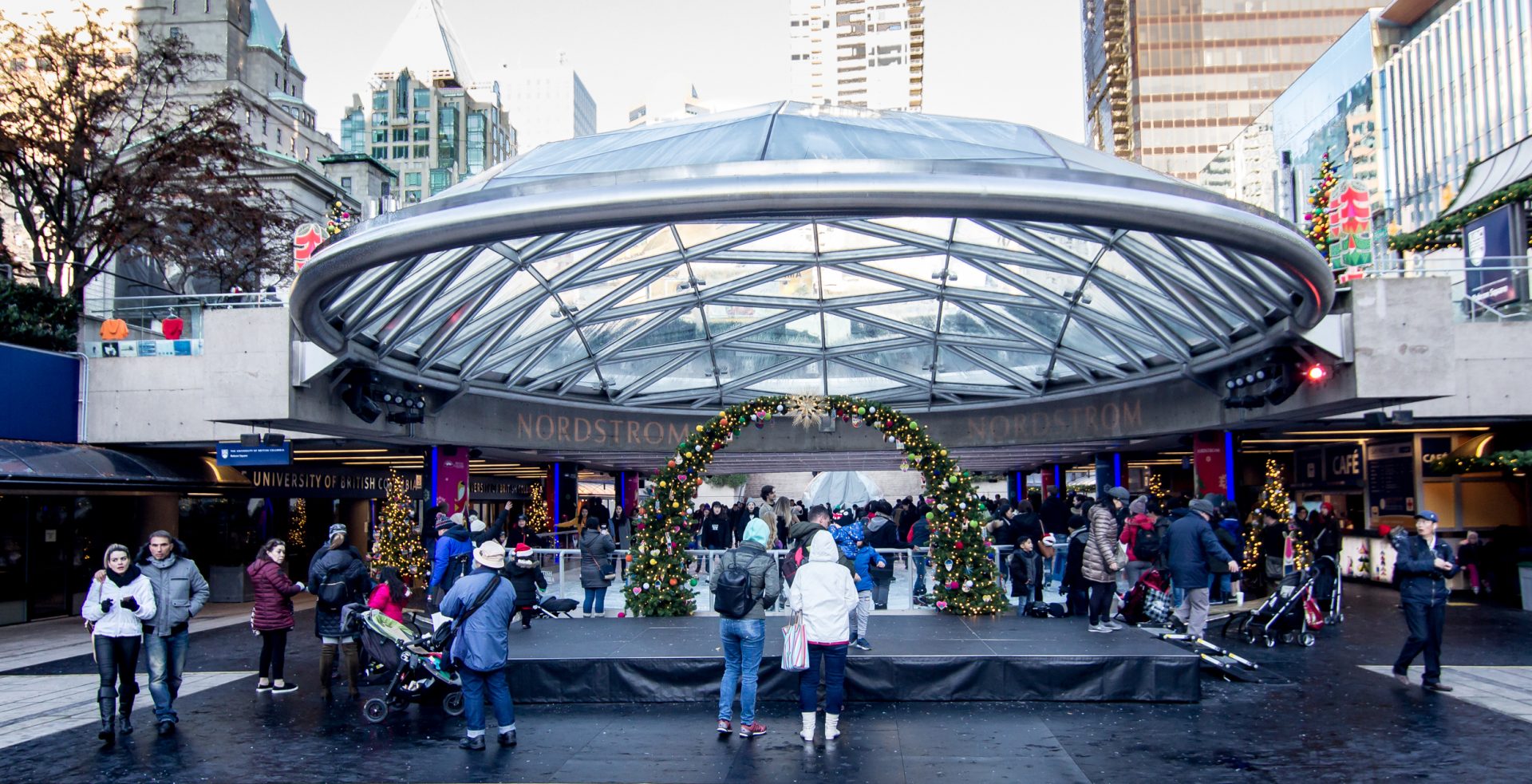 The Robson Square ice rink opened for the season on Saturday, welcoming skaters for the 11th consecutive year.

“The Robson Square winter season is about bringing people together to enjoy the spirit of the holidays and a favourite Canadian pastime – outdoor skating,” Selina Robinson, Minister of Citizens’ Services, said in a news release.

The sheet of ice underneath a glass roof in Robson Square is the city’s only outdoor public rink. Vancouver architect Arthur Erickson designed it, and it opened in 1978.

It reopened in late November 2009 following a $2-million repair and upgrade, funded partially by General Electric, in time for the 2010 Olympic Winter Games. Prior to the renovation, the rink was closed for nearly a decade.

According to the provincial government, about 120,000 people visit the free rink each year.

Starting December 13, the rink will be home to a 12 days of Christmas celebration featuring live music until December 24.

Cost: Free for all ages, if you bring your own skates. (Skate rentals are $5, and rentals end 30 minutes before closing time.) Robson Square Ice Rink accepts cash only. Helmets are mandatory for children 12 years and under.