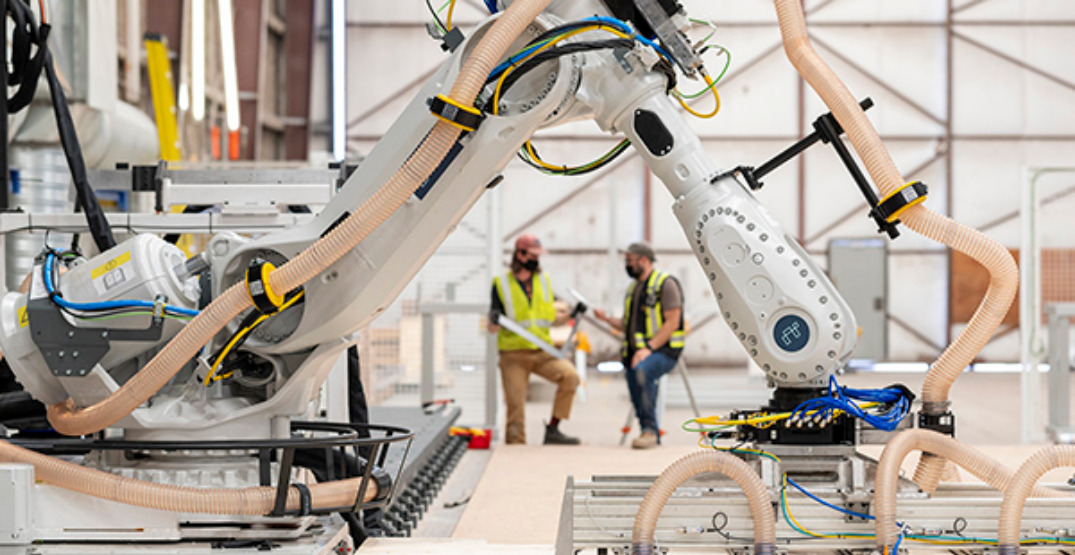 Advanced robots might be the architects of your future home right here in BC.

On Thursday, a joint announcement from the BC government and advanced robotics company Intelligent City, gave us a glimpse into the future of homes, with the opening of  a new factory on River Road in North Delta, BC.

The hope is that this venture will go a long way to helping housing affordability, liveability, and climate change issues.

The BC government provided $460,000 in funding to Intelligent City from the CleanBC Building Innovation Fund.

While on paper it may look like these advanced robots will be 3D printing homes, it isn’t that simple.

“We manufacture building components using mass timber including cross-laminated timber (CLT) floor panels, exterior facade panels, among others, which are then delivered to a construction site where they are assemble,” said David Wan, director for business development at Intelligent City, in a conversation with Daily Hive.

“The buildings that we produce are carefully designed and engineered using our proprietary parametric software which gives us the ability to generate a virtual twin of the physical building with which we can determine every building component needed to create the finished product, even down to very minute detail,” he added.

“We are now the first in the world to use advanced robotics to automatically assemble mass timber building systems that have been tested to meet the latest building code and net zero standards,” said Oliver Lang, CEO of Intelligent City. 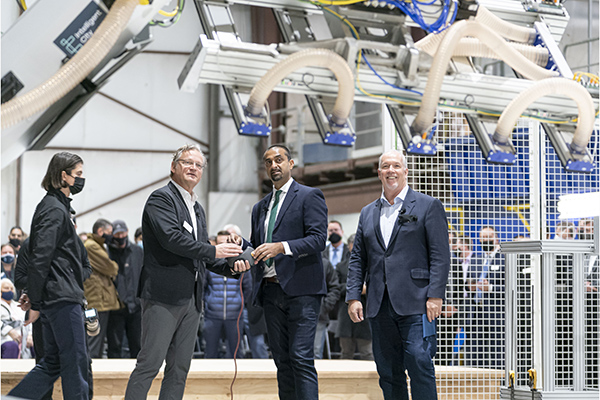 “Using mass timber is key to creating a more resilient forest sector, it’s the construction material of the future and it allows us to rethink what’s possible. We are happy to support these types of projects through our CleanBC building innovation fund,” said Minister of Jobs Ravi Kahlon in a statement.

The technology will be used to create mid-to-high-rise urban housing, but can also be used to build commercial buildings.

Today, the Intelligent City team welcomed the honourable Premier @JJHorgan, honourable Minister @KahlonRav and @BrianHawrysh, CEO of @BC_Wood to the grand opening of our factory.

Visit our website to find out more about the event!https://t.co/nu69AgjVo4#Housing #Innovation pic.twitter.com/Zt9dmEuG5L

Intelligent City is currently using the technology to build 2880 homes in Canada, and 1400 in the US, many which are being supported by BC wood.

The company has also released a concept photo of a project they’re working on for downtown Vancouver, slated to begin construction in 2022. 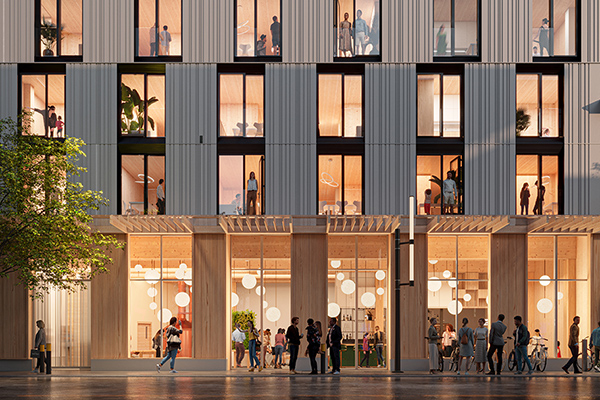 According to Intelligent City, the structures will be fire-safe, structurally rigid, and sustainable. Mass timber can be used to build high-rises that are 18 storeys and higher.

The delivery of their first projects in Vancouver is expected to happen sometime in early 2022.