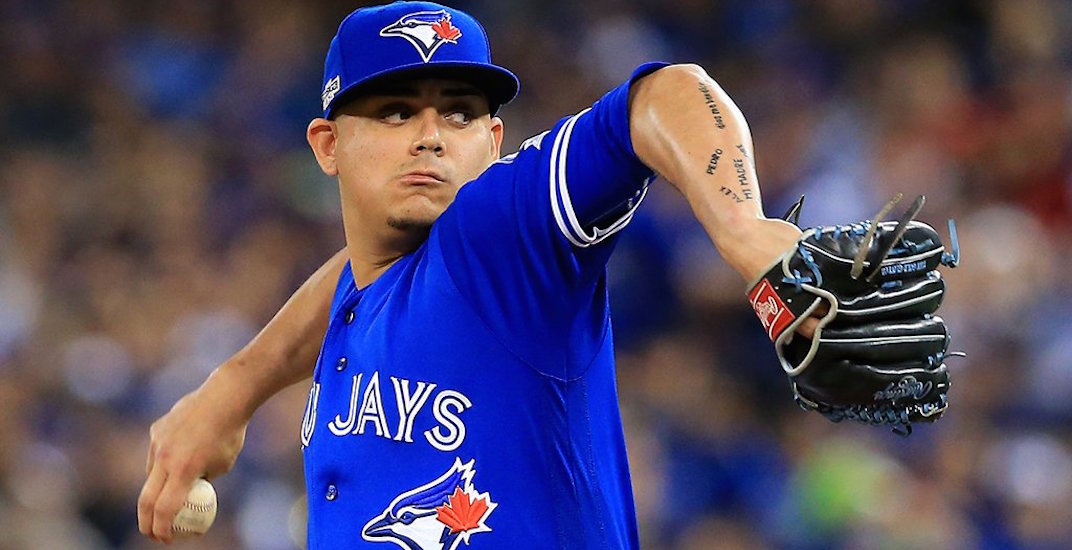 Roberto Osuna has been ordered not to communicate with a woman he’s been accused of assaulting earlier this month and has to stay at least 100 metres away from a building near Lake Shore Blvd W and Strachan Ave, according to court documents obtained by the Toronto Star.

The Toronto Blue Jays pitcher has also been ordered not to possess weapons or consume alcohol.

Osuna was put on administrative leave by MLB on May 8, after he was arrested for allegedly assaulting Alejandra Roman Cota.

“MLB takes all allegations of this nature very seriously,” MLB said in a statement at the time. “We are investigating the circumstances and have placed Roberto Osuna on administrative leave in accordance with the Joint MLB-MLBPA Domestic Violence Policy.”

“We are aware of the incident involving Roberto and fully support the decision by the Commissioner’s Office to place him on administrative leave,” added the Blue Jays in a media release. “We are taking the matter extremely seriously, as the type of conduct associated with this incident is not reflective of our values as an organization. As this remains an ongoing investigation by Toronto Police, the club will not comment further on the matter.”

The 23-year-old closer is scheduled to appear in court on June 18.