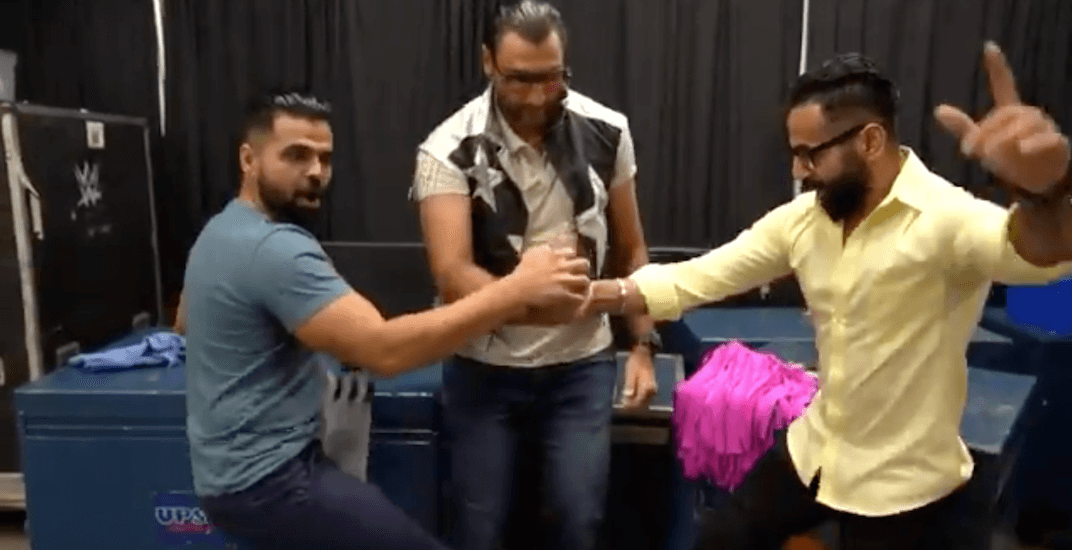 In Miami for a WWE 205 Live event, the Singh Brothers knew who to call.

The Burnaby-born pro wrestling tag team duo, who also happen to be diehard Canucks fans, incorporated the recently retired Roberto Luongo into one of their bits on Tuesday.

The former Vancouver Canucks and Florida Panthers goalie lives with his family in Parkland, not far from where the show took place at the American Airlines Center – home of the Miami Heat.

The bit began with Gurvinder and Harvinder Sihra, who wrestle under the stage names of Sunil and Samir Singh, finding Luongo backstage stuffing his face with chocolate cake.

Before #205Live, the @SinghBrosWWE decided to see if @strombone1 (Roberto Luongo) is interested in a new career path since retiring from the @NHL pic.twitter.com/Q49O7tpEyC

“I’m retired now, so I’ve got nothing else going on,” Luongo says, deadpan. The Singh Brothers, who used to wrestle as the “Bollywood Boyz” back in their ECCW days, decided to make the future Hall of Famer “officially a member of the Singh Brothers.”

He’s got the shades, vest & tassels.

The Burnaby duo outfitted Luongo in a vest, with pink tassels, and Bollywood shades, before inviting him to participate in a Bollywood dance.