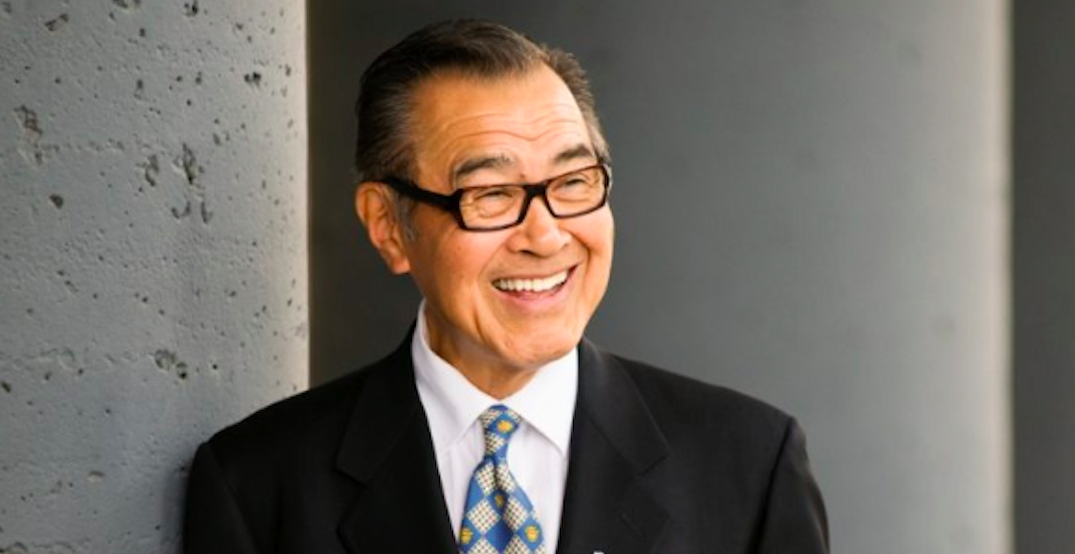 A man described by the president of UBC as one of the school’s “most accomplished alumni” has passed away at the age of 86.

Robert H. Lee, a Vancouver businessman and philanthropist, was the founder of Prospero Group, former Chancellor of UBC, and Chairman of UBC Properties Trust.

In an open letter, UBC President Santa Ono said it was with “deep sadness” that he shared the news.

The full text of Ono’s letter is below:

It is with deep sadness and a great sense of loss that we learned of the passing of Dr. Robert (Bob) H. Lee, CM, OBC, former Chancellor of UBC and Chairman of UBC Properties Trust on February 19, 2020. I would like to express my heartfelt condolences to Bob’s family on behalf of the entire UBC community; he will be deeply missed.

Esteemed philanthropist, visionary and beloved community leader Bob Lee was one of UBC’s most accomplished alumni. Bob dedicated much of his life, expertise and resources to building a brighter future for British Columbians and Canadians, and he embodied the mission of UBC and its vision for its alumni.

Bob was born and raised in Vancouver. The traditional Confucian values of humility, modesty, honesty, studiousness, and social duty were deeply ingrained in him from his father, Ronald Bick Lee. Bob, who was affectionately referred to as “Mr. UBC,” met his wife, Lily, while they were attending UBC, and their four children and three children-in-law are also alumni. After graduating from UBC in 1956 with a Bachelor of Commerce degree, he embarked on a successful career in real estate and founded the Prospero Group of Companies.

Over the years, Bob touched the lives of many. He set the bar for community involvement through longstanding commitment to many organizations, including the Robert Lee YMCA, the Robert & Lily Lee Family Community Health Centre and the VGH & UBC Hospital Foundation. Bob was a member of the Order of British Columbia and the Order of Canada.

Bob was extremely devoted to the service of his alma mater, serving two terms on the UBC Board of Governors. He was installed as chancellor in 1993, served as chair of the UBC Foundation, and was the honorary chair of UBC’s start an evolution campaign. UBC awarded Bob an Honorary Doctorate of Laws in 1996, and in 2006 the Robert H. Lee Graduate School at the Sauder School of Business was established in recognition of Bob’s generous gift to support graduate business education. In appreciation of Bob’s personal and other contributions to UBC totaling over $15 million, members of the community came together to name the Robert H. Lee Alumni Centre in his honour; it opened in 2015.

Of Bob’s many contributions to UBC, the one of which he was most proud is the creation of UBC Properties Trust, which he founded in 1988 and then served as chairman for 23 years. The trust was the first in North America of its kind, and has earned the university over $1.7 billion dollars to date with a projected $4 billion dollars in perpetuity. Bob’s vision inspired similar projects at universities around the world, making this one of the single most influential ideas for bolstering education funding in recent history.

I know that the UBC community will be joined by countless others in our local, national, and international communities in mourning the loss of this truly accomplished and beloved man.