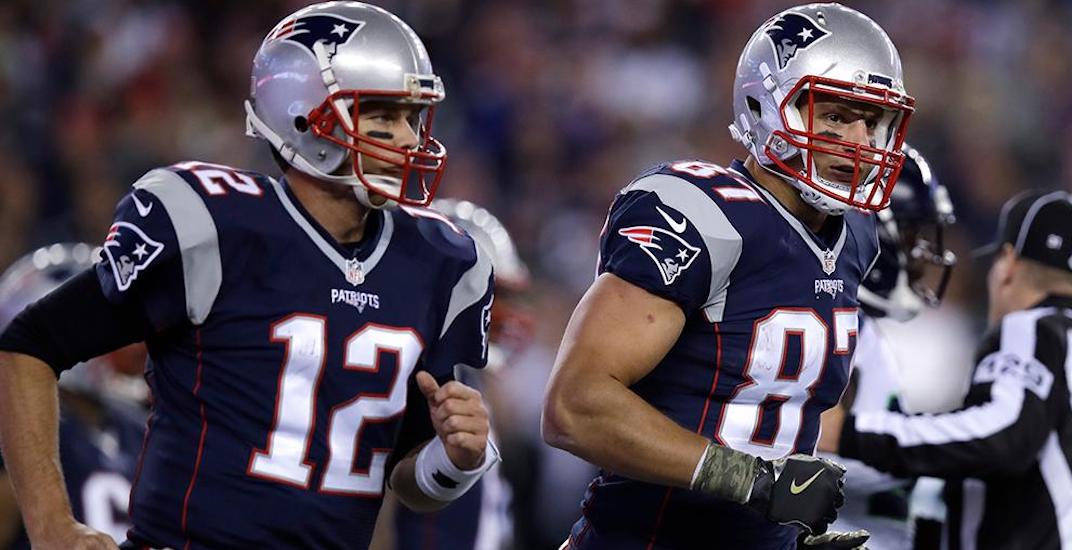 We don’t yet know when the NFL will return, but when it does, the Tampa Bay Buccaneers are going to be a mean piece of business.

The Bucs have traded for Rob Gronkowski, as the five-time Pro Bowler is coming out of retirement to reunite with Tom Brady. The trade, according to a report from NFL Network’s Ian Rapoport, is Gronkowski and a seventh-round pick going to Tampa Bay in exchange for a fourth rounder to the New England Patriots.

#Patriots TE Rob Gronkowski has taken his physical already, sources say. So the trade should happen: Gronk and a 7th for a 4th rounder.

He hasn’t stayed out of the spotlight, though. Since retiring, Gronkowski served as an NFL analyst with Fox Sports, and co-hosted Fox’s New Year’s Eve with Steve Harvey last December.

In recent weeks, Gronkowski appeared on The Masked Singer and took part in a little bit of professional wrestling at Wrestlemania.

Brady, 42, signed with the Buccaneers last month following 19 seasons as the Patriots’ starting quarterback. His contract reportedly includes $50 million of guaranteed money over two years, with an additional $9 million in incentives.