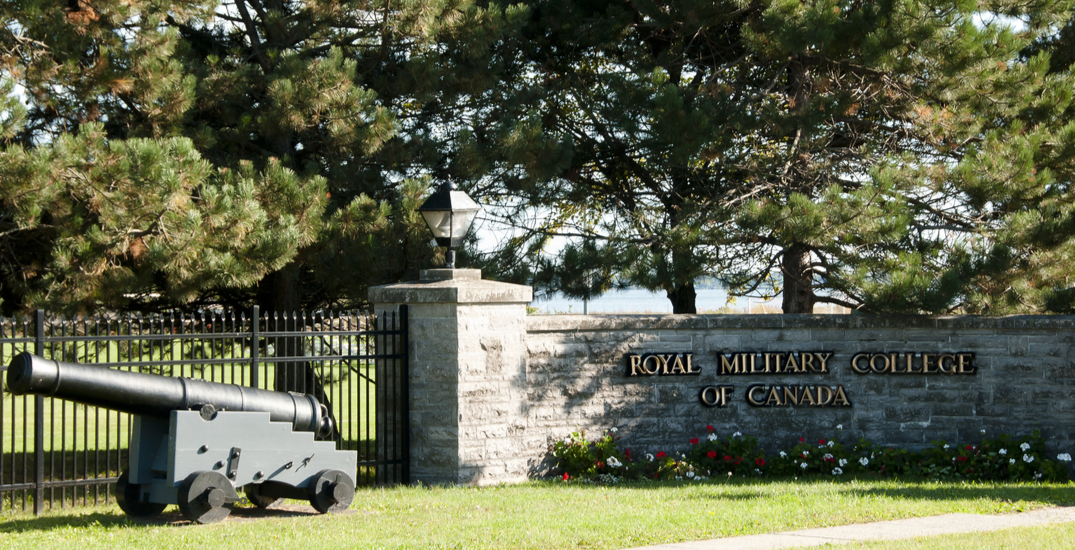 Four cadets have died after an incident at the campus of Royal Military College (RMC) in Kingston, Ontario.

“We can confirm that a fatal incident involving a vehicle occurred on Friday April 29, 2022 at approximately 2:00 a.m. ET on the Royal Military College Campus (RMC) in Kingston,” The Department of National Defence confirmed in an email statement to Daily Hive.

“Four RMC Cadets have passed away as a result of this tragic incident.”

As a member of the RMC community I am absolutely heartbroken to hear of the tragic loss of 4 officer cadets early this morning. As Mayor of Kingston I want to express my sincere condolences to their families, friends & everyone at RMC. We stand with you & offer our full support.

Kingston Mayor Bryan Paterson tweeted out his condolences for the lives lost.

Police and the Canadian Forces National Investigation Service (CFNIS) are investigating what happened, and no details of the incident have been provided.

However, the public can expect more information to become available by tomorrow or within the next few days as further developments take place in the case.

A Toronto Sun report suggests a car went into a body of water near the campus, killing the cadets onboard.

The deceased cadets’ next of kin are still being notified.

“RMC’s first priority is to ensure our Naval and Officer Cadets, staff, faculty, and families are cared for and supported,” a Department of National Defence spokesperson said in an email.

“This loss is felt across the RMC community and we extend our deepest condolences to all our members, their families, and their friends during this difficult time.”