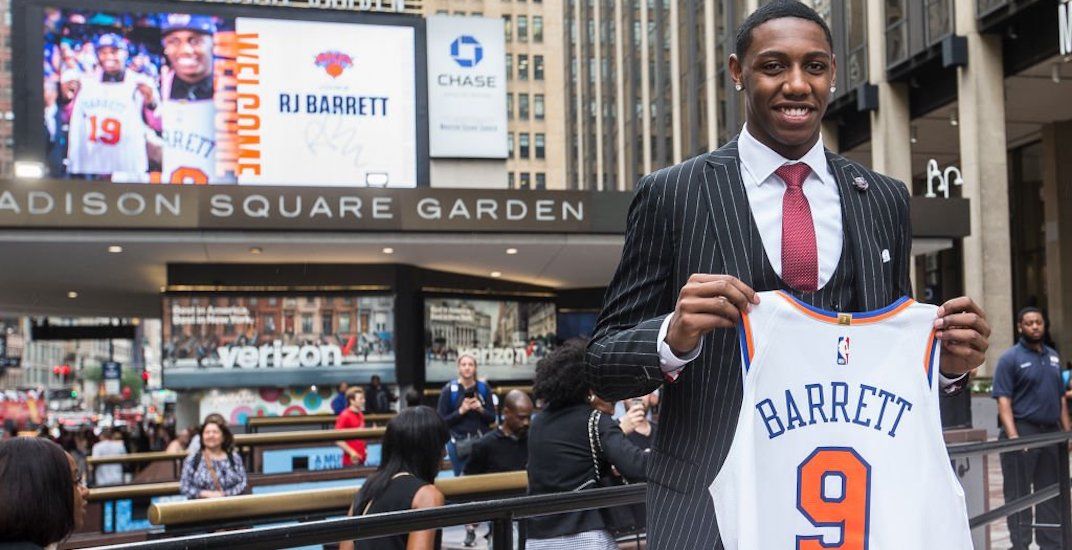 Canada’s chances of success at the FIBA Basketball World Cup have taken another blow.

RJ Barrett, a third-overall pick by the New York Knicks, may not play for Canada as originally thought. According to a report from Yahoo Sports NBA insider Shams Charania, Barrett will not participate in the World Cup, which begins August 31 in China, due to a mild calf strain suffered during summer league play.

New York Knicks No. 3 pick RJ Barrett will not play for Canada in the FIBA World Cup due to management of a mild calf strain sustained during Las Vegas summer league, sources told @TheAthleticNBA @Stadium.

A future star, many Canadian basketball fans were hopeful that Barrett would be a loyal member of the national team for years to come, given his father is engrained in the program. That may still be the case, as Barrett will be present at training camp in Toronto, Charania reports, so this is a different case than Andrew Wiggins.

Canada will be without Wiggins, Barrett, and Tristan Thompson for the World Cup, which would have been crippling in years past. But Canada has never been richer with basketball talent, and has the depth to withstand some absentees.

The case can still be made that this will be the most talented national team Canada has ever produced.

Canada’s training camp roster still has 15 NBA players to choose from, including our country’s top talent, Jamal Murray. Other notable names likely to make the squad are Shai Gilgeous-Alexander, Kelly Olynyk, and Dwight Powell — who all averaged over 10 points per game in the NBA last season.

The team also has Toronto Raptors head coach Nick Nurse, fresh off an NBA championship, to lead them.

Canada will compete in a difficult Group H, with games against Australia (September 1), Lithuania (September 3), and Senegal (September 5) in the first round. The top two teams from each group advance to the second round.

Canada will play a pair of exhibition games against Nigeria, on August 7 in Toronto and August 9 in Winnipeg. From there, the team will travel to Australia for five more tune-up games against Australia (August 16-17), New Zealand (August 20-21), and the United States (August 26).