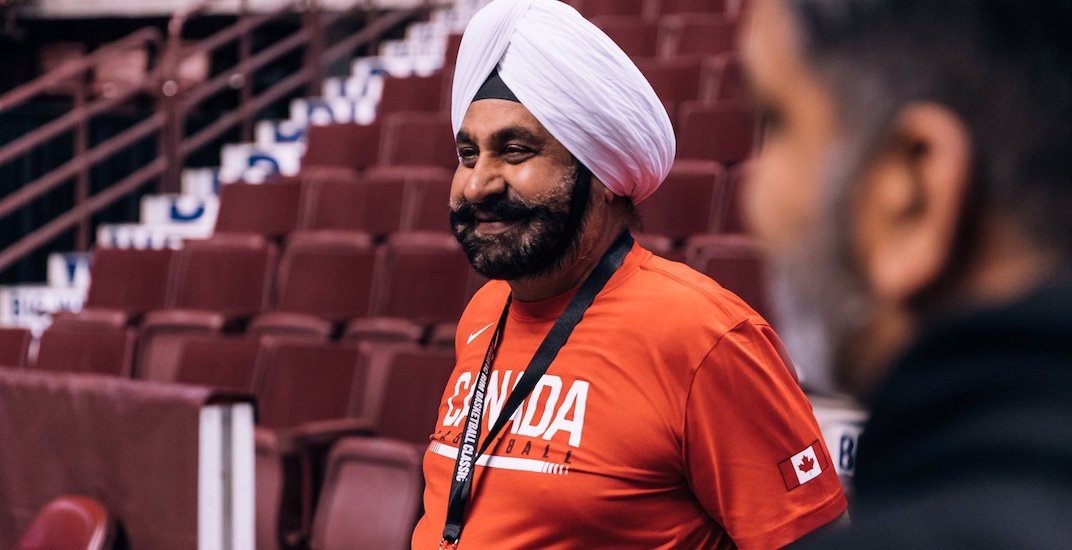 Team Canada is getting another injection of NBA talent ahead of the FIBA Basketball World Cup — this time in the stands.

The Toronto Raptors Superfan was announced as the new Global Ambassador of Canada Basketball — a similar role (in name, anyway) that Drake has with the Raptors.

“Nav is not only a passionate basketball fan but an advocate for the values and benefits the game can have off the court and in the community,” said Glen Grunwald, Canada Basketball’s president and CEO. “Canada Basketball is excited to work with Nav to grow the game of basketball in Canada, while we continue to chase our goals at the FIBA Basketball World Cup and the Tokyo 2020 Olympics.”

Bhatia has long been committed to uniting people of all ages and backgrounds through the game, so this represents a perfect opportunity for him to extend the power of the Superfan overseas.

“My love for basketball and my country, Canada, which has given me everything I have in life, makes supporting and endorsing our Men’s and Women’s National Team programs all that more special to me,” Bhatia said. “I have only one goal and that is to see our teams on top of the podium with gold medals around their necks, standing proudly for the world to see.”

Bhatia will cheer on Canada from his usual courtside seat for exhibition games against Nigeria in Toronto (August 7) and Winnipeg (August 9) before following the team to Australia for their five-game exhibition tour in preparation for the World Cup, which begins August 31 in China.

And of course, you’ll see the Superfan sitting courtside for all of Canada’s games in China also.

“I am excited to begin this new chapter for the Superfan alongside my good friend Glen Grunwald, everyone at Canada Basketball operations, the players who sacrifice for our country, and all the fans who are ready to cheer on our red and white,” Bhatia said.

The 2019 Basketball World Cup is the largest one ever, with 32 countries competing from August 31 to September 15.

Canada will compete in a difficult Group H, with games against Australia (September 1), Lithuania (September 3), and Senegal (September 5) in the first round — the top two teams will move on to Round 2.

Canada can qualify for the Tokyo 2020 Summer Olympics with a good performance, needing to finish either first or second in the Americas zone to earn a direct berth. Should they qualify, it’ll be Canada’s first appearance in the men’s Olympic basketball tournament since 2000.

With what is sure to be the most talented roster of players Canada has ever produced, our country has never been better set up for success.