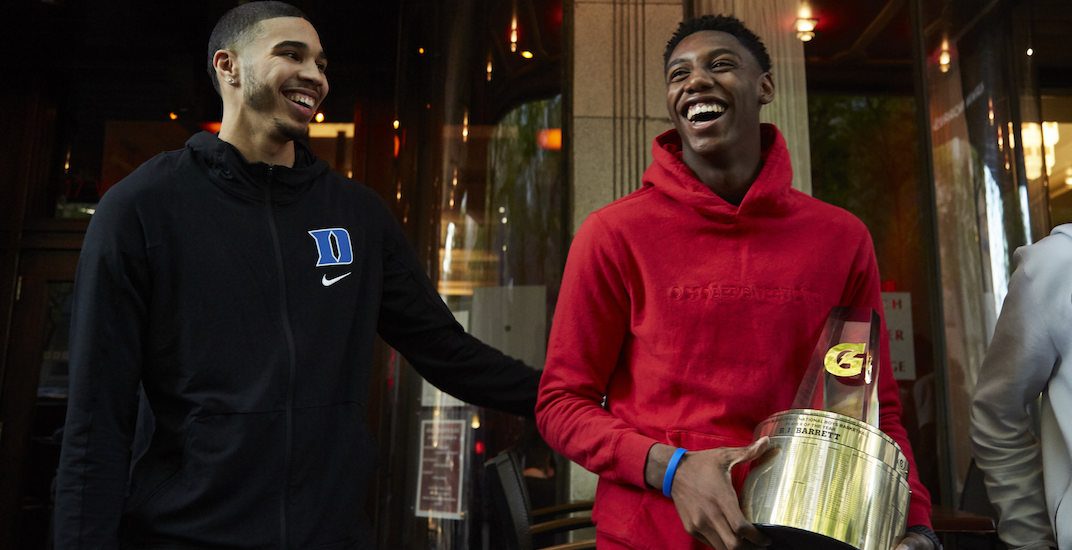 Make space in the trophy room.

Canadian high school basketball player RJ Barrett has another prestigious award. He’s only 17, but the Mississauga native has already made a big name for himself north and south of the border.

Committed to play for Duke University next year, Barrett was named the 2018 Naismith High School Boys’ Player of the Year last week. And on Thursday, Barrett got some more hardware, winning the 2017-18 Gatorade National Boys Basketball Player of the Year.

In addition to athletic excellence, the award recognizes academic achievement (he had a 3.14 GPA) and exemplary character on and off the court.

Barrett was surprised by Boston Celtics forward Jayson Tatum after Barrett had dinner with his family in Orlando.

Barrett is a name basketball fans already recognize, and one they’re likely going to be hearing a whole lot more from.

The teenager led Canada to a surprise championship at the FIBA U19 World Cup last year, which included an upset win over the United States in the semi-final.

That put the 6-foot-7, 200-pound guard into No. 1 spot in the USA Today Super 25 expert rankings. He was also named the top basketball prospect according to ESPN.

Barrett is just the second Canadian to ever win this award, joining Thornhill, Ontario’s Andrew Wiggins, who won in 2013. Others to win this award since its inception in 2003 include LeBron James, Dwight Howard, and Kevin Love.