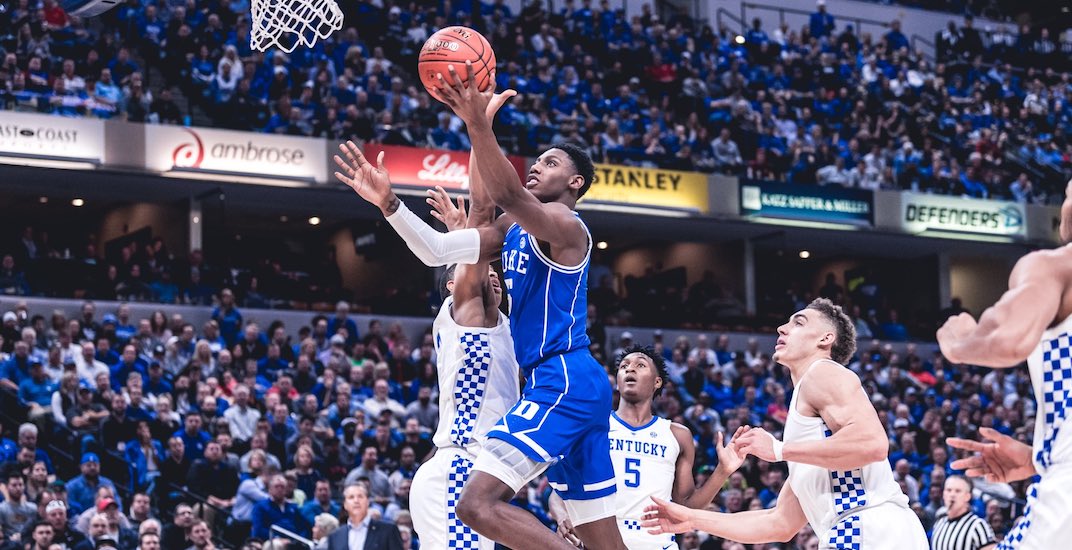 What a start for RJ Barrett.

The 18-year-old Canadian basketball star made his highly anticipated NCAA debut on Tuesday, helping No. 4 ranked Duke upset Kentucky (No. 2) 118-84 in the season opener.

Barrett had a game-high 33 points, to go with six assists. He was efficient with his shooting too, going 13-for-26 from the field. His point total set a new Duke record for most points scored by a freshman in a season opener, breaking the previous record of 25.

The best high school basketball player in America last season lived up to the hype:

The lopsided score was a surprise to most college basketball observers, who didn’t know exactly what to expect from Barrett and fellow freshman Zion Williamson, who added 28 points. The loss is the most one-sided defeat in coach John Calipari’s tenure at Kentucky.

Barrett, a native toMississauga, Ontario, is expected to become just the third Canadian ever picked first overall in the NBA Draft next year. He has the potential to be the best basketball player our country has ever produced.

Stephen A. Smith is always excitable, but the EPSN analyst was especially demonstrative when talking about the young Canadian.

“RJ Barrett is the truth. The truth,” said Smith during a segment of First Take. “He is a faster, more athletic version of Jalen Rose when he was on the Fab 5. I mean this brother is special.”