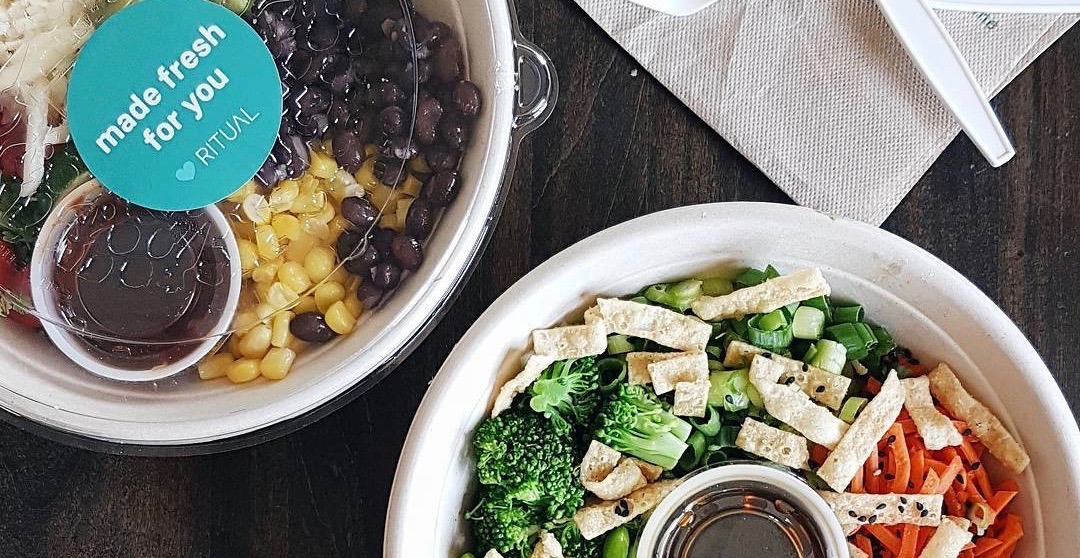 Whether you’re on board with modern day food apps or not, there’s no denying it’s the future of takeout.

Here in Vancouver, we’ve gotten used to using several food delivery services to get our fix to us – although sometimes it arrives lukewarm – but we’ve got a new one coming in hot, and it’s called Ritual.

This app is not the typical song-and-dance we’re used to. Unlike its competitors, Ritual doesn’t charge the consumer a fee to have their eats picked up and transported by a third-party delivery person.

Plain and simple, Ritual is coffee and lunch without the wait.

The gist is very straight forward. You can order and pay through the app, head to the eatery you’ve ordered from, skip the line and grab your food from a pickup zone, and waltz out like nobody’s business.

Alternatively, Ritual users can “piggyback” their order onto a co-workers from their own phone paying with their own card.

Whether you’re the piggybacker or the piggyback-ee (Aka the office hero) this is a killer way to save time and do lunch efficiently during a busy day.

Ritual also has a points system that allows users to accumulate rewards based on whether they return order from a spot, pick up for a teammate, or try something new.

These points can be traded for “daily deals” or redeemed for credits that can be used at eateries in the future.

The Toronto-based company was launched in 2014 and operates in several major cities across the US such as San Francisco, Los Angeles, New York City, and Boston, now, the Canadian app will be touching down in Vancouver.

This launch will be the company’s second one in a Canadian city, and 49 Vancouver restaurants will join the 5,000+ establishments that already partner with Ritual across North America.

Stay tuned for the exact date Ritual will drop in Vancouver.