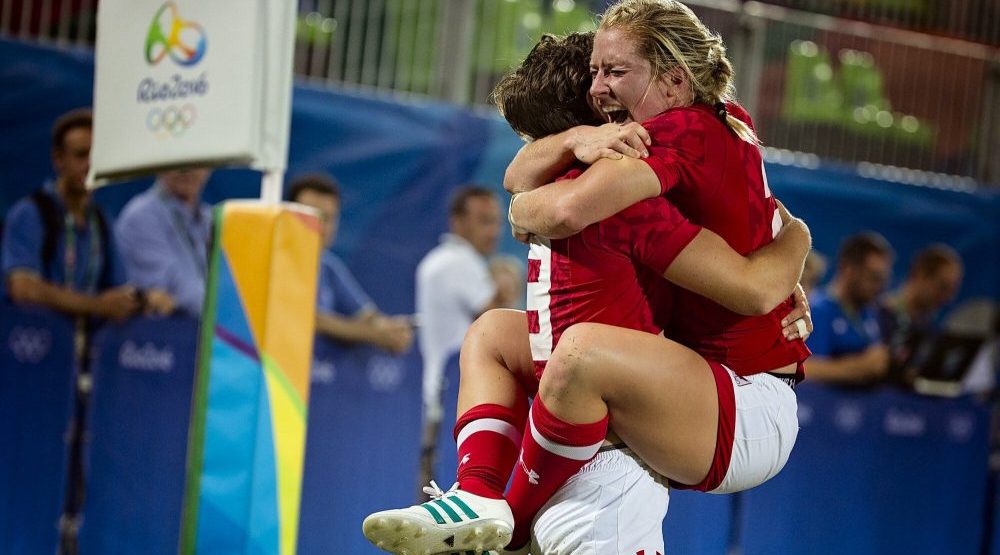 Canada is off to a roaring start at the 2016 Rio Olympics. With two medals in swimming, plus a number of big wins with our team sports, things are looking up.

Here are the events you should watch on Monday (events are shown on CBC, TSN, Sportsnet, and online at olympics.cbc.ca).

After cruising to victory against Japan (45-0) and Brazil (38-0) on Saturday, Canada had a bit of a stumble on Sunday. The Canadian women were upset by Great Britain (22-0) in the morning, and played sloppy against France in the quarter-finals. They pulled it together though, defeating the French 15-5.

Canada will have their stiffest test against Australia in the semi-finals, and will play for a medal later in the day. A win against Australia would move them to the gold medal game, while a loss would likely mean a rematch against Great Britain in the bronze medal game.

Windsor, Ontario’s Kylie Masse swam the fourth-fastest time in the heats on Sunday in the women’s 100-metre backstroke.

Rachel Nicol of Lethbridge has qualified for the final in the 100-metre breaststroke, although she’s a long shot for a medal.

Canada will look for two wins in a row in women’s basketball, after an impressive 90-68 win over China in their opener on Saturday.

Genie Bouchard will need to pull off a major upset if she wants to go beyond the second round of the Olympic tennis tournament. She’s up against Angelique Kerber of Germany, currently the second ranked player in the world.

Montreal’s Catherine Beauchemin-Pinard is a medal hopeful in judo and will be in action on Monday. Competitors will need to get through four rounds of competition in order to get to the gold or bronze medal matches. Beachemin-Pinard, who finished fifth at the World Championships last year, could be in the mix.

Canadians Josh Binstock and Sam Schachter are back in action on Monday after showing well, but ultimately losing, to the #1 team from Brazil on Saturday. This time Binstock and Schachter have a date with the 12th-ranked Italians.

Canada lost its opening game to a powerhouse German side by a score of 6-2. Argentina, meanwhile, drew against the Netherlands. Argentina are the #7-ranked team in the world, while Canada is currently ranked 15th.