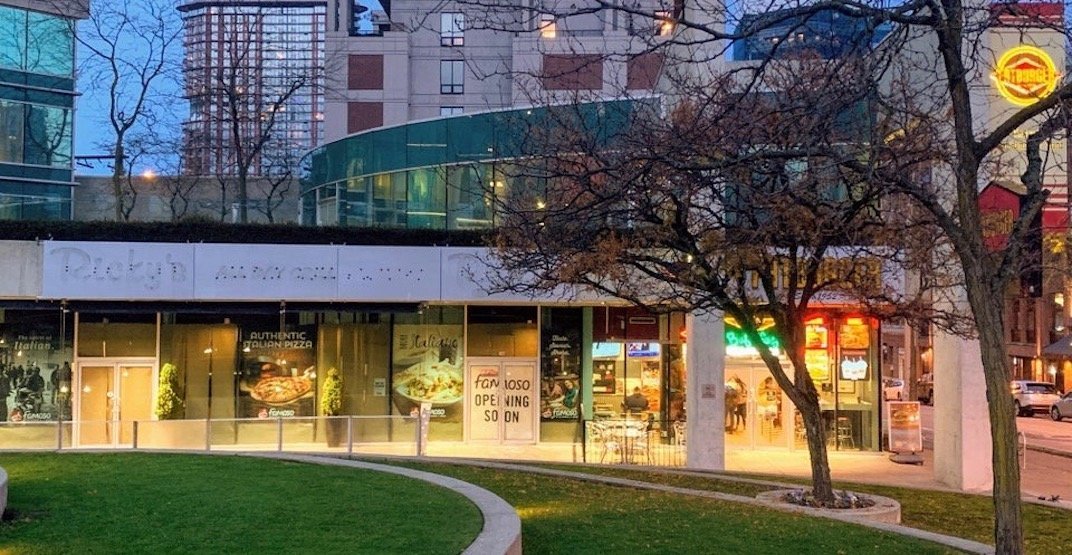 Ricky’s All Day Grill has quietly closed its downtown Dunsmuir Street location, which is the brand’s last in Vancouver, according to its website.

The brand’s 111 Dunsmuir Street Unit 1 location has been marked closed online, removed from its official website, and a Reddit user’s photo shows the now-shuttered space with signage up of what’s to come.

It looks like another recently-acquired franchise concept from Ricky’s parent group’s folio, FDF Restaurant Brandz, is going into the space – Famoso Pizzeria + Bar.

Famoso currently has one other Vancouver location at 1380 Commercial Drive.

We’ll keep you posted as more details are released, in the meantime, get your Ricky’s fix at one of its Metro Vancouver locations.