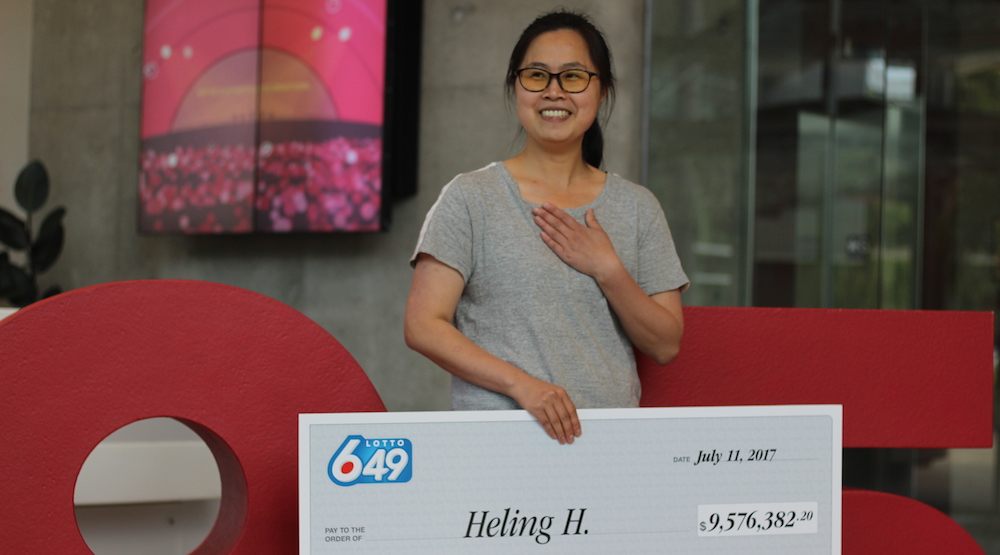 The $9.5 million Lotto 6/49 jackpot that had gone unclaimed since the July 8 draw has been won by a woman in Richmond.

Heling Huang is now a fair bit richer after walking into the BC Lottery Corporation office today to pick up her $9.5 million cheque. 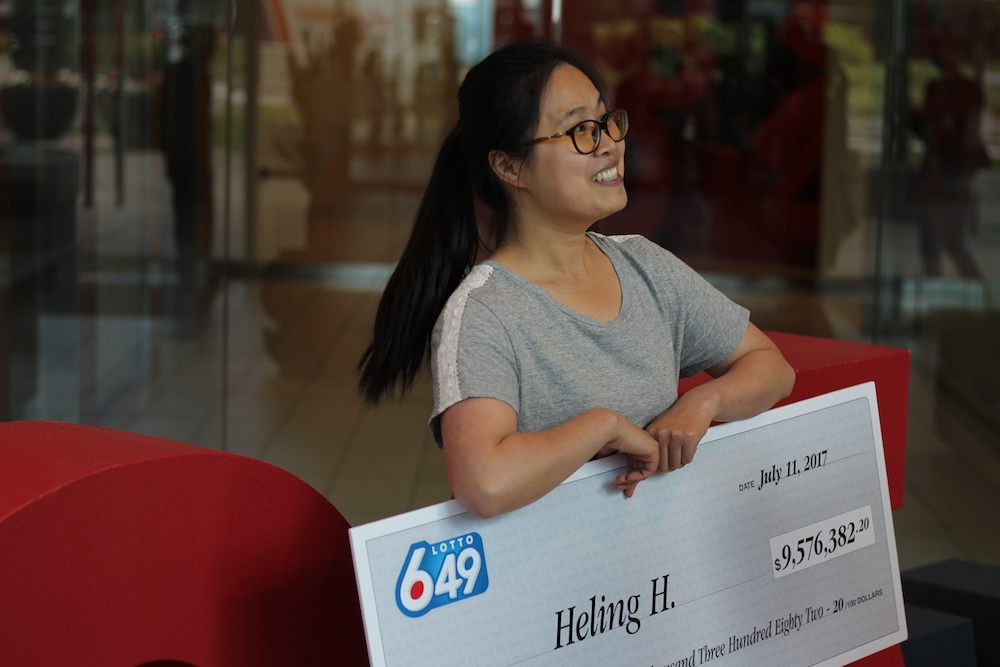 During a media conference Huang, who is not a native english speaker, said through a BCLC translator that she “is very happy, and very excited, and a little bit worried.”

The Richmond resident had purchased the winning ticket at the Lottery Ticket Centre at Richmond Centre, and since realizing her winnings had been worrying that it may have been too good to be true.

“She says she’s been awake for three days since she won the ticket, a little bit worried and shocked, not sure if she won,” her translator said. 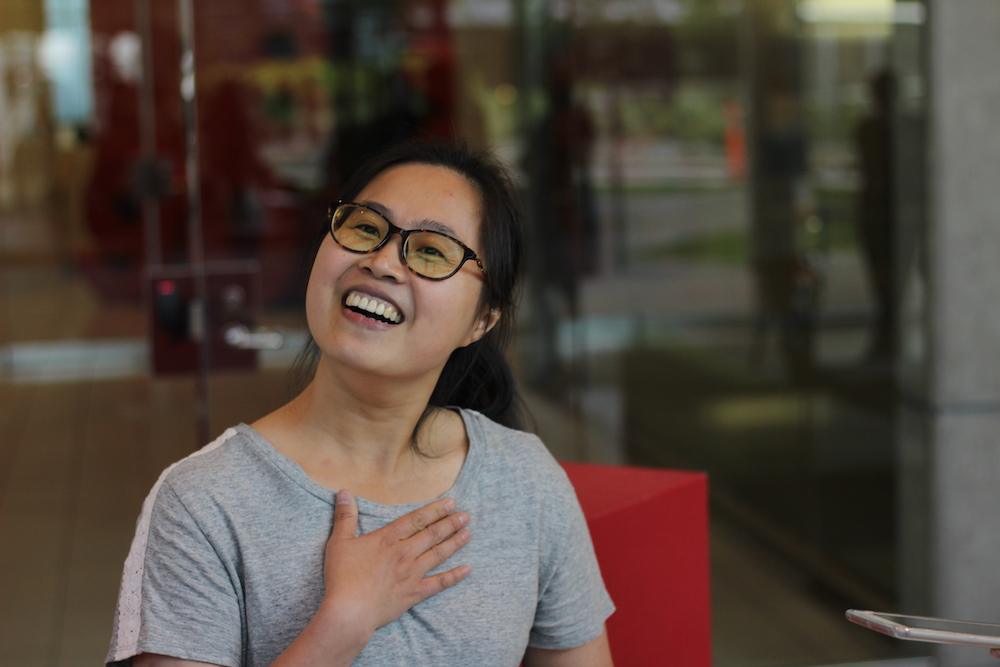 Huang said she’s been playing the Lotto 6/49 for about half a year, and changes up her numbers each time. (Chandler Walter/Daily Hive)

The first thing she is going to do when she leaves with the money?

“Her number one thing that she wants to do is sleep,” the translator said.

Huang is going to keep the accounting job that she has in China, and said that she isn’t going to let the big win change who she is.

One of her main goals for the future is to continue to learn.

“She wants to learn new things, experience new things, and her number one thing is to learn English,” her translator said. “She hopes to speak it as well as everybody here.” 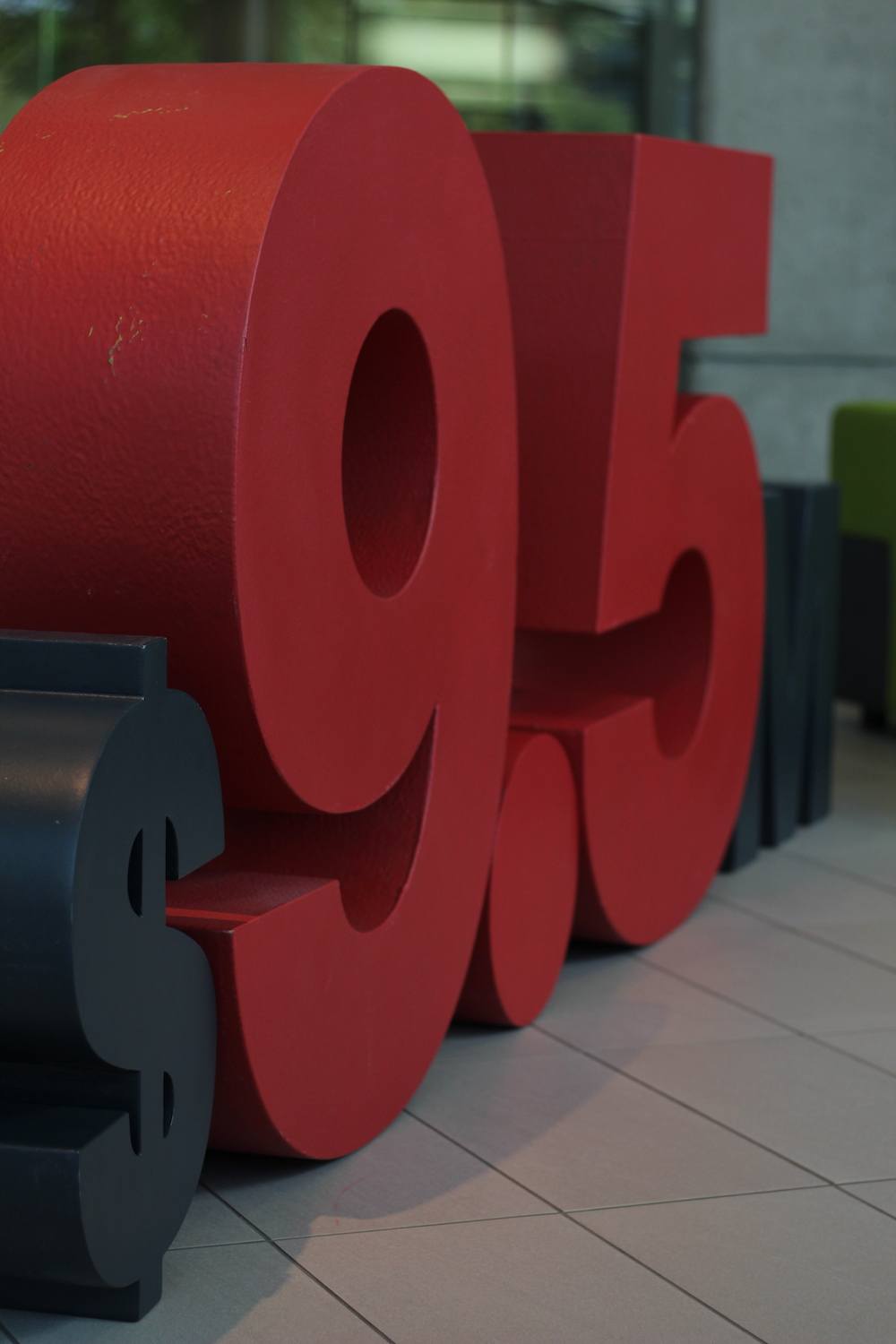