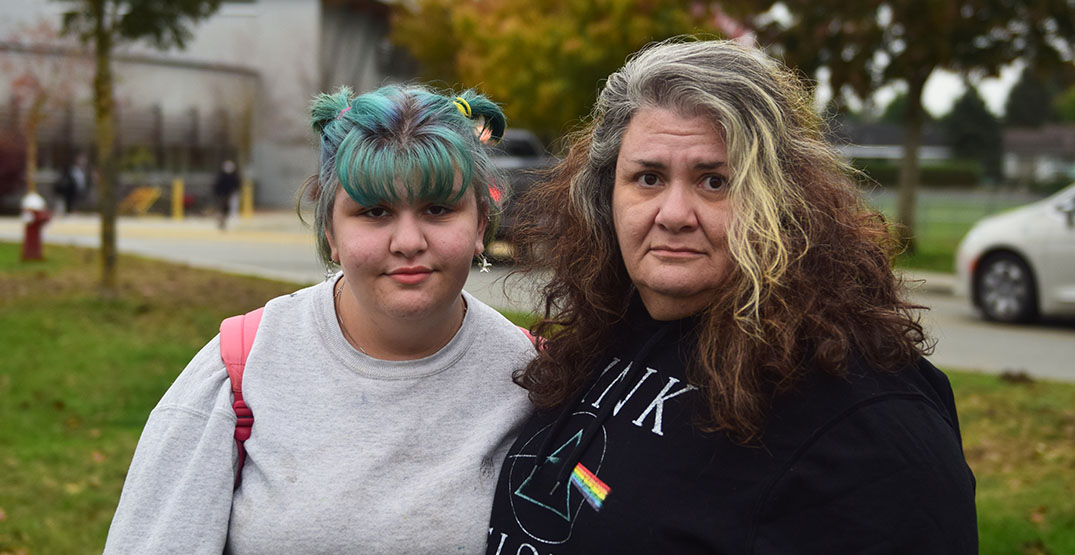 Aliyah Morgan, in Grade 9, had a Swastika drawn on her choir music stand and heard boys making offensive Holocaust-related jokes to their friends on two occasions — one last year, and one this year. The boys in each instance were in different grades and didn’t know each other.

“I felt threatened,” she told Daily Hive. “I was kind of nervous about it. I didn’t know how I was supposed to feel.”

On the first occasion, which happened last year when she was in Grade 8, a boy in her choir section allegedly told her to take a “gas shower.” His friend repeated the suggestion. The next day, she discovered the Swastika on her music stand. She isn’t sure who drew it but said no other stands were defaced. 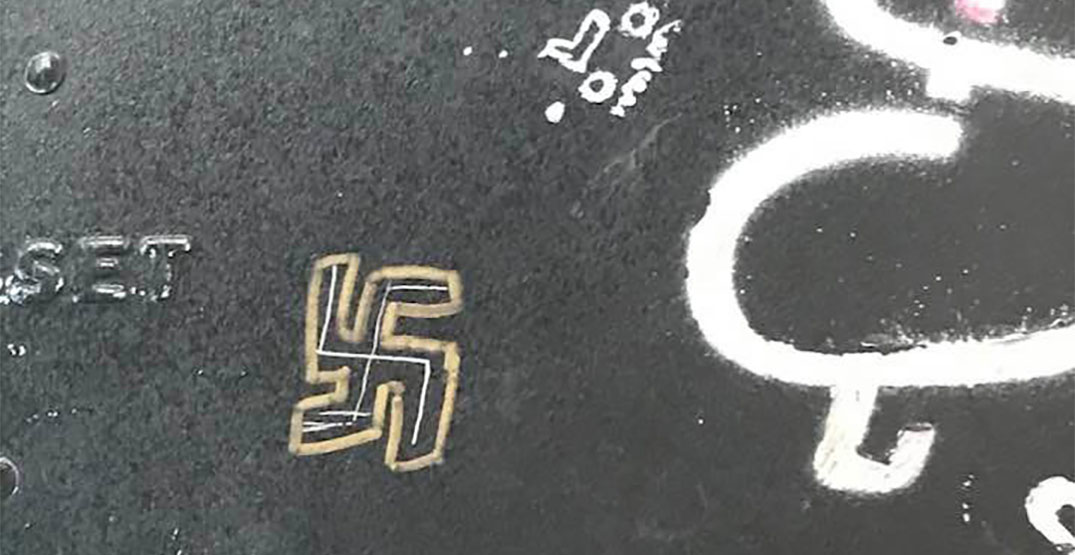 Jewish high school student Aliyah Morgan found this on her music stand the day after a choir performance. (Submitted)

The second incident occurred a few weeks ago when students returned to class following pandemic closures.

A boy in Aliyah’s grade told his friend a joke about a fictional Jewish girl who asked for his number, to which the boy replied his people “have names and not numbers,” referring to the de-humanizing serial number tattoos Nazis gave to prisoners at Auschwitz concentration camp.

Although that joke wasn’t said to Aliyah’s face, as one of the only Jewish students in her grade, she questioned why the boy told it within her earshot if he didn’t intend for her to hear.

“We are seeing worldwide there is a huge uptick in anti-semitism right now, and it’s happening here in our little corner of the Lower Mainland. We’re not immune,” she said.

Last year was the fourth consecutive record-setting year for anti-semitism in Canada, according to B’nai Brith’s 2019 audit of anti-semitic incidents. More than 2,200 incidents were reported, 8% more than the previous year.

The report said online and in-person anti-semitic harassment has “skyrocketed” in Canada’s primary and secondary schools, where Jewish students have been mocked for their background and had peers deny or distort the reality of the Holocaust, the WWII genocide that killed more than 11 million Jews and other minorities.

Nico Slobinsky, Pacific region director at the Centre for Israel and Jewish Affairs (CIJA), was alarmed and disturbed to learn what happened to Aliyah.

He believes it points to a growing need for schools to continue educating students and staff about human rights and about the Holocaust “so that we can all learn from our past, in order to build a better future,” he told Daily Hive via email. CIJA has been in discussions with the school board, and so far Slobinsky has been encouraged by the board’s openness to deal with the issue.

“In these uncertain times, we should strive to make our schools a beacon of a society that abhors racism and champions inclusion for all.” 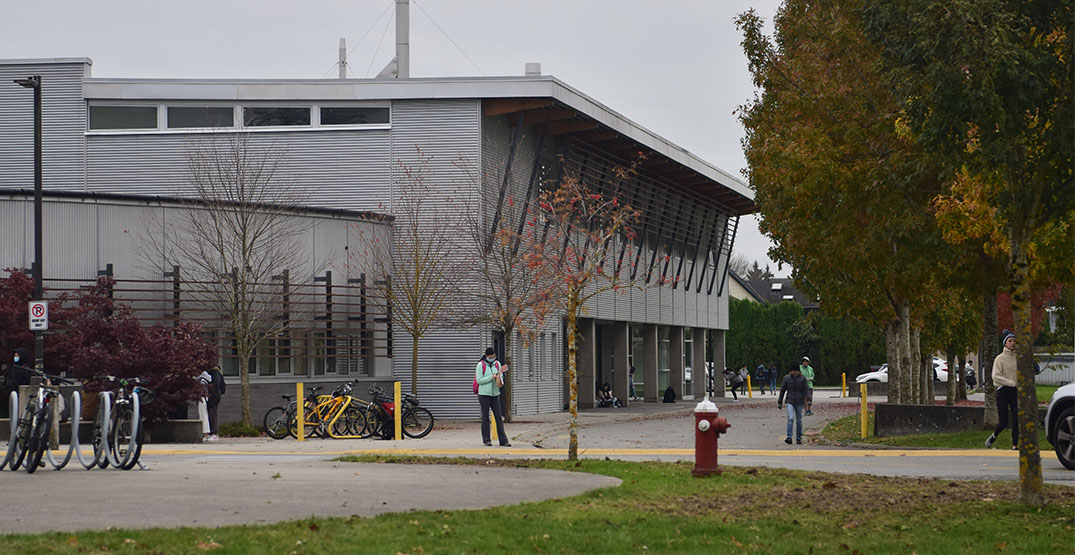 The boys from both incidents were made to apologize to Aliyah, and she’s been moved to a different class so she doesn’t have to see them while learning.

Mother and daughter would like to see the school have stronger Holocaust education, perhaps by inviting a survivor to speak or visiting the Vancouver Holocaust Education Centre so that students understand why joking about it and carving Swastikas is unacceptable.

Aliyah added she’s never received instruction on the Holocaust through public school — only at the Hebrew school she attended as a child.

Students in BC may learn about the Holocaust in Grade 5 (human rights and responses to discrimination in Canadian society), Grade 9 (discriminatory policies, attitudes, and historical wrongs), and Grade 10 (discriminatory policies and injustices in Canada and the world), Richmond School District spokesperson David Sadler told Daily Hive via email.

Sadler told Daily Hive the district is taking the anti-semitic incidents seriously and that racism and discrimination are not tolerated at any Richmond schools.

Coronavirus-related gathering restrictions make it difficult to hold assemblies or other school-wide learning opportunities, but efforts are underway to examine and improve resources at schools, Sadler added. The district created its Diversity and Anti-Racism Working Group in June 2020, in addition to its existing Cultural Diversity Working Group.

After months of researching, reading, curating & processing… it’s done! Can’t wait for all the #sd38 secondary libraries to get this anti-racism book bundle to add to their collections.Our anti-racism work is just beginning #rtla38 #sd38learn @bctla #libchat #equity #antiracism pic.twitter.com/01BcXc9tp8

Back in 2019, Steveston-London staff found a Swastika painted on the school’s parking lot sometime over the summer. It’s not believed this was connected to the issues Aliyah faced, and Sadler said it’s not clear who painted it or whether it was targeted at the school.

The family is speaking out to foster connection instead of division in the community, adding that in 2020 no marginalized student should be targeted because of who they are.

“We’ve always been taught in school to be kind to others,” Aliyah said. “But it doesn’t seem to get through to other people’s heads.”