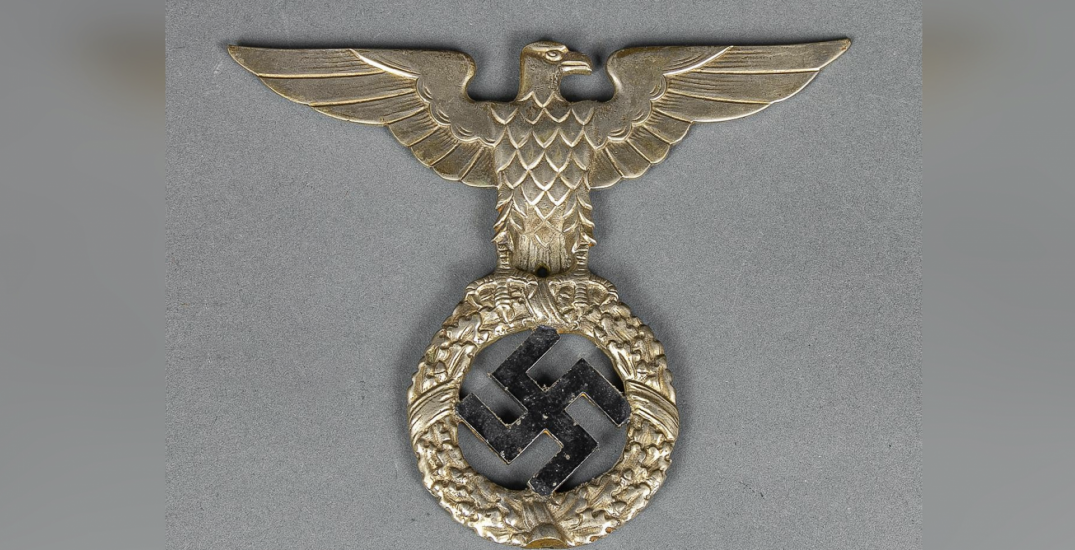 The Canadian Centre for Israel and Jewish Affairs (CIJA) says it is “appalled” after learning a Metro Vancouver auctioneer will be going ahead with an auction containing Nazi memorabilia.

Maynards Fine Arts & Antiques is set to auction off a lot of historic firearms and militaria items from various wartime periods in Richmond on Saturday. 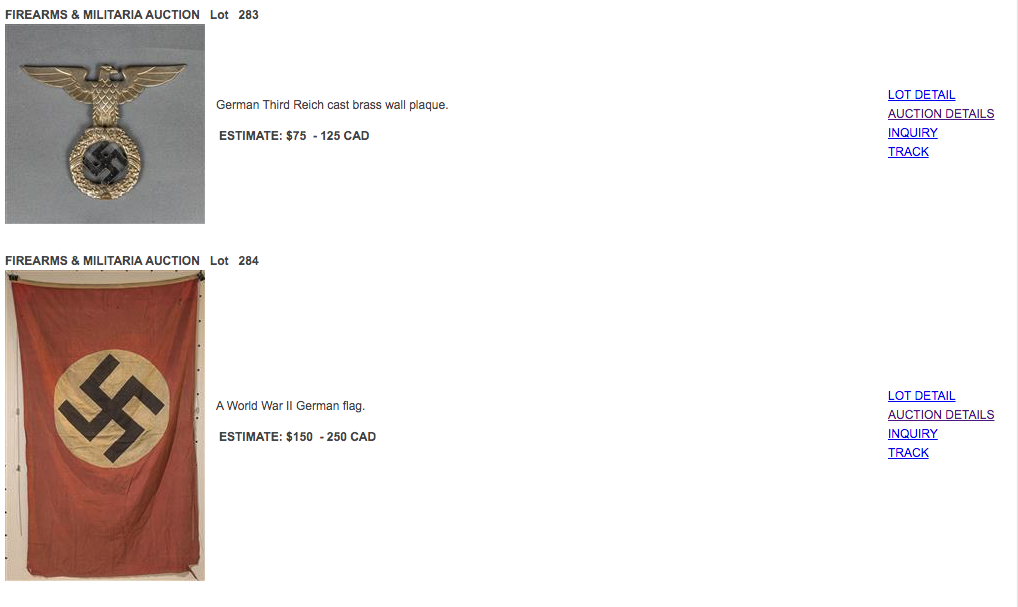 On Twitter, CIJA said it is “disgusted and deeply concerned about the items,” being auctioned off.

“We are appalled that someone is seeking to profit from their sale. These items should be donated to a museum where they belong,” said the organization.

We are appalled that someone is seeking to profit from their sale. These items should be donated to a museum where they belong. We recognize this isn’t illegal however CIJA staff is working to rectify this obscene situation.

Speaking to Daily Hive, Nico Slobinsky, CIJA’s Pacific Region director, said he reached out to Maynards and “tried to explain why some of those items are problematic.”

“They’re, you know, tainted in the blood of millions and millions of Jews who were murdered in World World II and the Holocaust,” said Slobinsky, adding that he asked the auction house if it would be possible to remove some of the items within the lot.

“Nobody should be profiting from selling memorabilia from the Holocaust,” said Slobinsky. “It is obscene to us that anyone would even entertain that idea.”

Slobinsky says the response he received from Maynards was “not positive,” and he was told the auction house would not be removing the items.

According to Hugh Bulmer, Maynards vice president, the auction of the items will be going ahead.

“We are obviously very sensitive to peoples’ worries about the past and how it has affected them,” he told Daily Hive.

“What’s important is to keep the story alive… and [these pieces] are historically important.”

Bulmer explains that tomorrow’s auction contains an array of arms, armour, and wartime pieces from Britain, Japan, and the US.

All of the pieces came from private collections from the US.

The auction will be public and Maynards is expecting buyers from all over the world. Bulmer says there is an opportunity for museums and historical organizations to bid on the pieces.

“We are aware of peoples’ thoughts, whether it’s the Jewish community or communities that suffered under the Japanese or Italians,” said Bulmer.

On social media, several politicians including BC MLAs Selina Robinson and Jas Johal, spoke out about the auctioning of the Nazi memorabilia.

I am appalled that anyone would think this is ok. https://t.co/HYcFj46cBV

Maynards Auctions’ please know Richmond citizens do not support you selling Nazi memorabilia in their community. Pls respect 6 million murdered Jews, and stop this auction! It is disgusting to promote and market genocide.#neveragain #notinmyrichmond #bcpoli pic.twitter.com/Ve9qHMuWKl

“[Please] respect six million murdered Jews, and stop this auction! It is disgusting to promote and market genocide,” wrote Johal on Twitter.

“I am appalled that anyone would think this is ok,” stated Robinson.

“No one should be profiting from that time,” Slobinsky said. “These items belong in …museums or educational institutions where proper context can be provided and they can serve as an educational item for generations to come so the horrors of the Holocaust are not repeated ever again.”