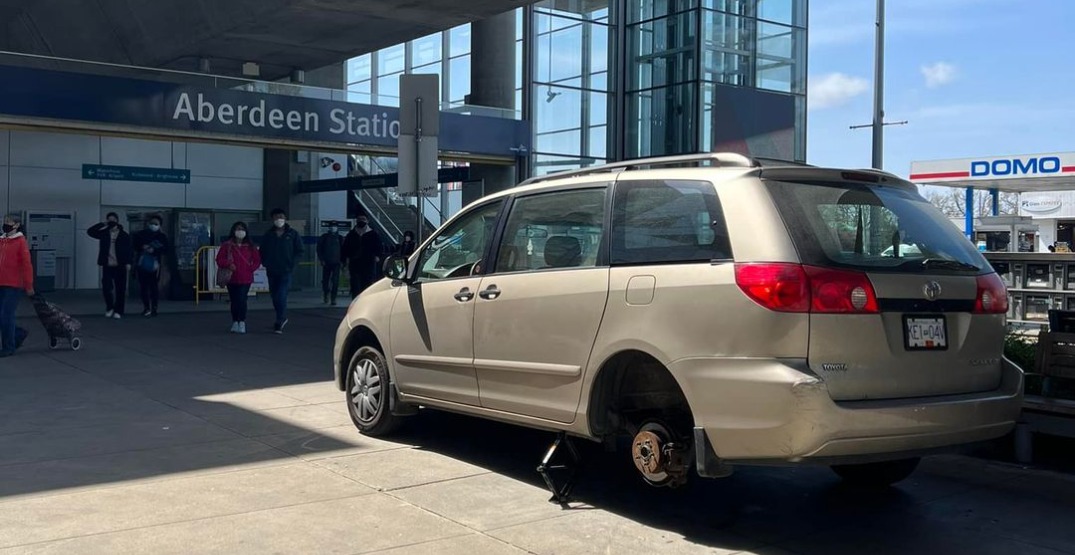 Someone left a car with a missing tire parked at Aberdeen Station this month, according to a Facebook post in “Richmond Learns to Park and Drive.”

“Seems like a good place to get your car fixed,” said the person who posted the photo of the car at the station.

The vehicle’s shown sitting there, as pedestrians stare at it, with exposed metal where one of its tires should have been.

“Would be even better if someone jacked it up and took the wheel for parking there,” one commenter on the post said.

“Nice shop, should get a lot of business there,” another added.

One commenter chimed in, saying, “When you park your bike and take the wheel as thief deterrent…. This is next level.”

This is not the first time someone parked in an odd location in Richmond.

In February, a driver chose to park it in a busy pedestrian plaza, for example.

Neither BC Transit Police nor Richmond RCMP was aware of the car with the missing tire when Daily Hive Vancouver phoned them on the morning of April 26.