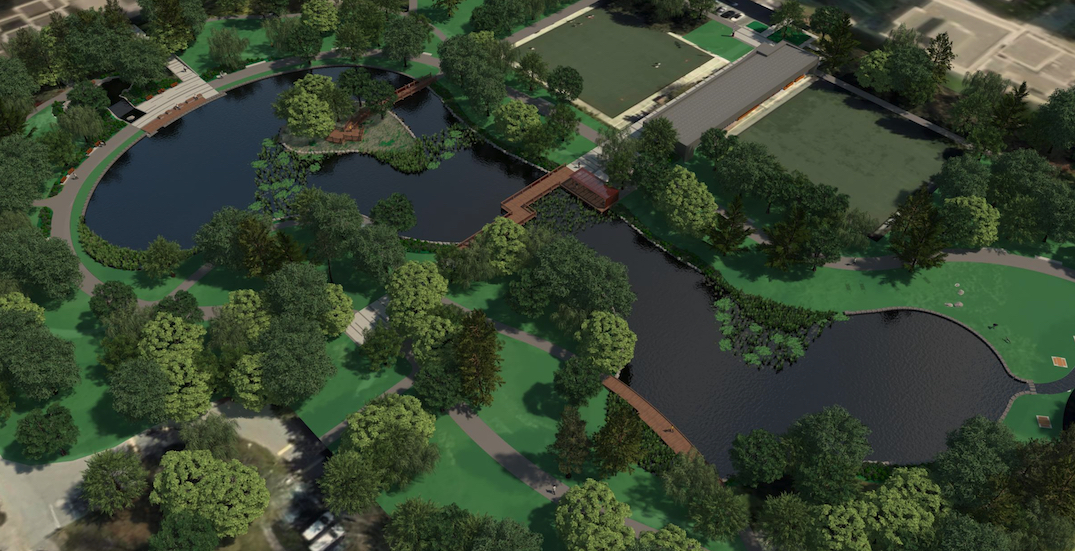 Starting in April 2022, the Minoru Lakes area of Minoru Park, next to Richmond Hospital in Richmond City Centre, will be temporarily closed to allow for construction work to begin on the body of water and public space’s extensive revitalization.

The City of Richmond notes the project is needed as the lakes, originally built in the 1970s, now experience poor water quality, require a high degree of maintenance, and increasingly depend on the use of potable water to sustain water levels.

The added water volume within the smaller footprint is accomplished by increasing the average depth from about 0.45 metres to 1.4 metres to improve water retention. A reduced surface area offset by significantly more depth will result in less water loss through evaporation, and improved water quality. 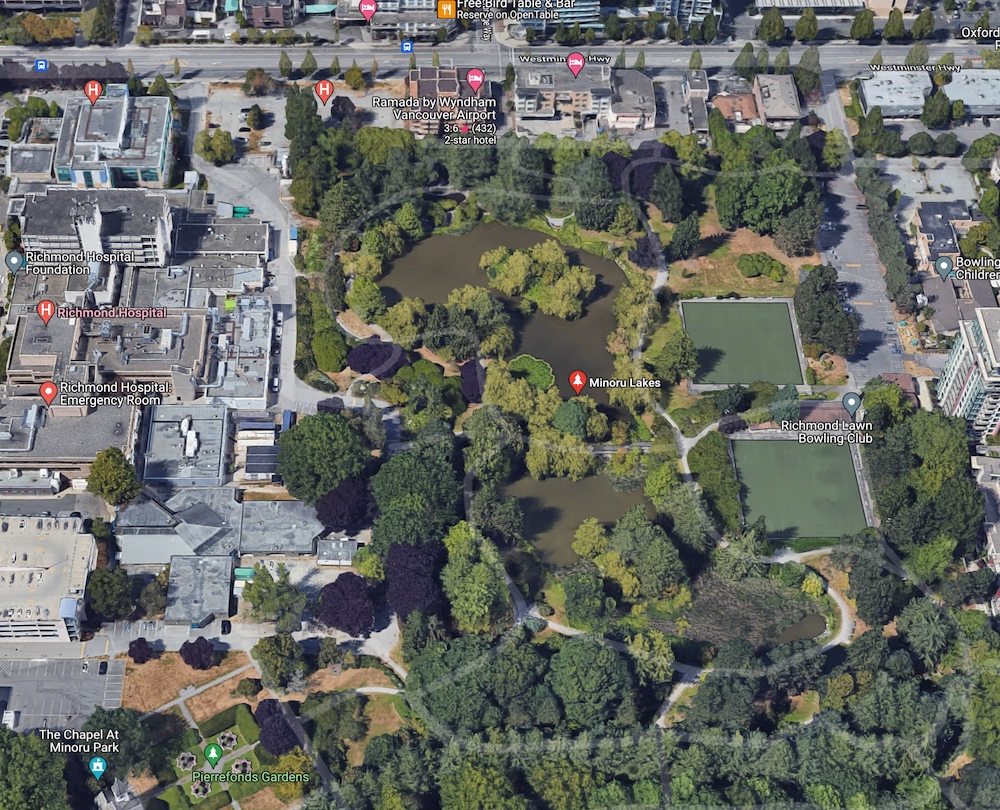 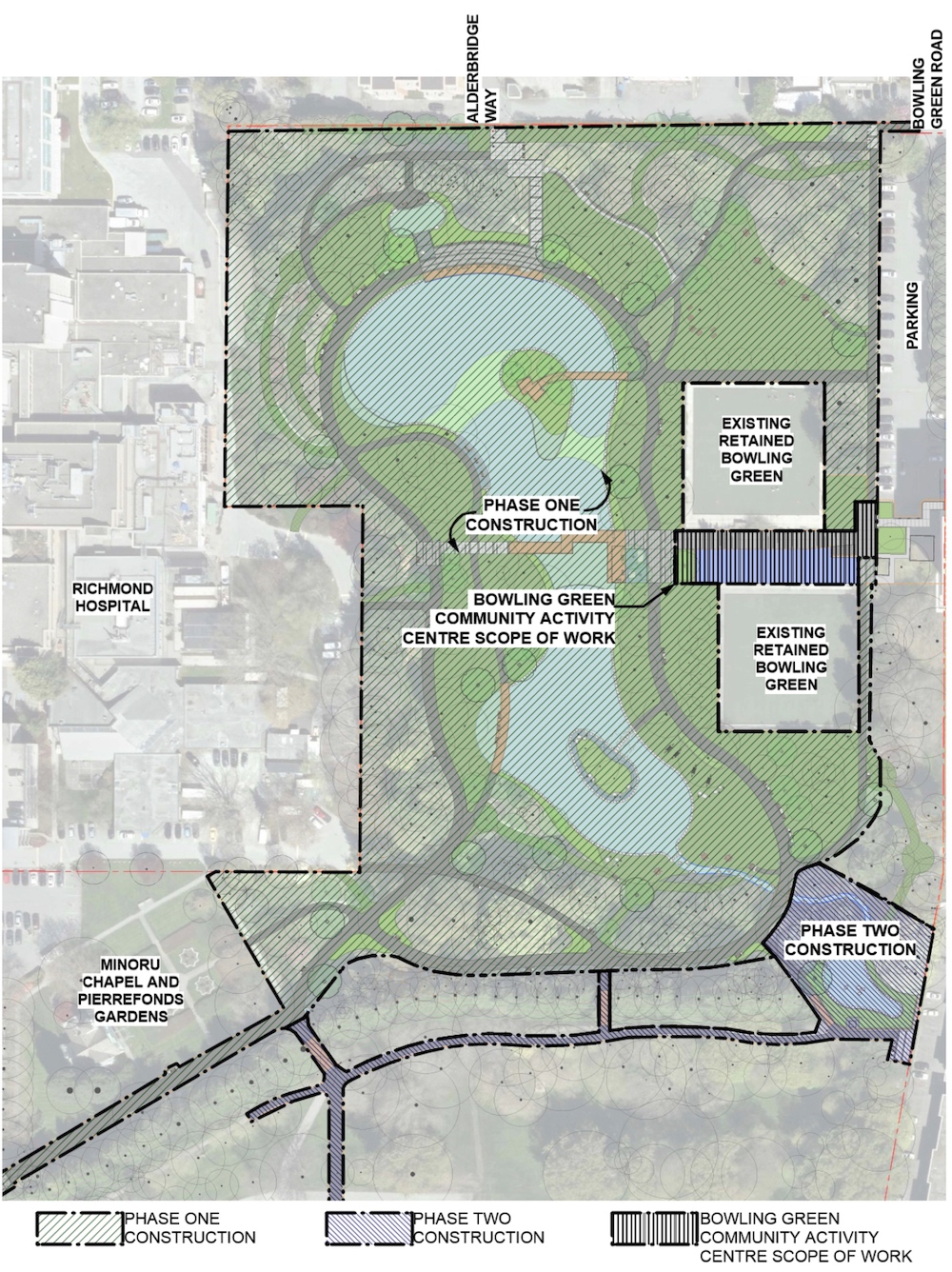 Site plan of the Minoru Lakes revitalization. (City of Richmond)

A new cascading waterfall feature would also be added on the south end of the lakes to provide new water circulation.

And instead of being refilled by potable water, the lakes will have a new water source from rainwater and stormwater.

Through this process, the lakes will be rebuilt with new liners, and embankments made of boulders, stacked stone, and stone-faced concrete retaining walls. 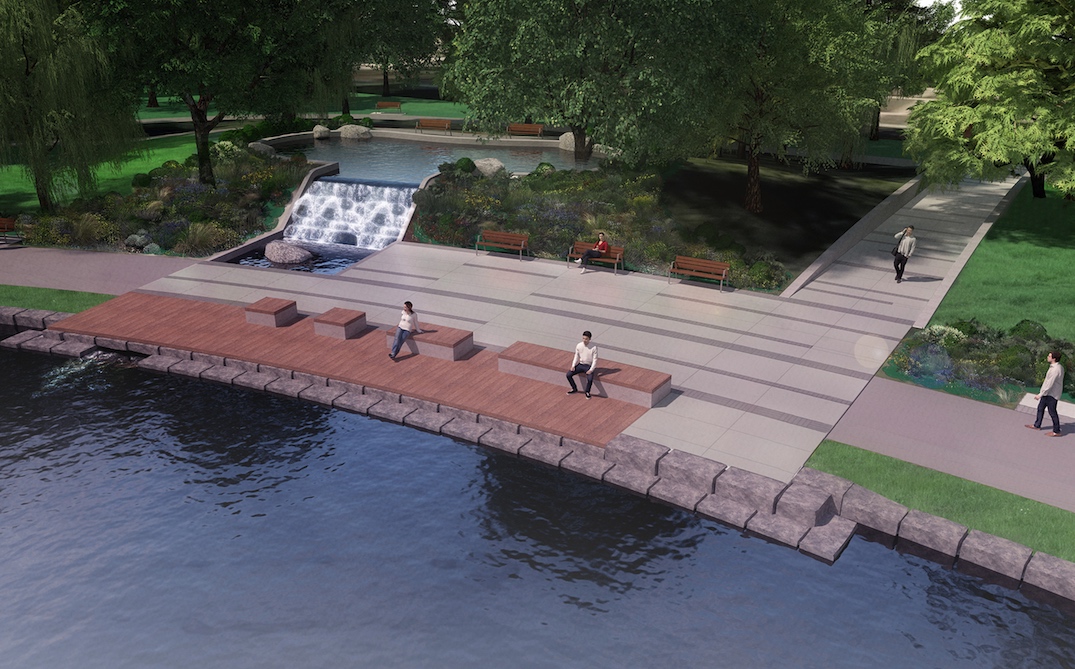 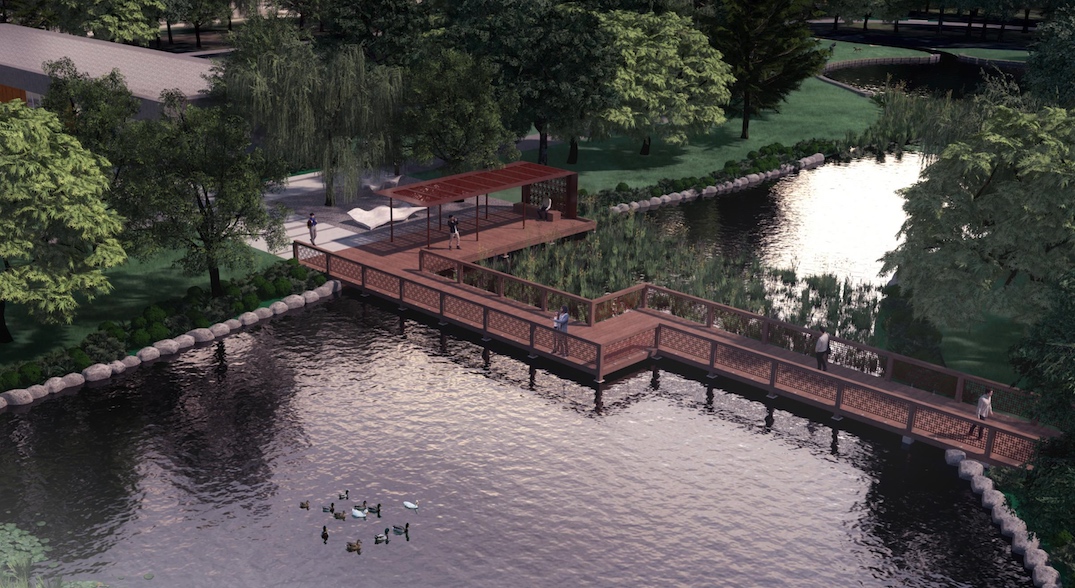 So far, all of this describes the scope of phase one of the lakes revitalization, which is scheduled to reach completion in Spring 2023.

A future second phase involves building a new stormwater detention pond on the northwest corner of the lake, which will receive stormwater diverted from adjacent developments and roadways, as well as the remaining upgrades to plaza spaces, pathways, lighting, furnishings, and plantings.

The entire multi-phased project carries a total cost of $3.15 million, with at least $840,000 being funded by the municipal government, and $2.31 million aimed to be covered by a federal government grant.

Other areas of the 65-acre public park will remain open during construction.