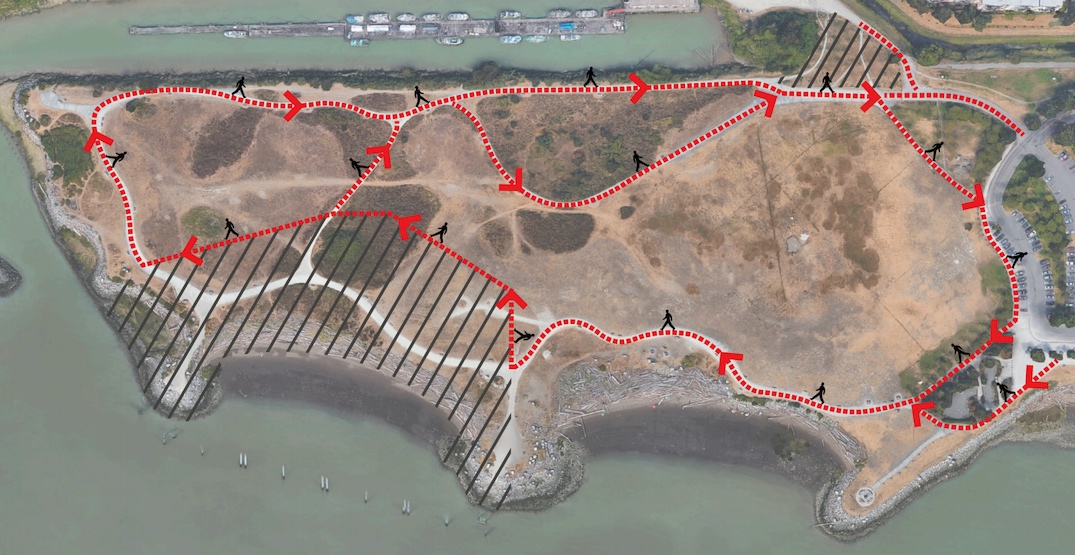 Could the City of Richmond’s new rules for the public for using Garry Point Park be adopted in other highly used public parks across Metro Vancouver to help promote physical distancing?

The municipal government has implemented a one-way walking route for the trails at the riverfront park, located in Steveston.

At certain times over the last few weeks of fair weather conditions, with the blooming flowering trees, large crowds have been seen at this park.

By establishing one-way directions on the trails, city staff hope this will allow park users to better manage their minimal distance separation of two metres from other individuals.

Posted signs along at the park indicate the new directional rules. While outdoor physical exercise is still allowed, provided that physical distancing is practiced, health officials are urging the public to stay home as much as possible and only perform essential trips to reduce the spread of COVID-19.

Please be advised that the City of #RichmondBC has implemented a one-way walking route at Garry Point Park. This one-way route has been established to help facilitate physical distancing on the trail: https://t.co/kkzYuzHjd0 pic.twitter.com/MD2IWBBYRJ

The southwest corner of the park is temporarily closed and fenced off for the television production set of Netflix series Midnight Mass. Filming was scheduled to begin in the middle of March, but it was suspended due to escalating concerns over coronavirus spread.

@WhatsFilming they’ve closed off a huge part of Garry Point Park for a new Netflix show. They put up beach cottages and fake power lines inside and have tons of fishing village stuff. They say they start shooting next Monday and it’s horror. Anyone know more about it? pic.twitter.com/vATWEASl4L