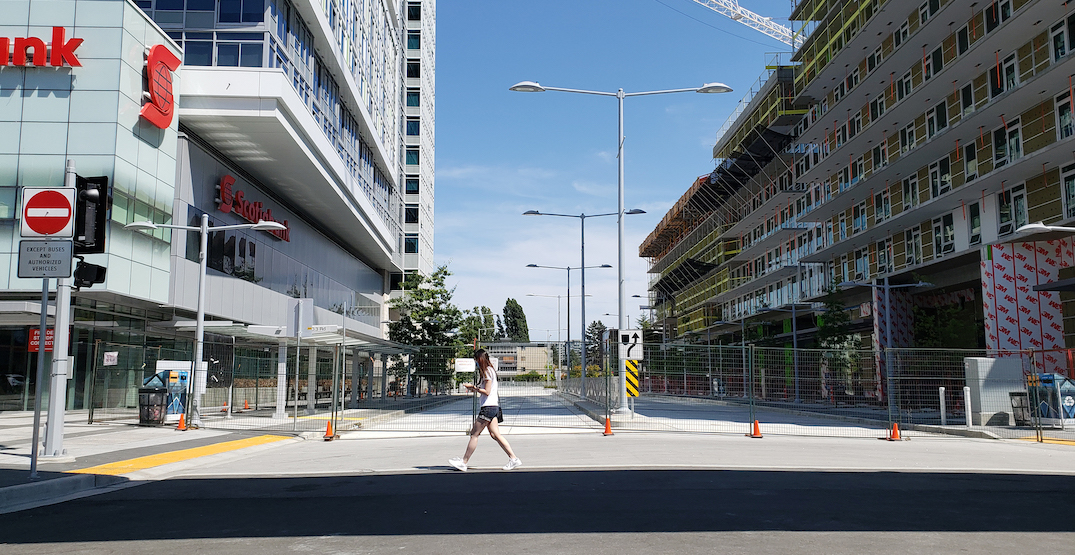 According to TransLink, the bus exchange is on target for an opening in Fall 2020. It reached substantial completion earlier this year, but it was unable to open earlier due to the construction work required by the adjacent The Paramount development immediately to the south.

The bus exchange is a new roadway located between No. 3 Road and Buswell Street, right next to the Canada Line station entrance. 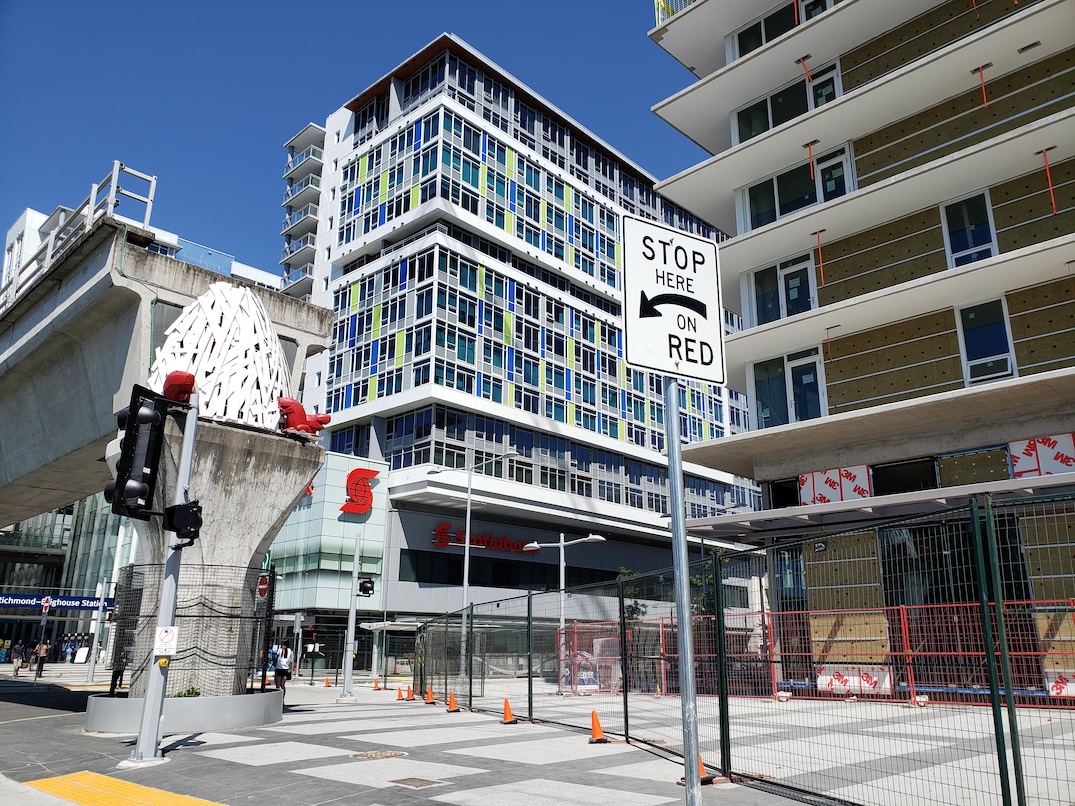 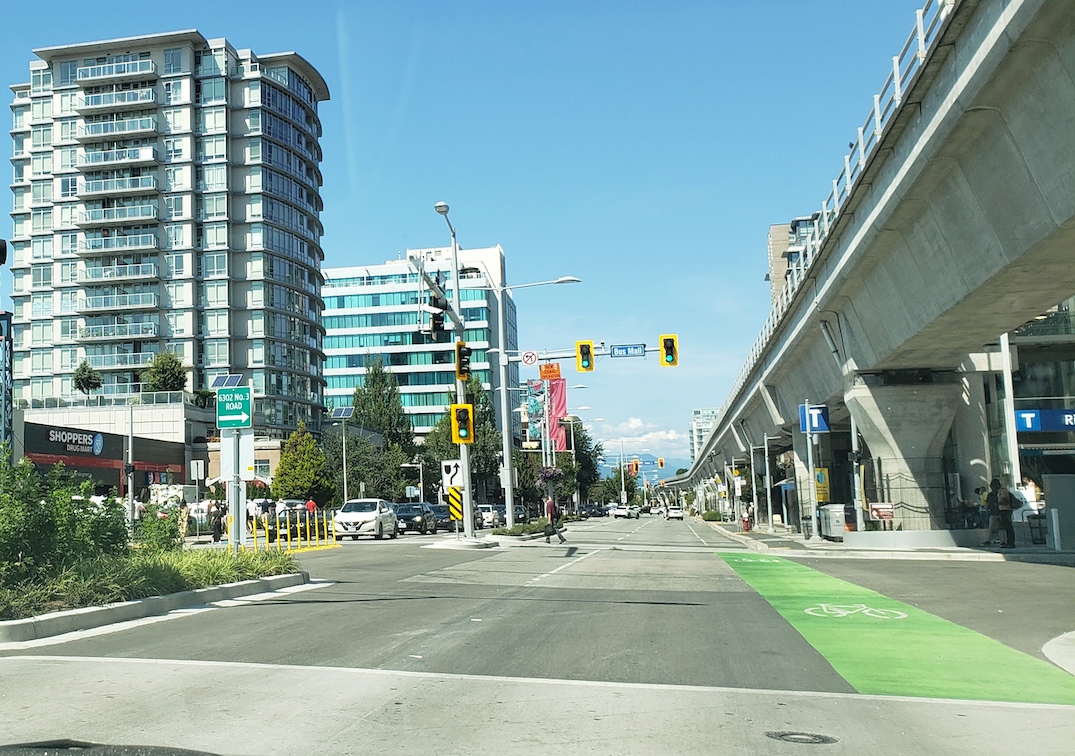 The new intersection for the bus exchange at Richmond-Brighouse Station. (Kenneth Chan/Daily Hive)

A new intersection has been opened up on the No. 3 Road median (previously closed by planters) to provide an entrance for buses into the exchange, and there are new crosswalks reaching the CF Richmond Centre side of the street.

When open, the bus stops for over a dozen bus routes in the area will be centralized at the new exchange, allowing passengers to conveniently transfer between bus and SkyTrain services.

Bus bays for the various bus routes that serve Richmond-Brighouse Station are currently scattered on surrounding streets around the station, and some of the bays are as far as 300 metres away from the station entrance and require crossing No. 3 Road. 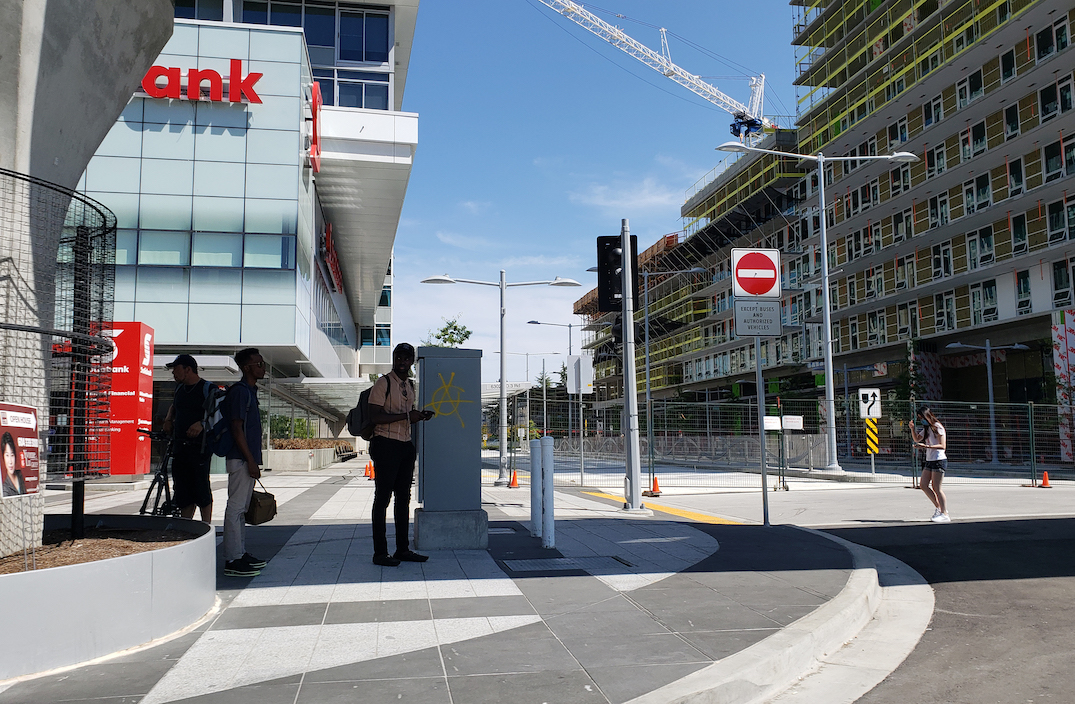 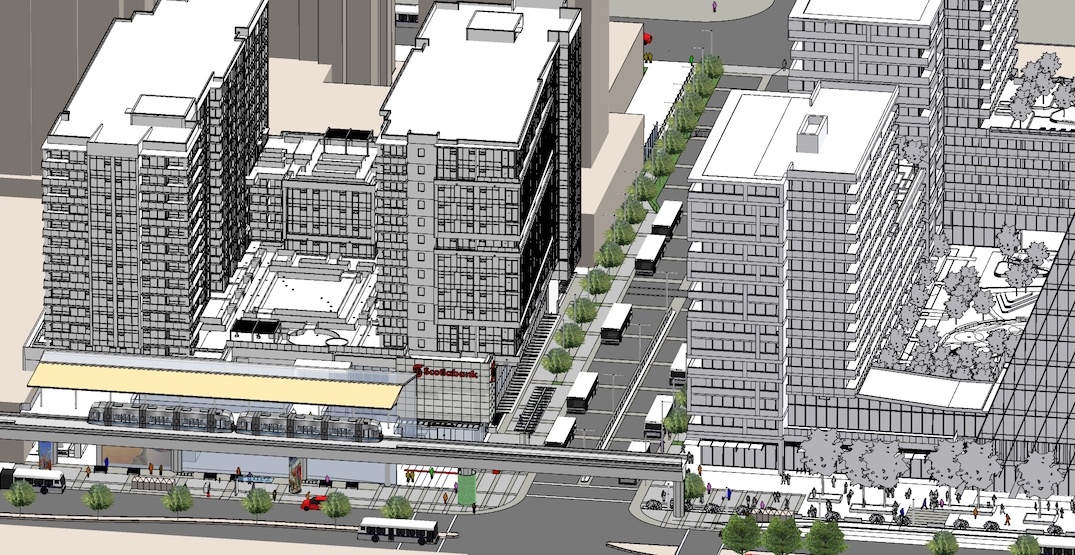 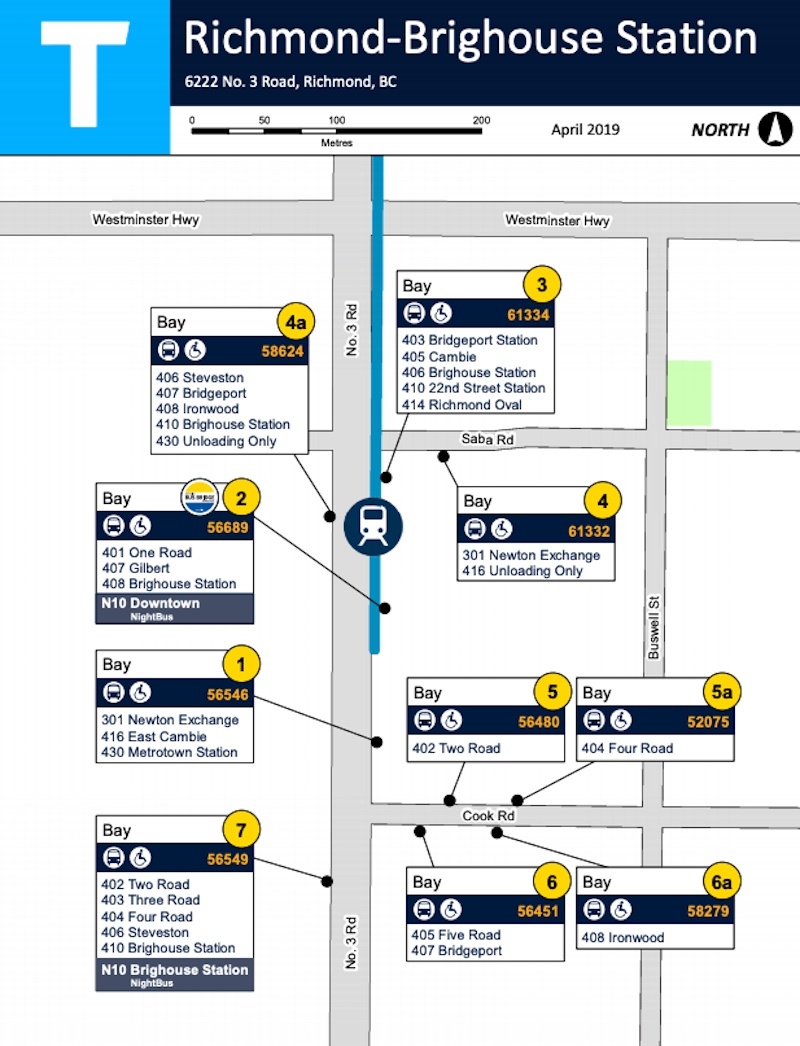 Map of the locations of the existing bus bays serving Richmond-Brighouse Station. (TransLink)

The much-delayed bus exchange, built at a cost of $7.5 million, was first envisioned during the Canada Line’s planning process in the middle of the 2000s.

It will also provide ample additional capacity for future bus service expansion, including the launch of a new B-Line rapid bus route from Richmond-Brighouse Station to Metrotown Station in 2022 or 2023.

The recently-built Mandarin Residences building with Scotiabank fronts the bus exchange to the north, while the under-construction The Paramount fronting the south is scheduled for completion in 2022. The four-building redevelopment includes 30,000 sqft of retail and restaurant spaces, 104,000 sqft of office space, and about 560 homes. 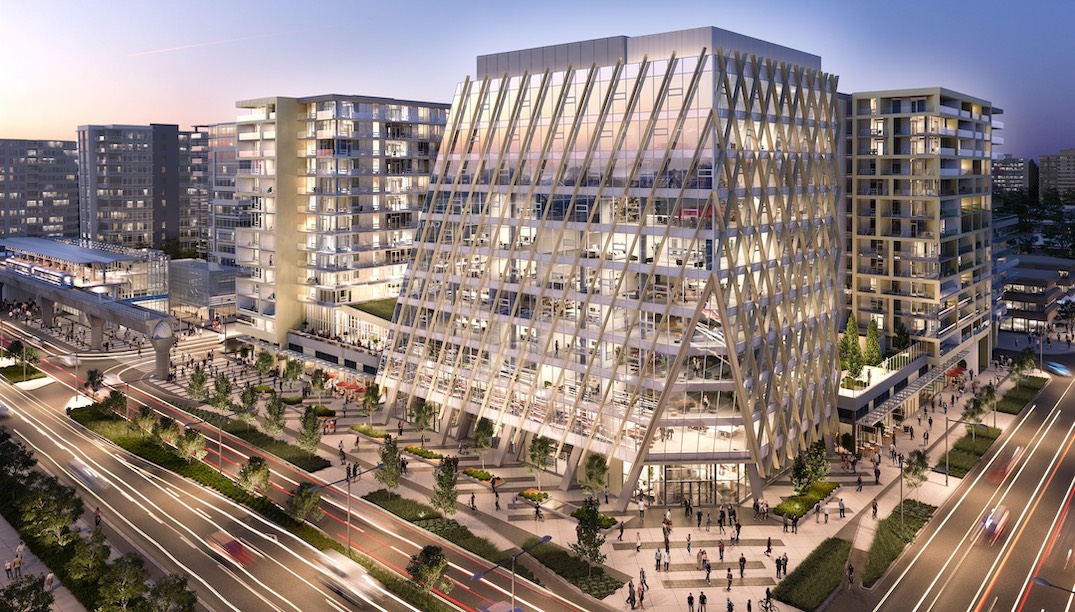 Artistic rendering of The Paramount in Richmond. (Keltic Development)

Artistic rendering of The Paramount in Richmond. (Keltic Development)