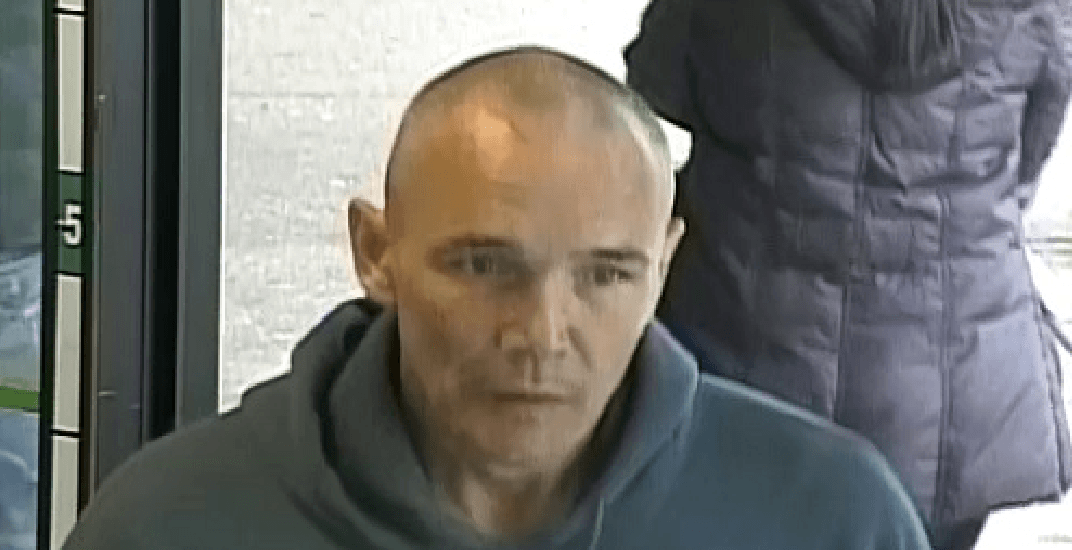 A $10,000 reward is being offered for any information leading to the arrest of a man who allegedly robbed banks in both Burnaby and Abbotsford recently.

In an appeal for public information, both Burnaby and Abbotsford RCMP said Dean Zastowny is wanted for alleged bank robberies in both those cities, as well as “a number of other violent robberies across the Lower Mainland.”

Now, the Canadian Bankers Association has announced it is offering a $10,000 reward for information leading to the arrest and conviction of Zastowny.

In addition to the reward, both police agencies have released video footage of the alleged robbery by Zastowny on October 15 in Abbotsford.

“There is a significant level of violence being used by the suspect,” said Burnaby RCMP Cpl. Daniela Panesar about the video.

“It is hugely important that if anyone recognizes him either from this video or from the photo released by the Burnaby RCMP last Friday that they contact us immediately.”