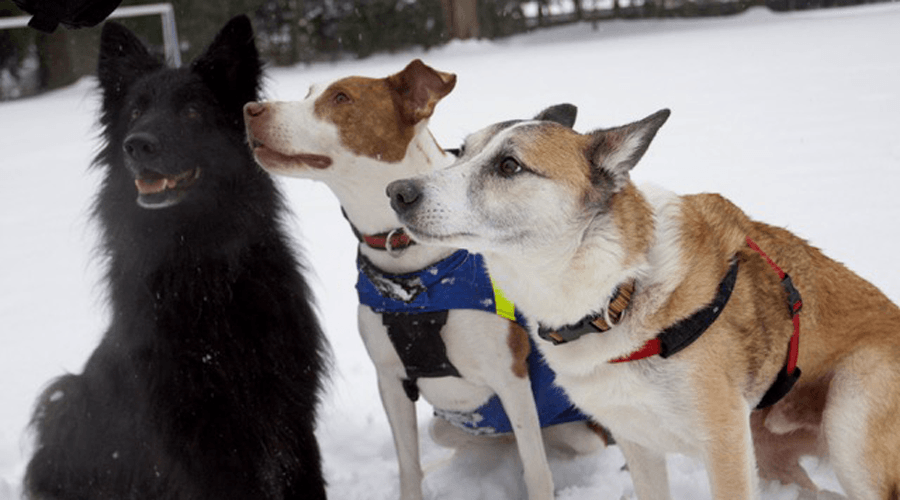 courtesy of SAINTS and Mary Foster

When Daily Hive readers were introduced to Rico last fall things did not look so hot for the old pup.

His family gave him up because they couldn’t afford his vet care, and he was suffering from a painful skin condition. He was then taken to be euthanized because he bit someone, something rescuers think happened because he was in serious physical pain. But his life was spared when he was taken in by SAINTS farm in Mission, where old, sick, unwanted, and generally ragtag animals get a second chance.

Life got better for Rico on the farm: his infections healed and his heartache did too. He did a fair amount of zooming around the acreage and socializing with its menagerie of dogs, cats, and farm animals. 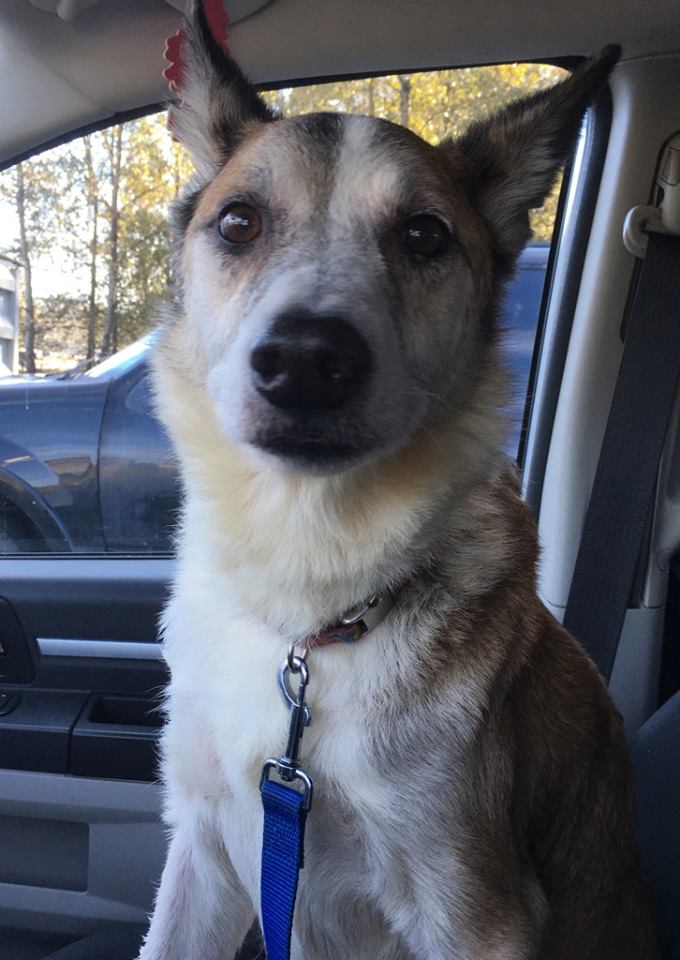 Rico being brought home to SAINTS.

But the 10-year-old dog really didn’t need to be there anymore. What he really needed was a home of his own.

Enter Mary. Her friend shared a Facebook post about Rico after telling a friend she was looking to adopt another senior dog. And it wasn’t long before she adopted him.

In this edition of Rescue Me, Mary tells the story in her own words of how she welcomed Rico into her family, and why she’s a big believer in giving senior dogs a second chance.

I adopted an 11-year-old Aussie, Baila, a few years ago and she had passed away last March at age 14. She was such a delight and I miss her very much. I know that Cargo my German Shepherd misses her too, so I wanted to find another dog that really needed a home. 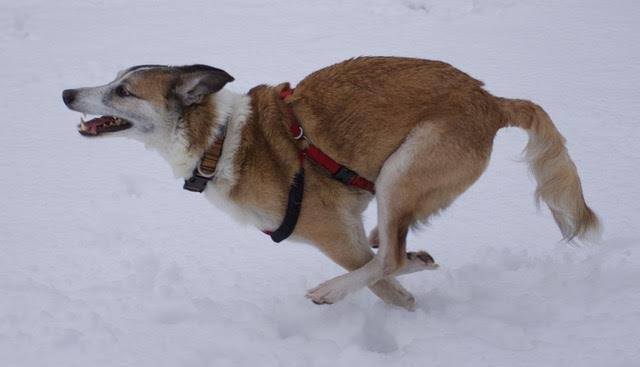 I went to meet him and then Dave and I brought our other dogs Cargo and Abby, our Basenji pit bull mix, out to meet him. We walked with him a bit. They weren’t exactly best buddies right away, but they didn’t seem too upset by each other.

At home Rico was pretty nervous and Cargo was quite snappy with him, he spent most of the first couple days in the corner of one of the couches. He has settled in really well in the past few weeks. Learning to eat new foods, how to use the dog door, going running with groups of people and dogs. He’s learning manners and I’ve started some base work for agility. I’ll enter him in classes in the spring. 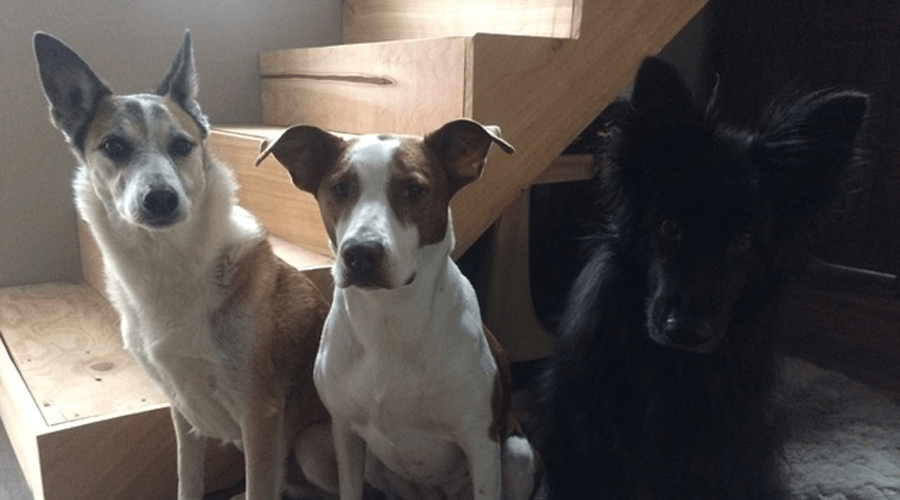 Rico and his new best buddies.

He’s been running with us few times and likes that, up to five kilometres. After that he’s tired. We need to work up slowly, although he does have a lot of playful energy. He loves the toy box. 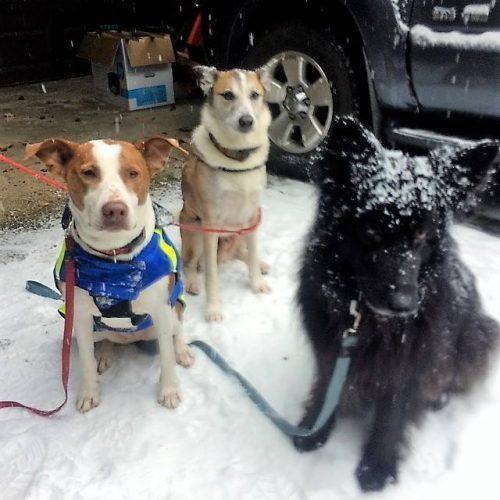 Rico and his new pack.

He’s getting along great with the girls, Abby and Cargo, and has almost convinced them to play. He is such a delight. I’m so grateful to Dr. Loff and SAINTS for saving him. We absolutely love him. I rescue because there are so many that need loving homes. And senior dogs can be the most difficult to find homes for. Rico is an accepted member of the pack now.

There are currently dozens of great animals at SAINTS looking for a forever home. Check them out here.

And if you have your own great rescue story, email me at [email protected] — I’d love to include you in a future story. 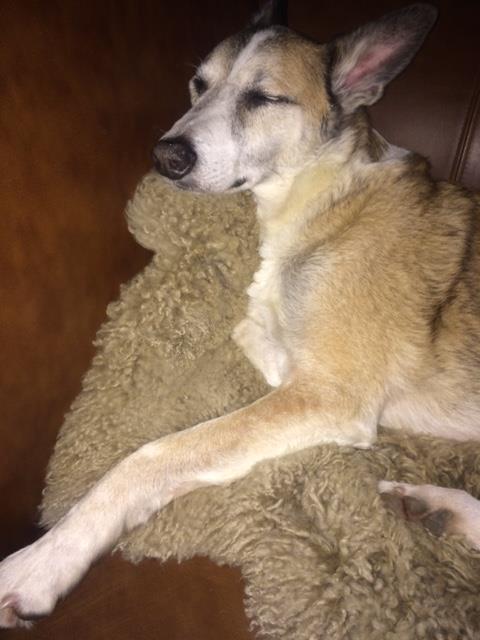 Rico chilling out at his new house.