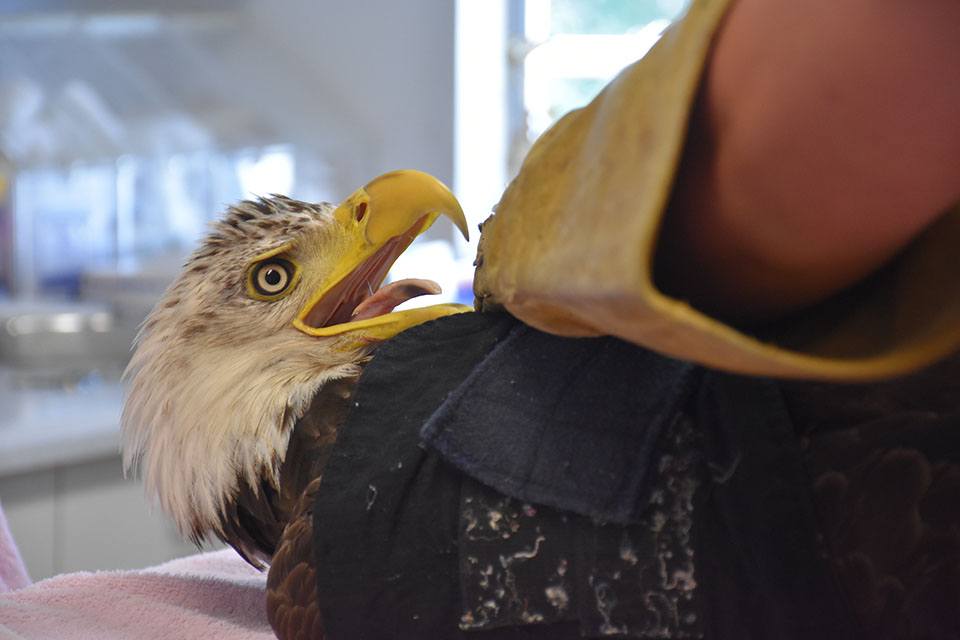 The number of bald eagles electrocuted in BC last month more than doubled compared to the same time period last year, according to the OWL Orphaned Wildlife Rehabilitation Society.

In January 2018, the group received seven cases of electrocutions when the birds touched down on power poles. This year, there were 18 in January, with only four surviving and well enough to undergo treatment.  Only two were eventually released back into the wild. 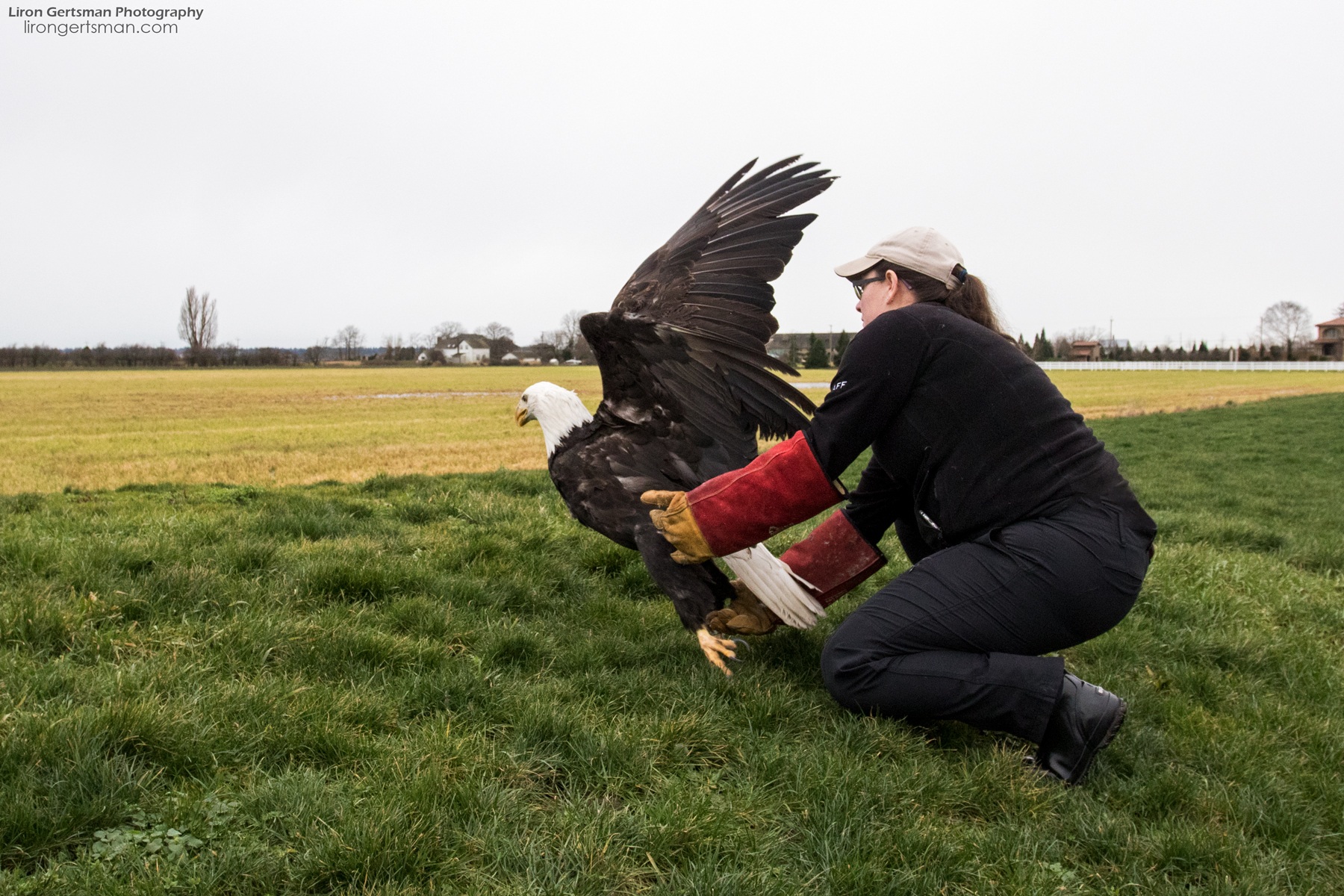 Raptor Care Manager Rob Hope told Daily Hive Vancouver that the intensive care unit has been so full with birds coming in, after being electrocuted and poisoned by lead, that volunteers are having to resort to using dog kennels to make space for the new birds coming in for treatment.

Hope said that electrocuted eagles is a province-wide issue, “they’re found anywhere and everywhere: there’s been a few in Langley and Chilliwack area, some here in Delta, we get them, electrocutions, from all over the place, Haida Gwaii we had one.”

Hope said while there are no concrete numbers, there appears to be more bald eagles this year — and what’s causing the spike in numbers could come down to a couple of factors, one being the environment: how many salmon have spawned, how high the rivers are, if the rivers are frozen, and how many birds are looking for a secondary food source.

“Basically when the salmon are done, they have to find secondary food sources, which is [garbage and recycling] transfer stations and dumps normally, so the salmon runs weren’t as good as in previous years so, you know, they’ve had to come to the secondary areas for food until they go off to their breeding grounds, the adults, and start dispersing,” said Hope. 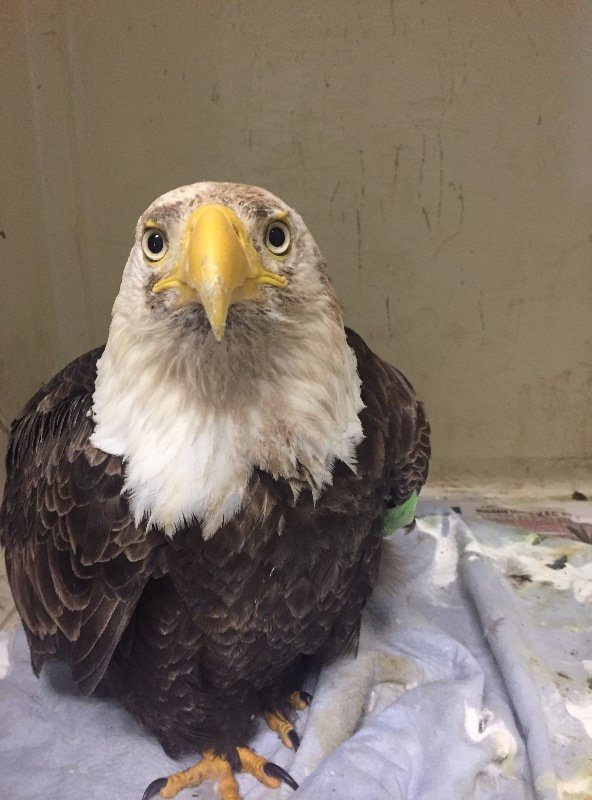 He said that the eagles are gathering in dense numbers, and unfortunately, coming into contact with power pole wires when they are taking off or landing, “the more you get in an area, the more likely stuff is going to go wrong so that could be one of the causes, you know, for it happening… as you’ve got more and more eagles in a smaller area.”

Hope said that the group is tracking and reporting each electrocution case to BC Hydro to eventually come up with a solution, adding that the corporation has been working on rectifying the power poles.

In a statement, BC Hydro said it does undertake preventative measures to protect wildlife and birds from coming into contact with its power lines and electrical equipment.

It said in an effort to protect eagles, it builds perches, guards and line underbuilds, and installs diverters. Those “bird diverters” are installed on power lines across the province. They are designed to increase visibility of the line by reflecting and glowing-in-the-dark to prevent birds from coming into contact with lines by allowing them to see obstruction up ahead.

BC Hydro said it reports and tracks incidents of birds coming into contact with equipment so it can identify problem areas and where to install the equipment needed to protect the animals.

Meanwhile, Hope said that if you come across a bald eagle, or any bird of prey, that has been electrocuted or poisoned, to call the Wildlife Rehabilitation Society as soon as possible.

“The biggest thing on us helping these guys is being able for somebody to stay with the bird even if they don’t catch it on their own, just having eyes on the bird because, of course, if they’re hurt, they’re going to go hide and if we send a person out and the birds already moved, we’ll never find them,” said Hope. 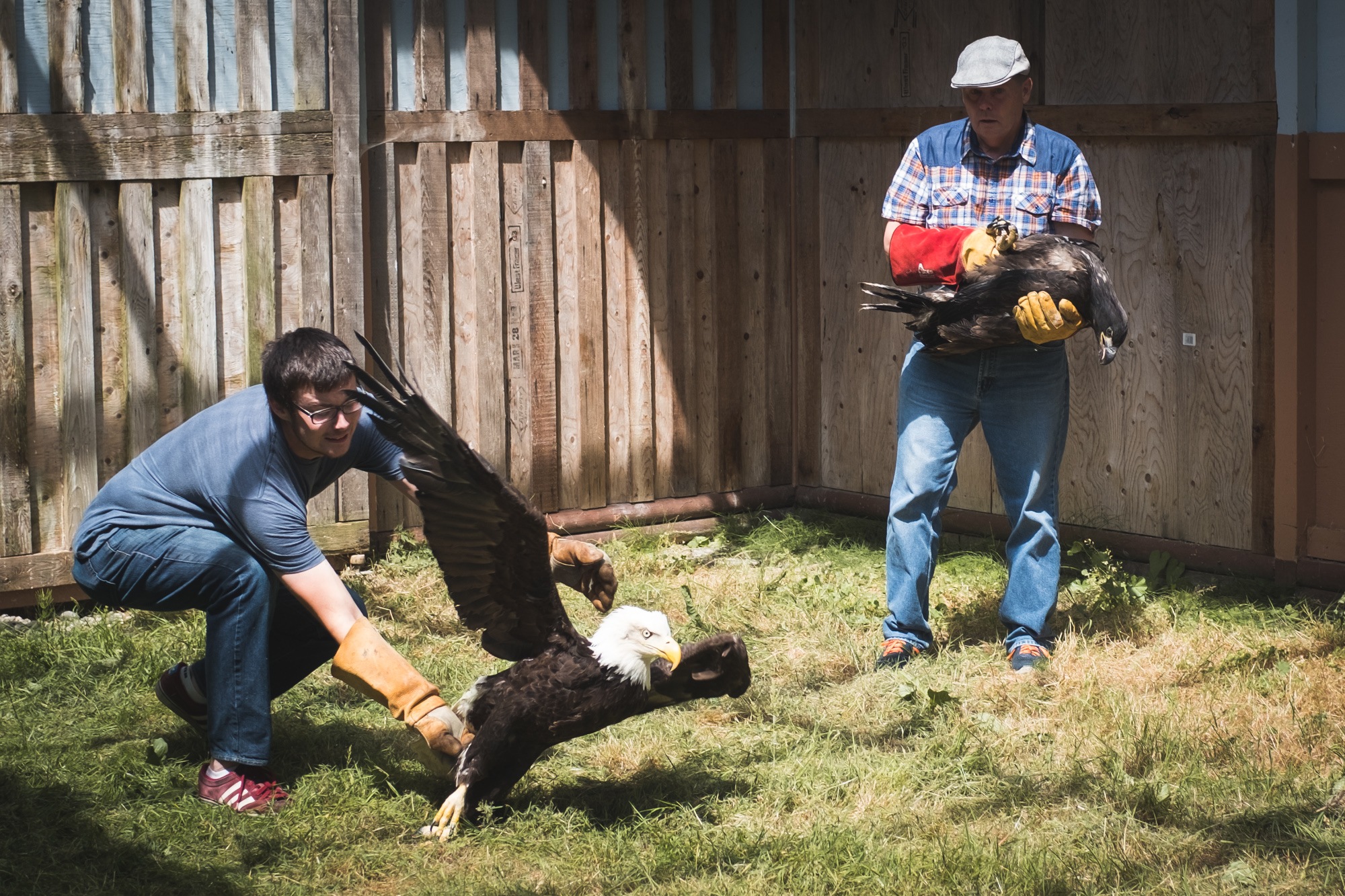 Hope adds there may be situations when the group asks you to get the injured animal if you’re comfortable because “if it’s contained, then it makes our job easier — but nobody can, you know, pick them up and take them home or anything because that is illegal, so they would have to contact us first.”

If you would like to help the centre care for these animals, Hope said they’re always looking for funding to help with medications and they always accept volunteers — adding every little bit of support helps the birds.