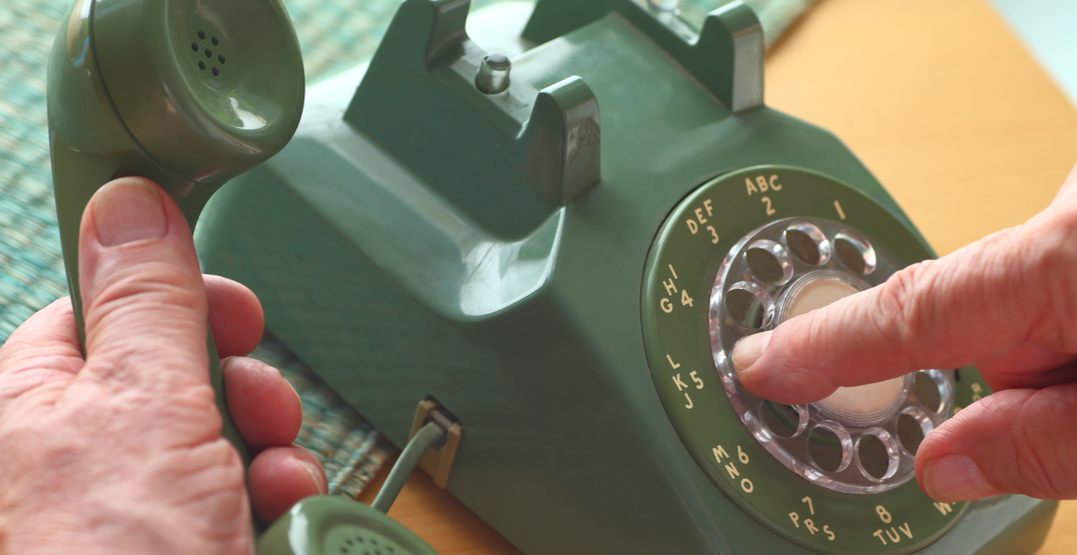 A new report from Statistics Canada shows that Canadians are slowly but surely replacing their landlines with cellphones.

Now that nearly everyone has a cellphone in their pocket – or at least 87.9% of Canadians, according to Stats Canada – it comes as no surprise that old-school landlines are being replaced.

That’s not to say that the landline has become completely obsolete; 66.8% of Canadian households still report having a landline according to the 2016 Survey of Household Spending, though that’s down from 89.3% in 2010.

Breaking things down by province, Alberta is leading the way in landlineless households, with only 60.5% still sticking to at home phone service, and a Canada-wide high of 92.9% of Albertans owning a cellphone – that’s 38.6% choosing to go cellphone only.

Contrast that with the other side of the country, where 85.7% of New Brunswickers are refusing to cut their landlines, even though 82.8% of residents own cellphones.

Newfoundland and Labrador are also holding their landlines closer than the rest of the province, while BC, Ontario, Saskatchewan, and Manitoba all show the percentage of households with landlines at lower than 70% in 2016. 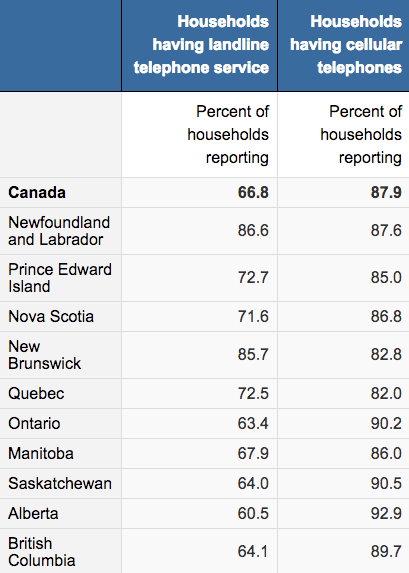 Percentage of Canadian households with cellphones or landlines, by province (2016 Survey of Household Spending/Statistics Canada)