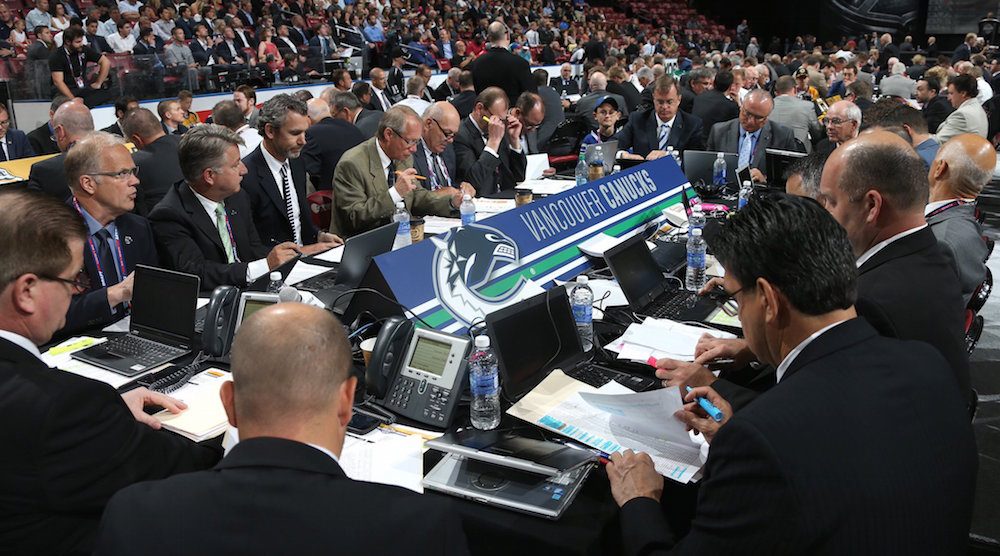 Canucks fans upset by years of poor draft results may soon get their wish granted.

Matt Sekeres reported on TSN 1040 on Friday morning that a major shakeup could soon be coming to the team’s scouting staff.

“There are changes coming, perhaps even big changes,” Sekeres said (thanks to Canucks Army’s Vanessa Jang for transcribing). The Canucks are going to get through the Draft and July 1st period, and then start re-tooling their scouting department. I’ve had three people who characterize it as an open secret in the scouting fraternity.”

The changes reportedly could go as high as John Weisbrod, the Canucks’ assistant general manager.

“The other open secret was the low morale of the scouting staff, who sometimes chafe working for Weisbrod and Benning.”

“One source told me the Canucks are having a purging of the scouting department, another called it a shake up,” Sekeres added.

A scout (not affiliated with the Vancouver Canucks) that spoke to Daily Hive at the NHL Draft in Chicago speculated that nearly everyone would be cleared out.

Sekeres said that he expects Ryan Johnson and Dan Cloutier, relatively new members of the organization, to have elevated roles.

Vancouver’s scouts will remain with the organization through the NHL Draft, which goes Friday and Saturday in Chicago. An announcement regarding the changes to the staff is expected in early July.