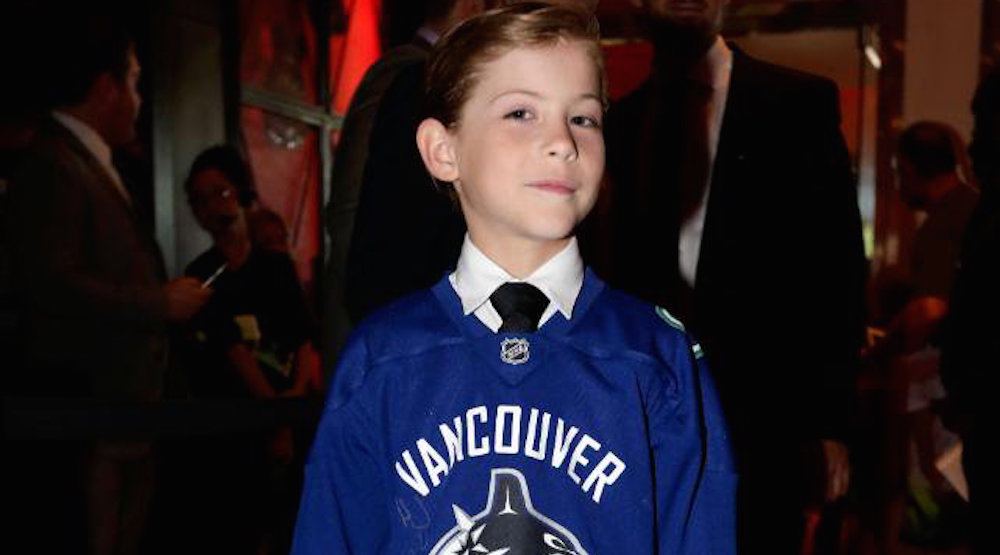 Despite not being up for any hardware, there was some Canucks representation at the annual NHL Awards in Las Vegas on Wednesday.

For the second straight year, 10-year-old Jacob Tremblay presented an award. At the 2016 NHL Awards, the Vancouver actor presented the Calder Trophy, while wearing a Canucks jersey.

This year, he was given the task of presenting the Bill Masterton Memorial Trophy, the award given to the player that “best exemplifies the qualities of perseverance, sportsmanship, and dedication to hockey.”

Wearing a suit this time, the Canucks got a mention from the long suffering Canucks fan.

Watch the Canucks get roasted in the cutest way imaginable:

.@JacobTremblay can speak for #Canucks fans everywhere as he chirps the team at the #NHLAwards. Crowd reaction says it all. pic.twitter.com/NQb1SqJhlp

Tremblay then told the crowd that he was a Canucks fan and that “they” made him say that.

The witty youngster eventually presented the award to this year’s winner, Craig Anderson of the Ottawa Senators.