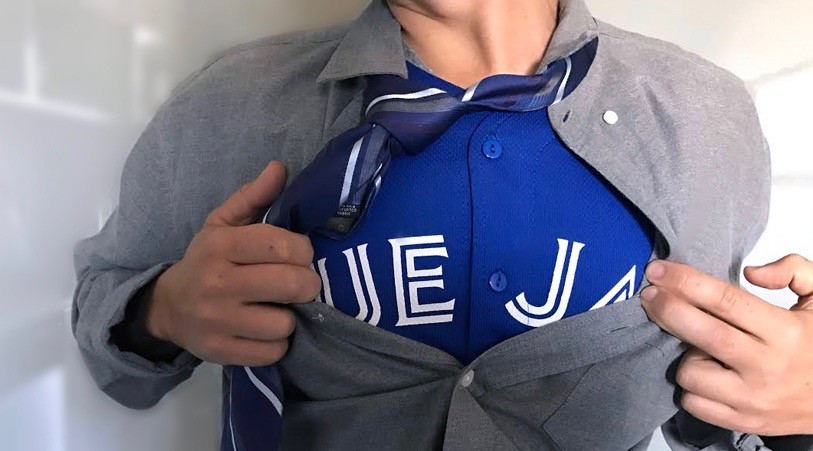 It’s a workday for the Toronto Blue Jays too.

And since it’s Friday and Fridays are practically the weekend, we’re pretty sure you have a patriotic duty to step out on your boss and watch the Jays in their quest to win the World Series (hey, we’re 2-0 so far in the 2016 playoffs).

So sit back, relax, and get ready to lie, ’cause we have 11 great excuses to get you out of work today.

“I Accidentally put my turkey in the oven early.”

Hey, it’s Thanksgiving, we all make mistakes. But your house shouldn’t have to burn down because you got overexcited for leftovers.

“My kid got in a fight at school”

Damn kids, always fighting. Throw in a, ‘one more and we’re sending him off to military school’ just to drive home the lie.

“I left my wallet in an uber on the way to work.”

It’s probably going to take you the whole afternoon to track it down. What, no, you can’t use your app to have them bring it to you, that’s ridiculous, you have to go and get it.

“My husband/wife/partner/child/fake person just told me a pipe burst at home.”

And you are incurring water damage just to even bother telling your boss.

Don’t ever say the word diarrhea, but definitely imply it.

“My home alarm is going off.”

This has never happened before. Somebody is definitely breaking into your house right now.

No one will ever question this. Ever.

“I have to meet a potential new client for lunch.”

Subtly imply that this new client enjoy a liquid diet and you’re going to have to take one for the team and impress them by having several martinis.

“I just found out my spouse is having an affair.”

Sure, this could lead to all sorts of trouble later. But it’s also guaranteed to work and the game starts in 30 minutes so…

Look them straight in the eye, look as deadly serious as possible, and stress the need. If you have a good record as an employee this one time get out of jail free card should work just fine. Pro tip: rub your eyes until they look like you’ve been crying a little.

No excuse, just don’t come back from lunch

Forget stressing about excuses, just don’t go back. Sure, you’ll have to ‘deal’ with this on Tuesday and there might be ‘consequences’ but who’s thinking about that right now?