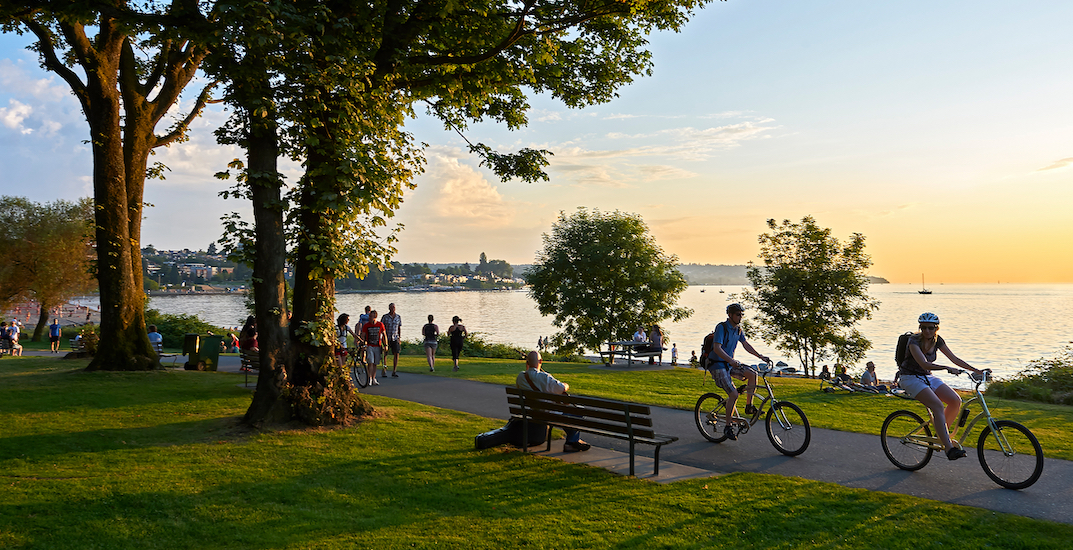 The real estate firm, Redfin, has released its inaugural ranking of the most bike-friendly cities in Canada and BC, Quebec, and Ontario dominated the leaderboard.

Using its Bike Score tool to rate Canadian cities, Redfin compiled the ranking based on several factors including access to bike lanes, road connectivity, and hilliness.

Redfin has Bike Score information, its tool to tally up points for cycling cities, on more than 300 cities in Canada with populations of more than 50,000.

Bike Scores are valued with different weights, according to Redfin, and cities with scores of 90 points and higher means “daily errands can be accomplished” and cities within the 70 to 89 point range means biking is “convenient,” while scores between 50 to 69 points means the city has “some form of bike infrastructure.”

Below is a ranking of the top 10 Canadian cities for biking: 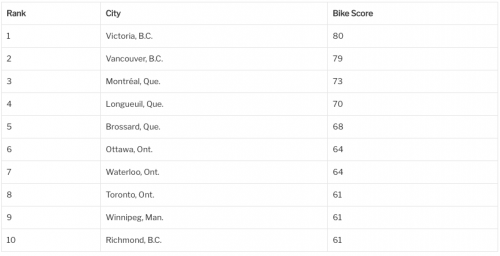 The real estate company compared the top Canadian cycling cities with the same report they conducted for US cities in which Minneapolis, Portland, and Chicago finished in the top three with respective Bike Scores of 84, 82, and 73.

“Victoria and Vancouver have similar scores to Minneapolis (84) and Portland (82), the most bikeable cities in the US, but the scores are well above their neighbour to the south, Seattle, which clocks in at 70,” states the report. “Canada’s third most bikeable city, Montreal, has the same score — 73 — as Chicago and Denver, the third and fourth most bikeable places in the US.”

“Vancouver has gone through significant reconstruction to make it as bike-friendly as possible over the last decade,” said local Redfin agent Brooks Findlay. “The bridges have been retrofitted with bike lanes and it’s almost impossible to find a street downtown that’s not marked with bike routes.”

To read the full report, visit the Redfin website.