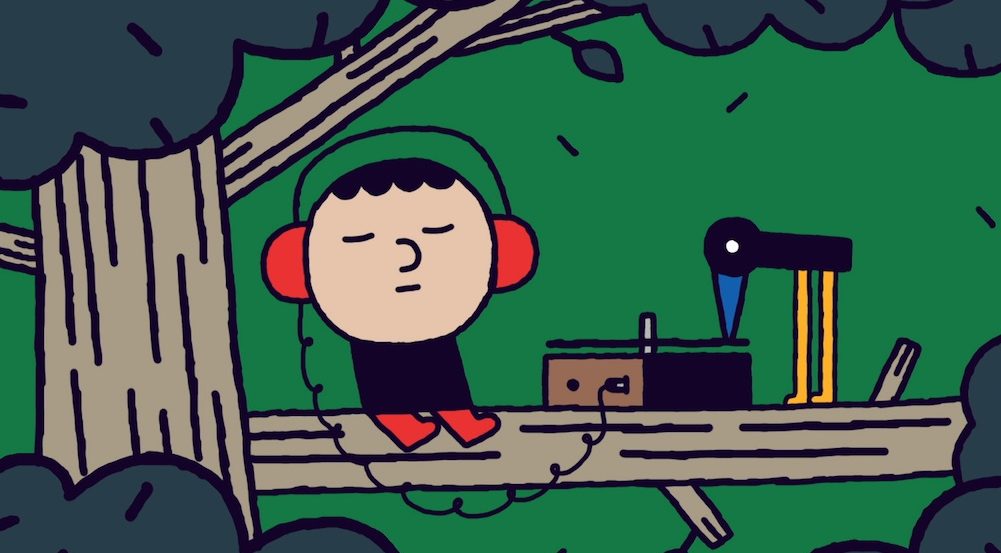 There are many stories to be told about music collaborations.

In Canada, the overflow of artists and some recent collaborations have been captured in a short animated series entitled The Junction. Presented by Red Bull Music Academy, The Junction‘s release coincided with the Academy’s 18th edition, which has been taking place in Montreal.

From Kaytranada to BadBadNotGood, The Junction premiered on September 22 showcasing life moments of musical talent and the unexpected stories of how local collaborations happen. In producing The Junction, Red Bull Music Academy partnered with Booooooom, Canada’s most renowned and wide-reaching online arts publications whose founder, Jeff Hamada, also serves as the creative director behind the series.

“We designed it as an opportunity for Canadian artists to tell stories about significant encounters with other artists that ultimately changed the way they approach music, and we commissioned a group of our favourite Canadian animators to bring those stories to life,” said Hamada.

When Vancouver-based Hamada and his team pitched the initial idea of a documentary series to Red Bull, he was unaware that they were brainstorming for the Music Academy in Montreal. “They were really interested right away, and we were able to change aspects of our idea to make it something that really fit with their programming. Montreal has such a rich history in animation so it felt like this worked on multiple levels,” he said.

The six animated shorts follow a wide range of styles and animation techniques from a variety of animators, including Academy Award nominee Patrick Doyon. As for musicians, Grammy winner and piano maestro Chilly Gonzales is in one episode with Toronto’s Peaches. Recent Polaris Music Prize winner Kaytranada is in another with 2016 Academy participant River Tiber, and other episodes include Lunice, Ango, A-Trak, BadBadNotGood, and Future Island’s Samuel T. Herring.

“It was amazing to have all these talented people on board to share their stories, definitely,” Hamada said. “It was cool to have Kaytranada involved. He’s one of our favourite artists and it was exciting to see him release his album and take down the Polaris Music Prize all during the time we were working on this thing.”

With the humour and depth of the full length interviews, there was enough material that Hamada wishes he could release the rest as podcasts. “A-Trak and Catchdubs’ interview was really funny, and I wish more of it could have made it in the final edit. A-Trak’s love for the reality show ElimiDate could have been it’s own episode,” he said.

With all six episodes now online, it’s interesting to see the connections that Canadian artists make, and how some of the industry’s recent collaborations have come about. The episodes are funny, entertaining, and along with the Canadian music, animators, and creators, support for the project came through from the National Film Board of Canada as well.

Besides his excitement working with the animators and sound designers, Hamada was also excited about The Junction as a Canadian made series.

“We have some of the most talented people in the world right here in Canada,” he said. “Musicians, visual artists, it’s an exciting time for our country. We should be really proud about that. I think stuff like this helps build a real camaraderie, a sense of pride.”

A global music institution, the Red Bull Music Academy takes fostering creativity in music to the next level. From its founding days in 1998, the Academy selects emerging musicians annually for its five week intensive learning program, which is based in a different city each year. This year, the Academy returned to Canada and began taking place in Montreal on September 24. This year’s Academy concludes on October 28.