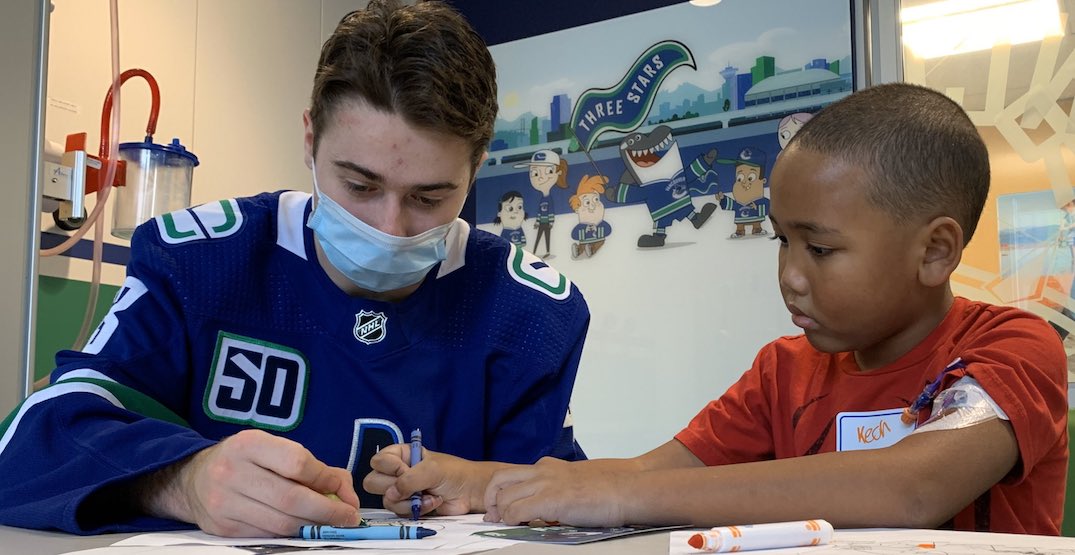 A total of $7.1 million was raised by the Canucks for Kids Fund this season, shattering the previous record ($4.7 million, set in 2018-19) of the charitable arm of the Vancouver Canucks.

A total of $1.2 million has been donated to COVID-19 relief efforts, with the remaining money going to local charities.

“We are so grateful to be able to support both our core beneficiaries as well as some new worthy causes during these challenging times,” said Paolo Aquilini, president of the Canucks for Kids Fund. “Raising $7.1 million couldn’t come at a better time. It allows us to support children’s charities now, while also giving us the ability to hold back some funds to ensure we can support charities at some level next season as well, particularly with so much uncertainty. The generosity of our fans also gave us the ability to expand our reach this year to include relief for those hit hardest from COVID-19.”

The Canucks for Kids Fund assists charities that support children’s health and wellness, fosters the development of grassroots hockey, and facilitates and encourages education in BC. Its three core beneficiaries are the Canucks Autism Network, Canuck Place Children’s Hospice, and BC Children’s Hospital Foundation.

Much of the money donated came from 50/50 raffles, but was helped also by the generous donation of a former season ticket holder.

“We would also like to extend our deepest appreciation and gratitude to former Vancouver Canucks Season Ticket Member, Alice Bacon and her family, for the incredible $1.8 million estate gift to the Canucks for Kids Fund,” continued Paolo Aquilini. “This was an unexpected and transformational gift that has helped us help so much more during this extraordinary time.”

Every dollar raised through @CanucksForKids will support kids & families across BC who need it most. From the bottom of our hearts, thank you #Canucks fans! pic.twitter.com/GZwWG02wAJ

It was a record-breaking season for the 50/50, with a whopping $9.5 million raised in total jackpots, with half that money going to the raffle winner and half going to charity. The largest jackpot of the season came on December 10 during a game against the Toronto Maple Leafs, when the jackpot surpassed $1.39 million. The Canucks also hosted three COVID-19 relief raffles during the pandemic, resulting in over $1.38 million in total jackpots.

The Canucks for Kids Fund has now granted more than $71 million to BC charities supporting kids and families since its inception 34 years ago.