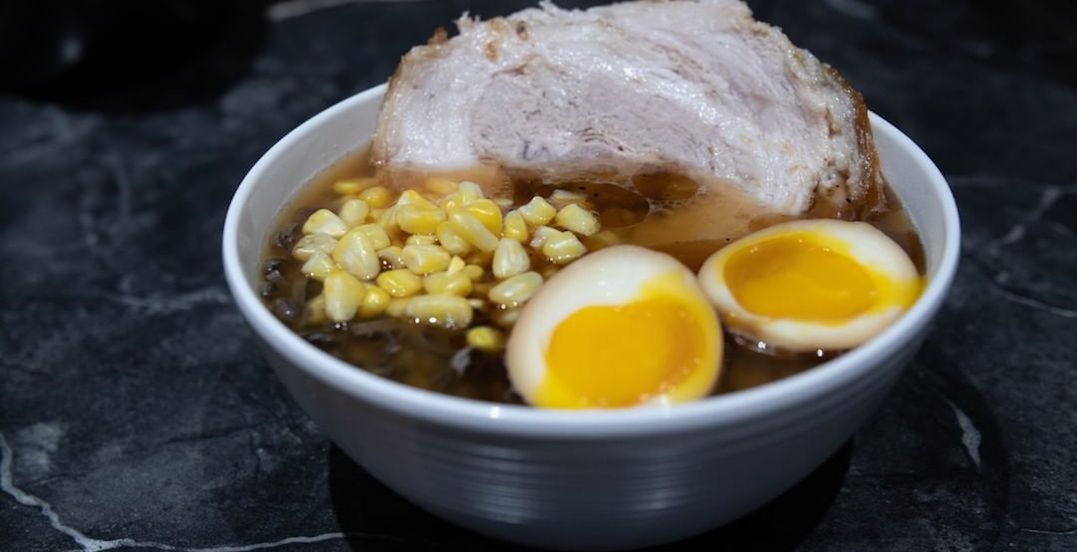 For those who love the comforting flavours of childhood, but are also amping up their health-goals, it can be tricky to strike a balance when it comes to food.

Which is why he developed Rebel Ramen: a high-protein, gut-friendly instant ramen that combines health with familiar flavours. After developing the product with Toronto chefs, Au started a Kickstarter campaign in order to raise money to manufacture at scale.

And it ended up being met within one day.

Starting with sales across Canada and the US, the Kickstarter’s timeline projects sales to begin in June of this year.

“The idea for a healthier ramen came up when I was joking around with my friends. My first thought was ‘that can’t be done’—but the more I considered it, the more I wanted to try,” Au wrote in the campaign’s description.

There are two developed flavours of the noodle bowls: spicy savoury and miso. And while the packaging isn’t finalized yet, the protein-packed black bean noodles take only three minutes to prepare… just like your classic packaged ramen faves.

Au wrote that all of their ingredients are natural, and you can count them with your fingers. Which means there won’t be an overload of unnecessary (and unpronounceable) extras thrown into the mix.

And all the bowls are low-carb — making them keto friendly — and vegan.

According to the Kickstarter, each ramen meets and surpasses the macronutrients of a protein shake. 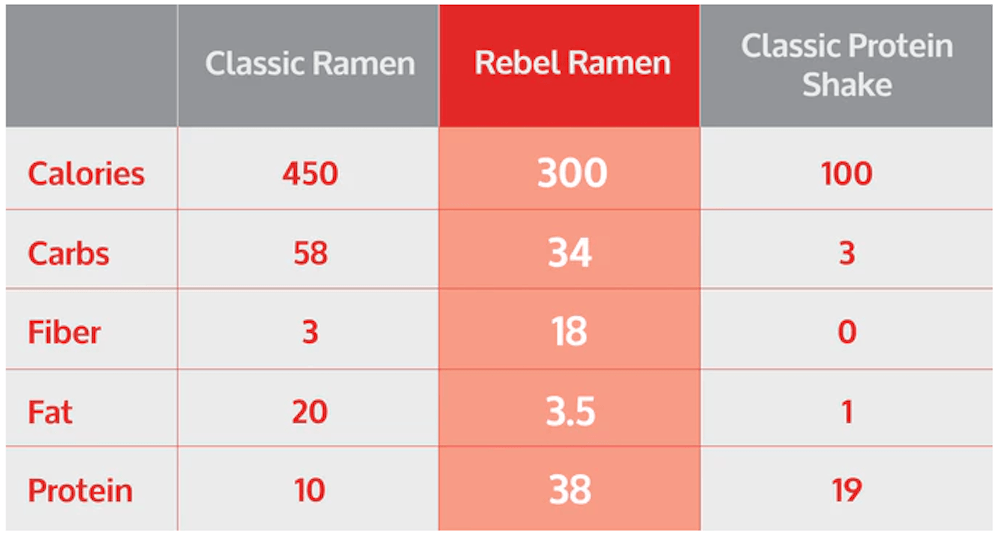 On Instagram, it’s noted that Rebel Ramen is set to be sold at $3 per bowl.

That might not be the 98-cent option you’ll find at the grocery store, but for a couple more dollars and a lot more health, it seems like a fair trade.

And it seems that fans of the idea agree. Some backers have gone so far as to create multiple accounts on Kickstarter, so that they could pledge the project more than once.

From warmer weather to healthy instant ramen, the coming months are proving to hold plenty to look forward to.