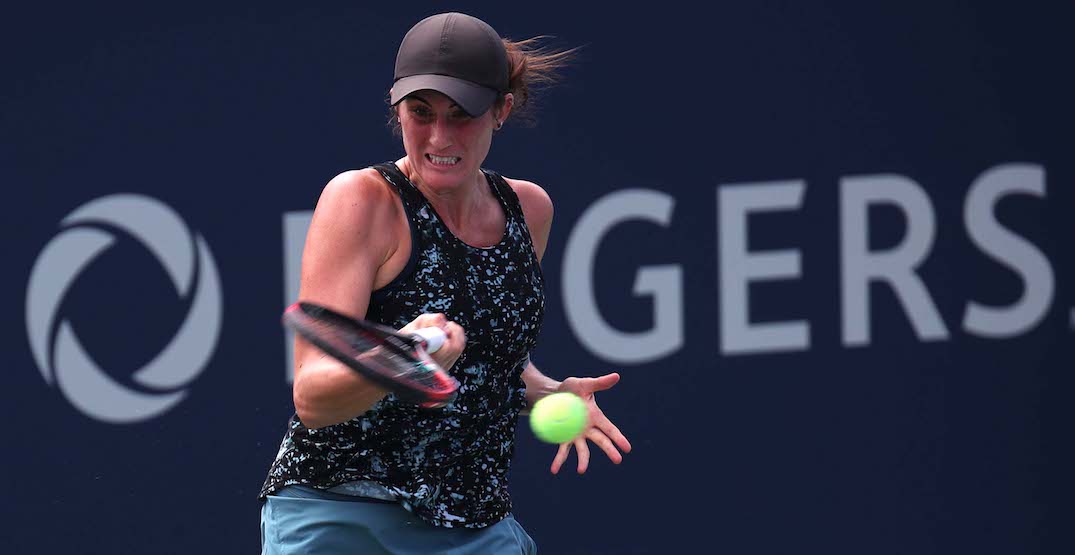 Eight years after her last Grand Slam appearance, Canadian tennis pro Rebecca Marino is back on the world stage at the Australian Open.

The Vancouver product’s tennis career got off to fast start. Before turning 22, she had already received back-to-back Tennis Canada female player of the year awards in 2010 and 2011. She had won four ITF titles, had an 18-match winning streak in late 2010, and was ranked as high as No. 38 in the world.

However, in 2013, she announced her retirement from tennis at at age 23 due to depression.

“I think back to that period in my life and I almost feel like I was a different person,” said Marino, now 30 years old, from Melbourne, Australia.

After retiring from tennis, Marino enrolled at the University of British Columbia to study English literature. She said she enjoyed her time there and even got to take up a new sport, rowing.

However, in September of 2017, at age 27, she decided that it was time to return to tennis. Her father, Joe, was the most significant catalyst for her return. At the time, he was diagnosed with prostate cancer, and Rebecca decided that she did not want to live the rest of her life with any regrets.

When Marino returned to on-court action in February of 2018, she found immediate success. In the first tournament that she entered, she won. After that event, she slowly started to climb up the leaderboards and reached a 140 ranking. However, she suffered a foot injury in the summer of 2019, which forced her to take time away from the sport again.

As she prepared and rehabbed to return another tragedy struck.

In April of last year, Rebecca’s father passed away from his prostate cancer. However, she pushed forward in an attempt to qualify for the Australian Open.

“His health battles and challenges were what inspired me,” Marino said while fighting tears. “Considering that 2020 was probably the most challenging year of my life, I’m really proud to make it here with him in mind.”

“I’m definitely really proud of myself,” she said. “I think it has been quite a challenge and a rollercoaster through life, so to get back and have a moment like this is really redeeming, and I am quite proud of everything I’ve accomplished.”

This will of course be an Australian Open like no other. Players arriving to Australia had to quarantine for 14 days upon arrival to Melbourne, but the journey was even longer for Marino, who had to first win three straight Aussie Open qualifying matches, which took place in Dubai this year.

Qualifying typically takes place at the same location as the tournament, never mind on a completely different continent.

“It was pretty ingenious that the tournament came up with that concept,” Marino said of the alterations made due to the pandemic. “I kinda liked that but it was a bit discombobulating to be in a different location from where you are supposed to be.”

Marino managed to get the wins she needed to return to a major.

“The Grand Slams are where we all want to be, so for me to make it back after eight years is pretty exciting,” Marino said.

This time, Marino comes into a major with a new perspective from what she dealt with in terms of her mental health. She points out that the way the WTA responds to players who are dealing with mental health battles is much better now, with competitors being more open and friendly towards one another.

“What I would tell other people is that period of your life is not forever, and if you do the right things to get yourself in a better mental state, whether it’s just talking or other different steps, it’s obviously very important.

“I feel like had I not done that, I wouldn’t be in this position right now.”