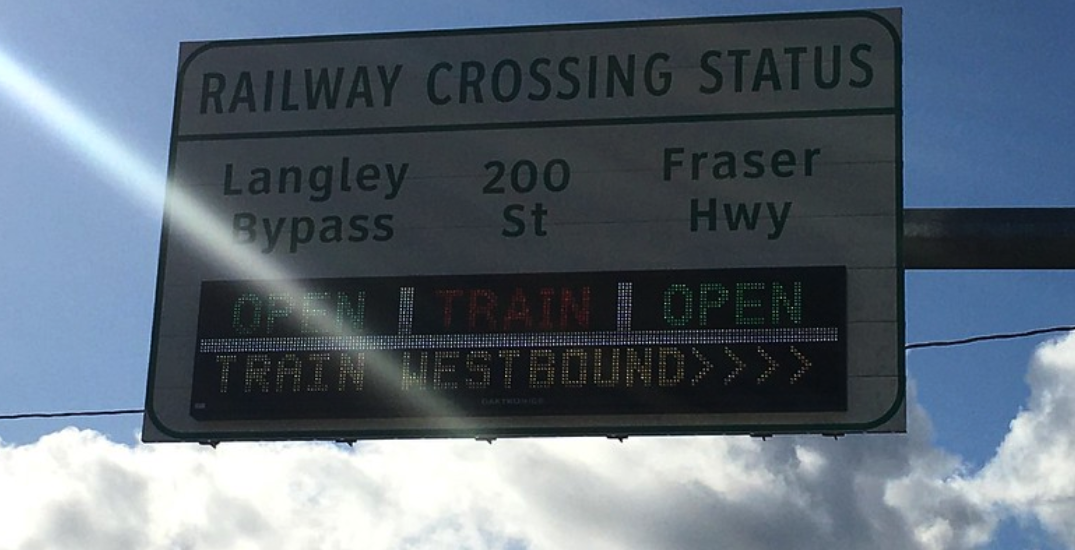 The provincial government says the Railway Crossing Information System (RCIS) will help keep drivers informed about the direction the train is coming from and which alternative road crossings are open and closed.

The real-time information is calculated using sensors that detect a train’s presence, direction, and speed. The information is then sent to a central control system, which calculates the train’s approximate arrival of each crossing. 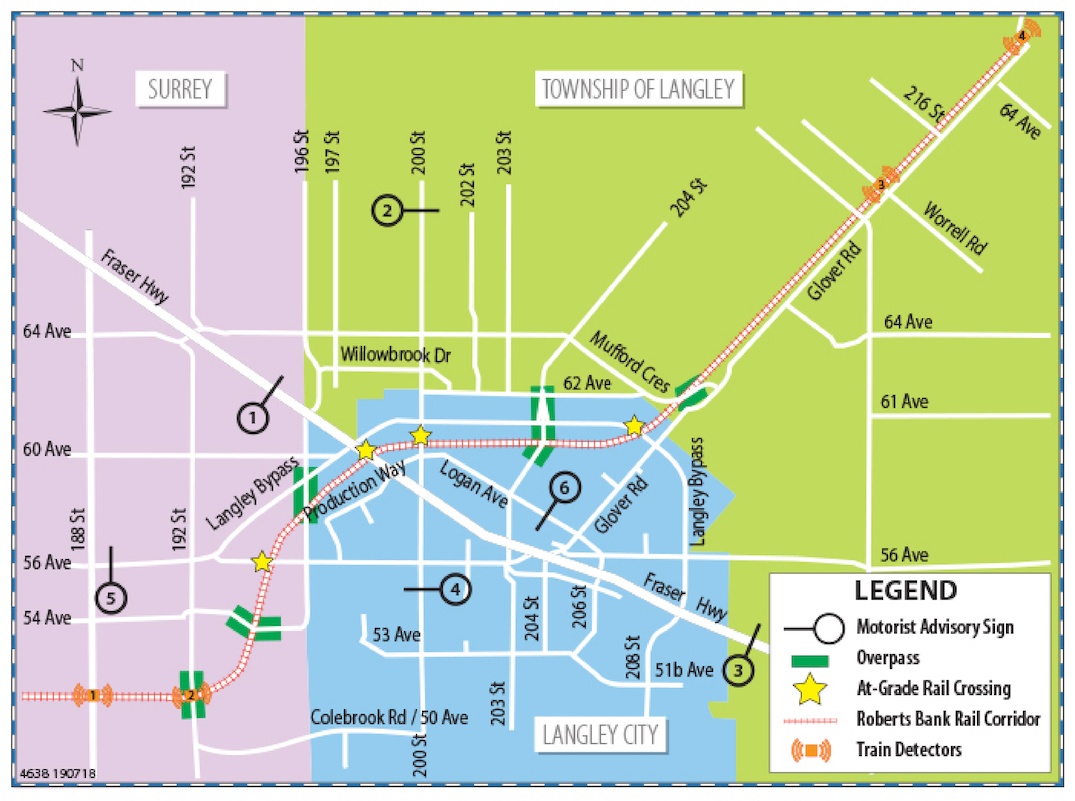 Map of Motorist Advisory Signs in Surrey and Langley. (Government of BC)

The signs show drivers the status of nearby railway crossings and if they are open or closed. The BC government says the signs also help increase travel time efficiency and reliability for emergency responders.

The signs are located at the following locations in City of Langley, Surrey, and the Township of Langley:

The project costs $3.8 million, with TransLink covering $2.9 million and Transport Canada, BC government, and Vancouver Fraser Port Authority each contributing $300,000.