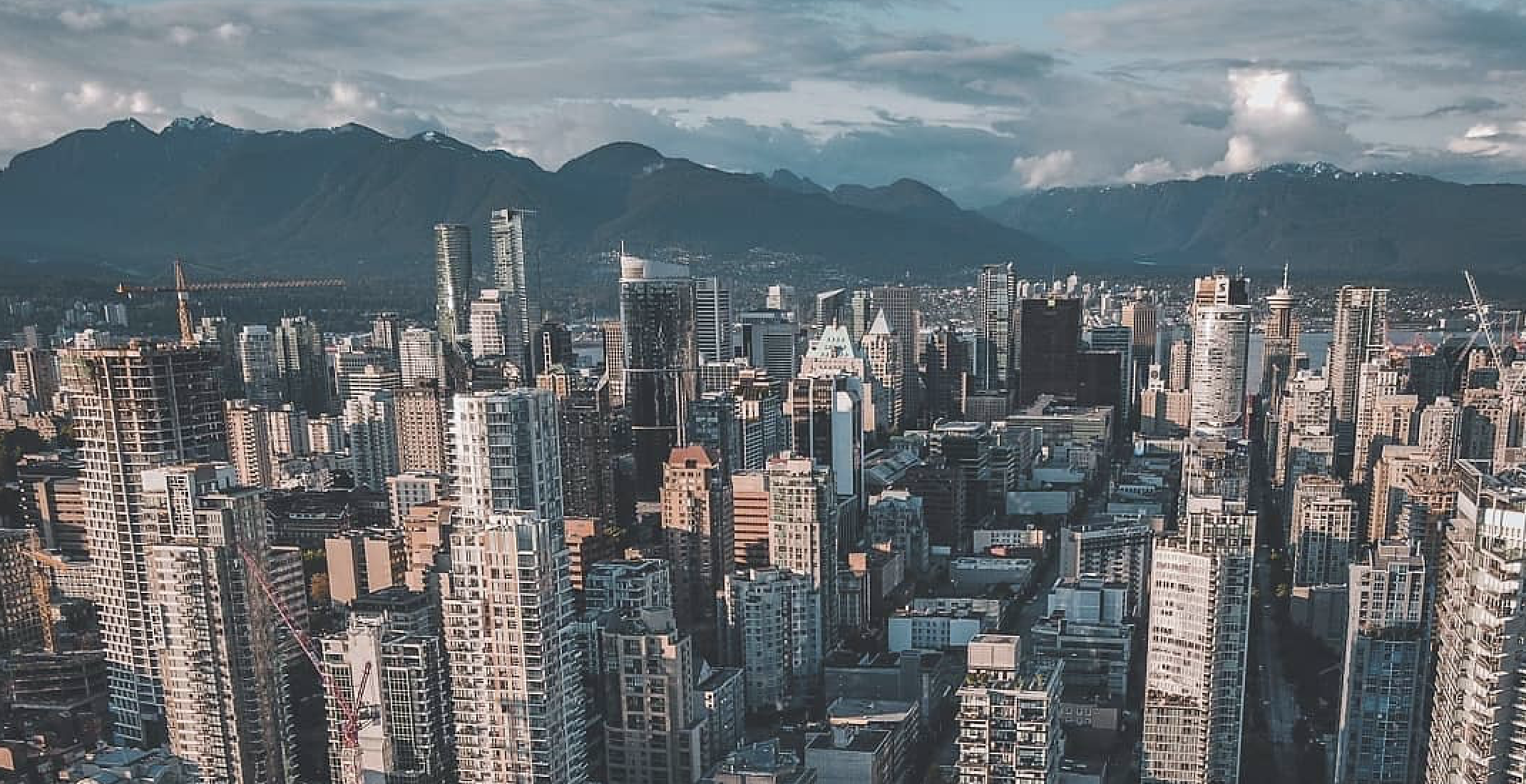 Metro Vancouver’s housing market is again red hot, with record sales, skyrocketing prices and outrageous bidding wars across the region. But if you are hoping for the BC government to jump into the fray and wrestle the real estate sector back down into some semblance of normalcy, well, don’t hold your breath.

There are no real estate taxes on the horizon from the province, and no dramatic housing policies sitting in the hopper ready to launch.

The government is idling in wait-and-see mode, hoping its previous measures, including a speculation and vacancy tax on empty homes, will be enough of a drag to eventually slow things down.

That’s unlikely, say experts. But it’s also not necessarily the wrong move. The worst thing that could happen is for ham-fisted politicians to veer into the market with vote-getting proposals that inadvertently pop the real estate bubble, tank prices and put everyone who has purchased in the last couple of years underwater on their mortgages.

The last time Metro Vancouver’s housing market was this hot, the public had their bullhorns out for BC politicians to do something to fix it.

It was 2016, house prices were at record highs, and the pressure was so intense for government intervention that the then Liberal government rushed out the Foreign Buyers Tax – a special 20 per cent levy on foreign nationals who everyone was convinced at the time were snatching up all the real estate in the Lower Mainland.

The market cooled for a bit, before roaring back to life later in 2017.

Premier John Horgan’s NDP government was put on the defensive this time, quickly launching a “speculation tax” designed to – and stop me if you’ve heard this one before – target foreign nationals who everyone was convinced were snatching up all the real estate in the Lower Mainland.

This time the allegation was the foreign buyers were leaving the condos and properties vacant, robbing locals from the ability to rent or purchase the unused properties.

Prices chugged along at a relatively inoffensive pace after that, before taking a dive at the start of last year’s pandemic and then roaring back to new record heights.

We’re back to 2016 levels now across the region – sales in February were up 43 per cent higher than the 10-year sales average, and 73 per cent from the same time last year.

But missing this time is the 2016 level of public outrage. There are no online petitions, protests or court challenges on provincial real estate policies.

That means there’s relatively little pressure right now on politicians to do anything to help. Which is interesting, because the BC government isn’t sure what it could do to cool the market, even if it wanted to.

The buying frenzy is being driven in part by pent up demand, scarce supply, low interest rates and an affluent middle class emerging from COVID-19 in surprisingly solid financial shape.

Those folks have the purchasing power to seek out larger homes that have offices and backyards to give them more space to weather the rest of the pandemic. That’s not a group of voters the government particularly wants to target.

They aren’t easy villains to be hit with extra taxes, like foreign buyers or out-of-province speculators. They are instead the same kind of middle class British Columbians the NDP has promised to help with housing affordability in the last two elections.

“In the short run that phenomenon that people are substituting towards larger detached homes and they don’t care about the commutes as much – I don’t think government really should do anything about that,” said Thomas Davidoff, director of the University of BC’s Centre for Urban Economics and Real Estate.

“In the long run, there’s supply and regulation and opening up suburbanized space to more urban uses.

“That’s unquestionably the long policy. It will do nothing in the short run, especially to detached housing prices. But it’s the right way to tackle affordability in the long run.”

It’s not possible for governments to blame skyrocketing prices on foreign buyers anymore, either.

COVID-19 travel restrictions have put immigration and foreign investment a stand-still, for now.

The driving force on upwards prices are millennials getting into the market for the first time, and their parents who are cashing out equity in the homes they bought decades ago to help fund their children’s real estate ambitions through what’s called “intergenerational wealth transfer,” said Ogmundson.

That may be a big reason there’s no public outrage at the market and pressure on politicians to act.

“A lot of it is first-time buyers,” said Davidoff.

“If you go to an open house and you see a bunch of kids duking it out over the same house, maybe you’re less angry.

“I think in 2016, there were certainly sub-segments where you would see people who didn’t appear to be local seemingly being a large share of the open house – and I want to say that as delicately as sensitively as possible.

“But I suspect if there’s an anger issue … in 2016, a lot of it was outside money, and now it’s people recognize it’s just people want space and have good affordability.

“The other side of the affordability, driving it, is that when the bank tells you you can borrow a huge amount of money that makes you happy, and willing to pay a lot.”

Experts have been consistent about the real solution to the housing affordability crisis since way back in 2016: More supply.

Building more and varied types of housing, including apartments, condos and townhomes. Getting permits through municipal councils faster, instead of tied up in years of red tape. Extracting density bonus payments out of developers who want to build taller, and using that money to help fund affordable housing projects for those who need a hand-up into the market.

“What we’ve seen the past several years is that the government has introduced measures to try and slow demand,” said Ogmundson.

“That’s a war that you can’t really win. Demand is going to change pretty rapidly. What we’ve seen with demand-side policies, is you can slow the market for a year maybe a year and a half… but eventually the market is going to turn, the economy is going to get better, interest rates will get lower and we’ll be right back in the situation where demand has grown and the market is strong.”

Government can do a lot to help grow the supply of housing in the province. But it’s not very sexy, and it’s behind-the-scenes work that takes a long time. It’s not cash in your pocket today. And it won’t help you from getting outbid by 10 other people on that townhouse you can barely afford in Langley.

“The problem is that at any one time there’s a lot of different factors driving home prices,” said Ogmundson. “We can’t just stick on one thing and say we’ll fix this part and that’s the solution to our problems.”

The current NDP government announced a 10-year plan in 2017 to boost housing supply, with the creation of more than 114,000 new units. Some have been built. But it’s a numbers game so far, that has barely made a dint in demand.

“There isn’t an easy solution to this problem,” said Ogmundson. “Even fixing supply is difficult.”

Both the previous B.C. Liberal government and the current NDP government have been hesitant about getting too directly involved in the housing market because of worry whatever they do could abruptly tank the value of homes and collapse the real estate bubble.

That might sound attractive to someone looking to buy their first home. But a sudden drop in prices would put all the people who just purchased massively expensive properties underwater on their mortgages.

It would hurt the moms and dads who cashed out some of the equity in their family home to give it to their children to help them afford to get into today’s wild market. And it would hurt some of the older owners, who are counting on the ever-rising value of their home as a type of lottery winning to fund their retirement.

The resulting backlash would be huge. No politician in this province wants to face that, regardless of their political stripe.

So expect the current political plan to continue – picking away at the edges of housing affordability with a few projects and policies here and there, but nothing so bold as to upset the apple cart.

The hope from Victoria under two different governments now for the past several years is that the market, ultimately, will sort itself out. The alternative – forcing its decline – could be even worse.