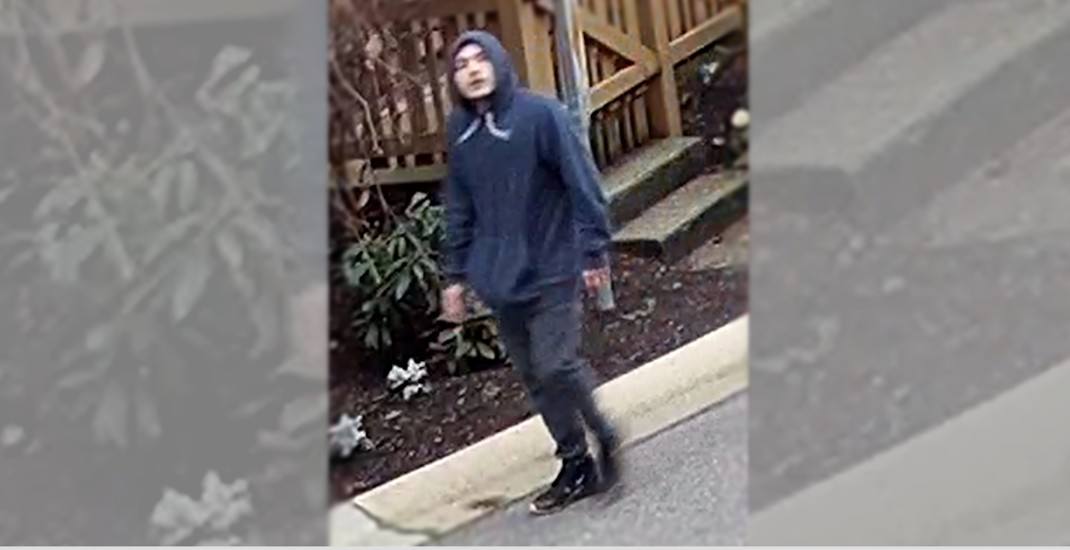 Surrey RCMP has released surveillance photo of a suspect wanted for exposing himself to a 10-year-old girl earlier this month.

According to police, the incident allegedly took place in the 6200-block of 144 Street (near Sullivan Heights Secondary School), around 3 pm, on January 10.

Police said the girl was walking behind the school when an unknown man grabbed her hoodie from behind, tossed her to the ground, and then exposed his genitalia. 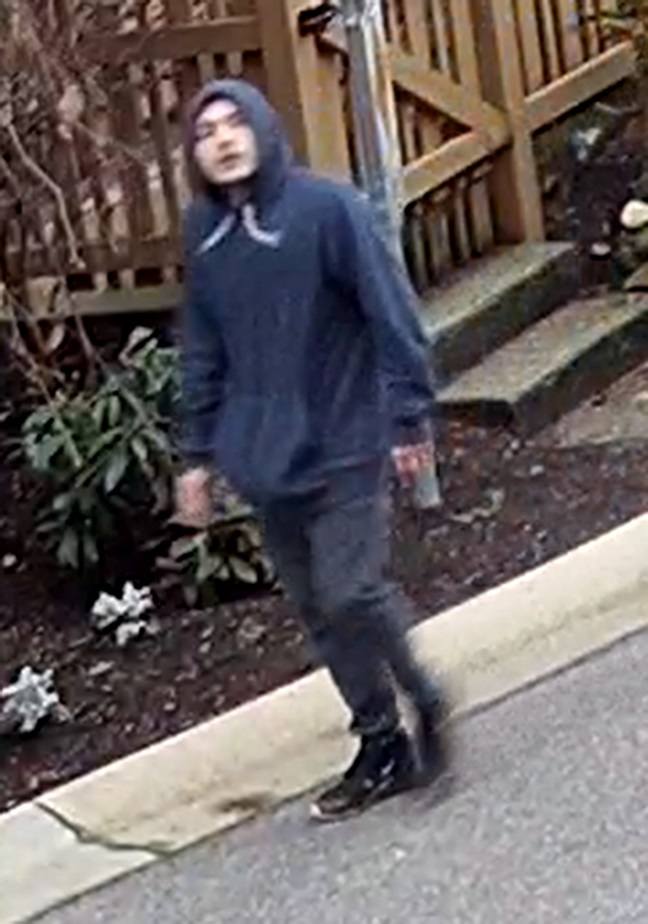 Police describe the suspect as a Caucasian male, possibly a teenager or in his early 20s, approximately 5’2 to 5’5, with a normal build. He was wearing a blue hoodie, grey sweatpants, and black running shoes.

The Surrey RCMP Special Victim’s Unit is continuing their investigation.

Anyone with information about this incident or may have dash-cam video is asked to call Surrey RCMP at 604-599-0502, or contact Crime Stoppers if you wish to remain anonymous, at 1-800-222-8477 or by leaving a tip online.