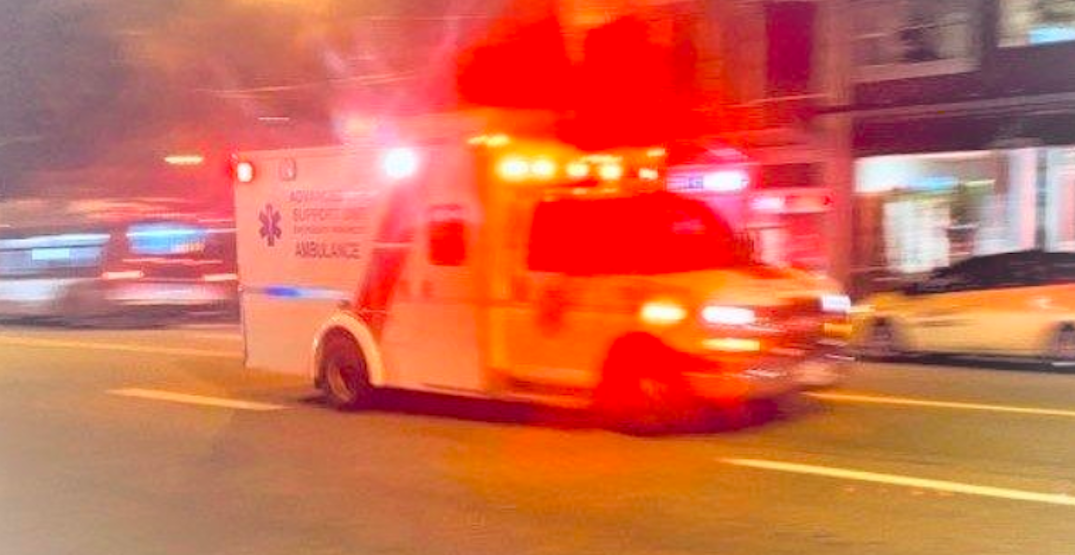 An BC ambulance vehicle (BC Emergency Health Services/Twitter)

A 70-year-old man has passed away after a fatal collision in Surrey on Tuesday afternoon.

The Surrey RCMP says that the incident occurred on the 12600 blocks of 104th Avenue, at approximately 4:55 pm.

The man was reportedly struck by a motor vehicle. RCMP, Surrey Fire Services, and BC Ambulance Service all responded to the collision.

“Despite all attempts to revive the 70-year-old male, he succumbed to his injuries,” says the Surrey RCMP in an emailed statement. “The driver of the vehicle remained on scene and is cooperating with police.”

The area surrounding 104th Avenue and 126 Street was closed for an extended period of time, opening shortly after 12 am on Wednesday.

Police are now asking for any witnesses who observed the collision, or for anyone with dash-cam video to contact investigators.