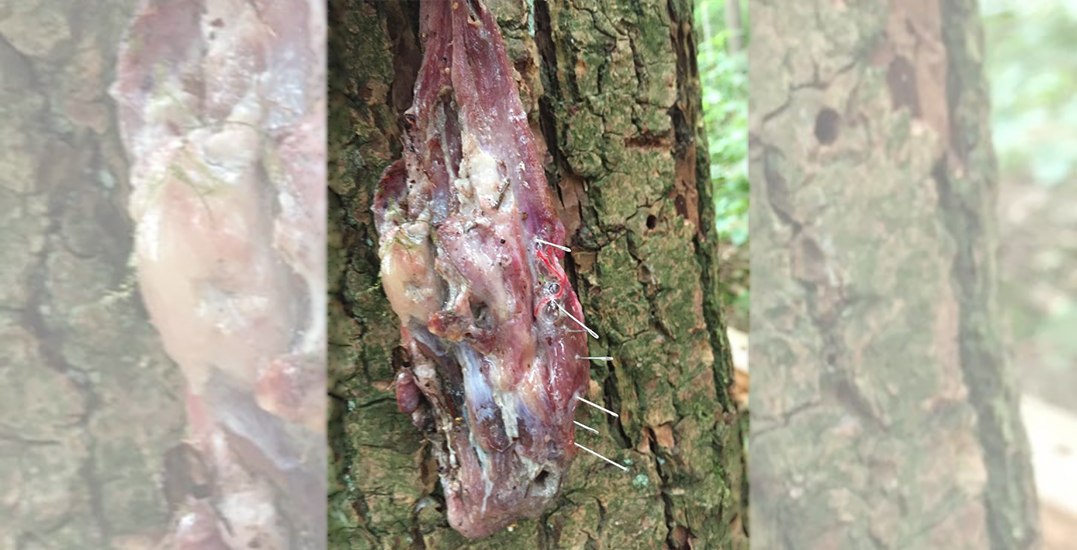 A local resident is warning other dog owners after a disturbing event that took place on a Burnaby trail.

On Saturday, Lorraine Ismail posted a photo on Facebook of a raw piece of meat with several needles stuck to it. 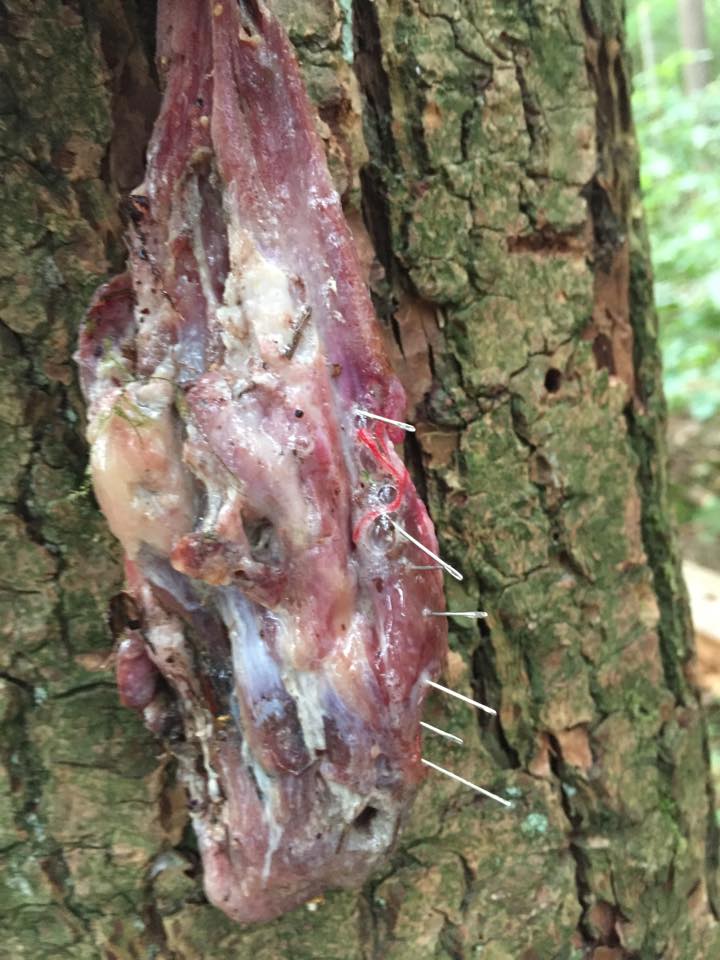 According to Ismail, the meat was found on the North Road trail, a popular route that’s often occupied by children, pets, hikers, and cyclists.

“Watch your dogs on Burnaby mountain,” she writes in a Facebook post. “This was pulled out of the mouth of a friend’s dog on the North Road trail. Needles in meat.”

Since being posted, the message has been shared more than 2,000 times.

Daily Hive has reached out to the Burnaby RCMP and is awaiting comment.