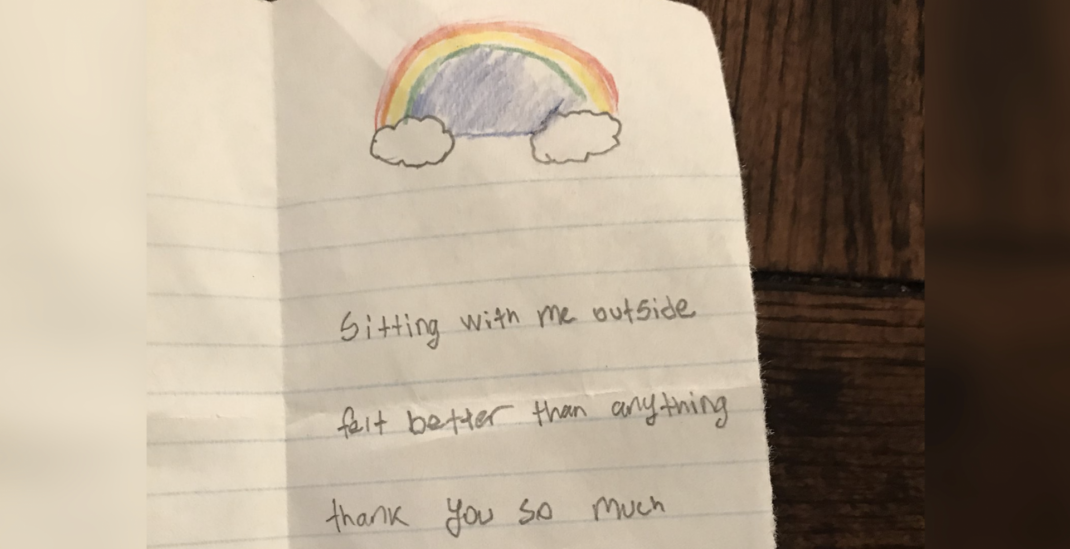 A tweet from a BC MLA praising an act of kindness from his 10-year-old son has gone viral.

Ravi Kahlon is BC’s Minister of Jobs, Economic Recovery and Innovation, and MLA for North Delta.

On Wednesday, he tweeted about a “proud dad moment” in which his 10-year-old son had seen a new kid at school sitting by himself and “decided to hang out with him over lunch. In return, his son received a handwritten thank-you note from the kid.

Kahlon’s tweet has since been liked and retweeted thousands of times.

“I didn’t expect it to escalate that quickly,” he said of the response.

Kahlon told Daily Hive that at one point on Wednesday evening, after sharing the tweet, he told his son it had already received 20,000 likes.  In response, his son “just shrugged and went about his business.” He then thought his son might ask him something about it on Wednesday morning, but that wasn’t the case.

This type of response, he said, “just shows the innocence of kids. Things that we think are so special, to them, this is just the way you should act.”

Proud dad moment today. My 10yr old son saw a new kid sitting by himself. Another friend and he decided to hang out with him over lunch. He got this lovely note at the end of the day😢❤️ pic.twitter.com/b1MNgvMeK7

Asked if he’s been in contact with the family of the kid who wrote the letter, Kahlon said no. “I’m just kind of leaving it, and letting them work out their friendship together.”

In his mind, Khalon said he believes the response to his tweet – and the letter – has to do with people looking for that kindness in a world – particularly on social media – where things can often be unkind.

And with feelings of isolation and loneliness amid the continuing COVID-19 pandemic, people are connecting “with that sense of having somebody wanting to just reach out to them.”

And as proud as he is of his son, Kahlon said he’s also amazed by the kid who wrote the letter and “had the courage to write his feelings on a piece of paper and just put himself out there like that.”