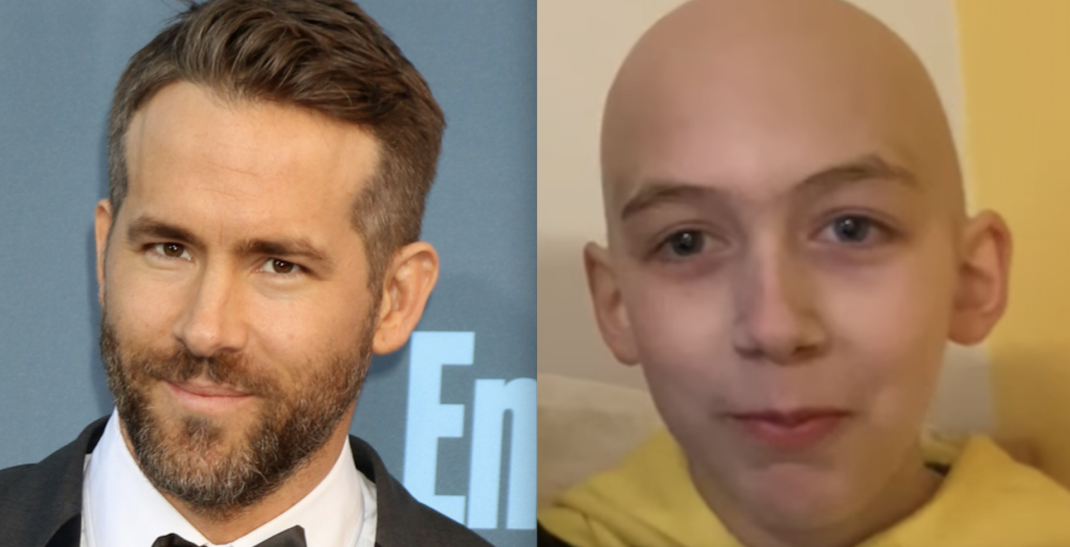 Ryan Reynolds has sent a message of support to a young British Columbian fan who is receiving cancer treatment far from home.

CKPG Today has been following the story of 11-year-old Brody Dery, who is battling stage 3B Hodgkins Lymphoma and has also been diagnosed with Crohn’s disease.

A huge fan of Deadpool, the Prince George native is currently undergoing chemotherapy at BC Children’s Hospital in Vancouver.

In the hopes that the real-life Deadpool could lift his spirits, Brody’s mom, Randi, posted a video to social media on January 13 aimed at Reynolds.

While Brody’s prognosis is “really good,” travelling back and forth between Prince George and Vancouver is hard, Randi says. On those difficult days, the pair watch Deadpool to cheer up.

Brody and Randi’s video was shared widely across social media, including by local politicians. Less than a day later, Brody received a personal video from the actor.

“I just wanted to send you this video and let you know that I’m thinking about you, and that I’m sending you tons of love,” Reynolds says in the clip.

“I know you’ve been going through it, I know it’s been a challenge lately. But you know something, Brody? You’re just the man for the job.”

How cool is this? Huge thanks to @VancityReynolds for taking the time to send a message back to Brody Dery from Prince George. Thanks to everyone for helping get the message to Ryan so fast! @ckpgnews pic.twitter.com/dFJJi6huC1

In a video posted on CKPG Today, Brody said the video made him feel “really special.”

CKPG Today reports that Brody has received one round of chemo already, with a second scheduled to start on January 14.

“I hope I get to meet you in person one of these days,” Reynolds says. “Hang in there.”