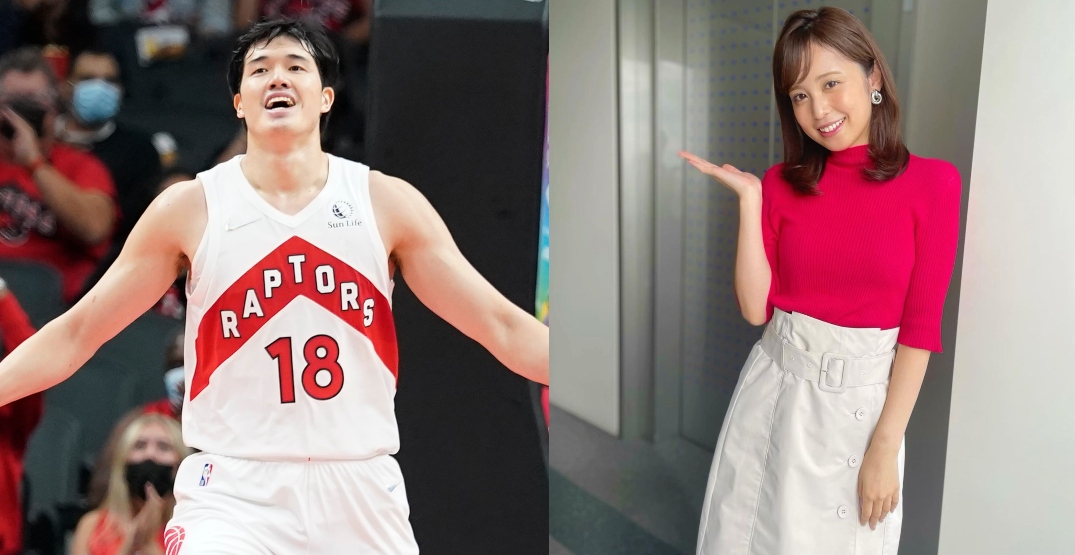 Love is in the air from Toronto to Tokyo, as Yuta Watanabe is getting married.

The Toronto Raptors forward and fiancée Akiko Kuji, a model and former television announcer in Japan, announced their engagement on Instagram yesterday — accompanied with a photo of them together smiling on top of the Raptors logo at centre court at Scotiabank Arena.

“We hope to continue to support each other and have a lot of fun together,” Watanabe and Kuji said (translated from Japanese). “We would like to take this opportunity to thank all those involved and those who continue to support us with their warm support, and we look forward to your continued guidance and encouragement as we strive to do even more to earn your support in the future.”

Watanabe, 27, joined the Raptors from the Memphis Grizzlies in 2020. He has become a fan favourite with fans in Toronto, as well as basketball fans in Japan who continue to follow the career of the Kagawa native.

Kuji is from Iwate, but now calls Tokyo home. She’s well known in her home country, with over 465K followers on Instagram — nearly double Watanabe’s 235K. She announced the news on live television in Japan, thanking Watanabe for his “continued support.”

Watanabe appeared in 38 games with the Raptors last season, scoring 4.3 points and collecting 2.4 rebounds in 11.7 minutes per game. A free agent, it remains to be seen where the 6-foot-9 forward will play next season.