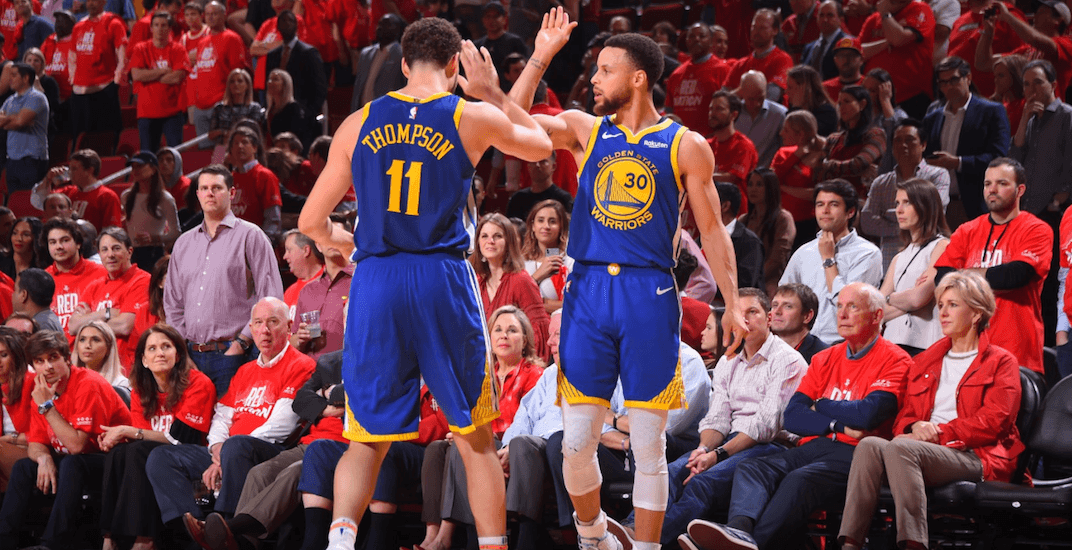 Three teams down, one to go.

After coming back from a 2-0 deficit in the Eastern Conference Finals to the Milwaukee Bucks, the Toronto Raptors are competing in their first ever NBA Finals.

Toronto welcomes the reigning back-to-back champion Golden State Warriors to Jurassic Park in what is shaping up to be a classic David vs. Goliath matchup.

While the Raptors and Warriors finished second and third in the overall standings respectively, Toronto faces a modern day dynasty that has reached the Finals for the fifth straight year and has won three of the past four championships.

Klay Thompson can see a Warriors vs. Raptors NBA Finals in June… 🤔 pic.twitter.com/uiOo85KPrN

It’s a matchup that, aside from Raptors fans and Klay Thompson, not many people predicted to see at the end of May. But make no mistake, the Raptors have earned their spot and have a strong shot at shocking the basketball world.

With Game 1 set to tip off on Thursday, here are six ways the Raptors can upset the Warriors to win their first ever NBA championship.

If the Raptors are going to beat the Warriors, they can’t give up home court advantage.

Coming off a 10-day break, Golden State will be without Kevin Durant, and the rest of the team could be rusty in Game 1.

With a raucous crowd behind them, the Raptors have to come out swinging and set the tone for the rest of the series.

2. Learn from the season series

The Raptors have shown that they can hang with the Warriors in the past, sweeping their regular season series 2-0.

While Kyle Lowry might not be a fan of looking in the past, but there are things Toronto can take away from those matchups for the Finals.

Kyle Lowry is now speaking to media, says the team is preparing for the next round and preparing to take on the defending champions. On how the Raptors beat the Warriors twice this season, Lowry says, “the regular season means nothing.”

The Raptors beat the Warriors 113-93 on December 12 at Oracle Arena, showing the strength of their depth with Kawhi Leonard out of the lineup, beating the Warriors with Steph Curry, Durant, and Thompson in the game.

The Raptors also weathered the storm of a 51-point Durant performance to prevail 131-128 in overtime at Scotiabank Arena.

Out of all the teams the Warriors have faced over the past five years in the Finals, the Raptors gave them the most trouble in the regular season.

3. Gasol and Ibaka need to dominate the frontcourt

While all the focus will be on the backcourt with Lowry and Leonard versus Curry and Thompson, the critical matchup will be in the paint between Marc Gasol and Serge Ibaka against Draymond Green and the Warriors big men.

With two teams that like to take a lot of three-pointers, the team that controls the offensive and defensive rebounds will have the advantage in the series.

As seen on @timandsid, #WeTheNorth have been outstanding on the defensive end this postseason pic.twitter.com/SwyK5BF5gp

On the other side, Gasol and Ibaka have defensive ratings of 100.7 and 101.2 respectively, which are the fourth and fifth best in the playoffs. Their efforts have helped make the Raptors one of the best defensive teams in the postseason.

The Warriors don’t have a player ranked in the top 10 for defensive rating.

4. Danny Green needs to get his shot back

In order to beat the Warriors, you need to be able to consistently make three-pointers to keep pace with their offence.

For the Raptors, it means that Danny Green needs to return to form as their go to three-point shooter.

Green has struggled throughout the playoffs. In the Conference Finals against Milwaukee he only shot 15.3% (4-for-23) from beyond the arc, a far cry away from the career-high 45.5% he was shooting during the regular season.

While his teammates like Marc Gasol and Fred VanVleet have overcome shooting slumps, Green has yet to have that breakout moment this postseason.

The good news for Raptors fans is that Green has historically shot well in the NBA Finals.

Whether it’s Durant, Thompson, or anyone else on the Warriors roster, Kawhi needs to lock them down defensively.

In the Conference Finals, Leonard did what few players in the NBA could do by keeping Giannis Antetokounmpo in check whenever they were matched against each other.

We know that Leonard will continue to put up high offensive numbers for the Raptors, but it’s crucial that he continues his strong defensive play to try and slow down Golden State’s prolific offence.

6. Nurse needs to use his timeouts effectively

For Nick Nurse and his coaching staff, the use of timeouts is going to be a very important part of their game plan against the Warriors.

Golden State is a team that can pull away quickly with their shooting and Nurse needs to know when the time is right to slow things down and use his timeouts. As we saw in the series against Milwaukee, a timeout could swing momentum pretty quickly.

Throughout the playoffs Nurse tends to let his players work their way out of situations when their opponents start to go on a run, but if he waits too long against the Warriors they will make him pay on the scoreboard.