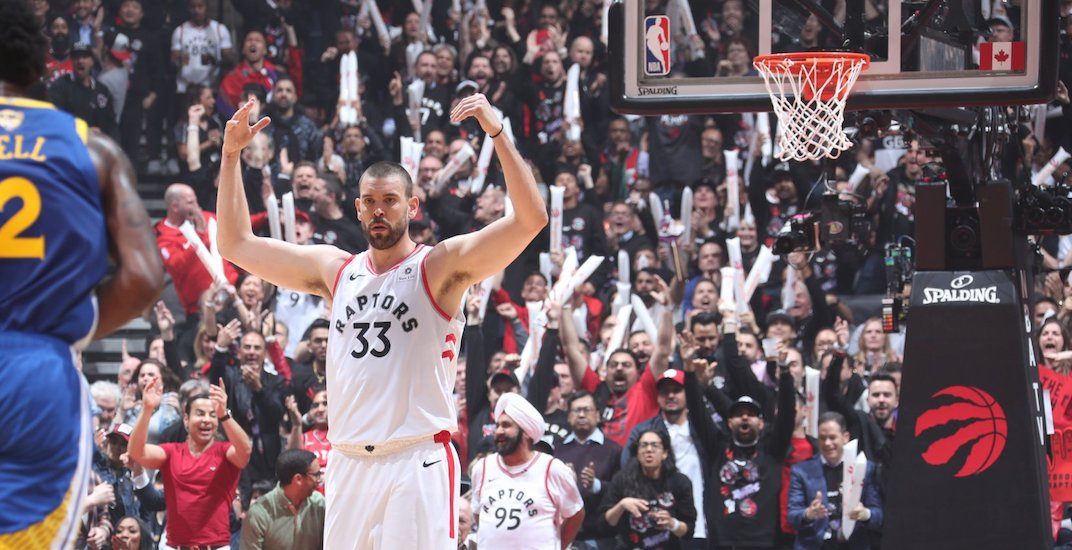 One down, three to go.

The Toronto Raptors debut performance at the NBA Finals was a successful one, beating the Golden State Warriors 118-109 at home in Game 1.

Many discounted the Raptors’ ability to compete with the Warriors, but they proved on Thursday they can not only hang with the reigning NBA champs, they can beat them.

The Raptors got ahead early and held the lead for most of the game. Though never truly pulling away from the Warriors, the Raptors had control throughout Game 1.

It was a monster game for Pascal Siakam, who led all Raptors with 32 points, while chipping in eight rebounds and shooting an impressive 14-for-17 from the field.

It was a quality team effort for the Raptors, who got big contributions from several players, both offensively and defensively.

Kawhi Leonard was second on the Raptors with 23 points despite having what seemed like two or three defenders on him at all times.

Marc Gasol had a big game as well, putting up 20 points and seven rebounds while shooting 60% and adding two steals.

Fred VanVleet continued to provide quality minutes off the bench, putting up 15 points in 33 minutes of action.

After struggling at times in the series against Milwaukee, Danny Green made some big shots in the first half. He finished with 11 points, shooting 3-for-7 from beyond the arc.

Hand up, hand down.

The Warriors are, of course, still without superstar Kevin Durant who has been sidelined with a calf injury since Game 5 of their second-round series against Houston.

Without him, the Raptors hold a big size advantage, which allowed both Siakam and Gasol to have big impacts in Game 1.