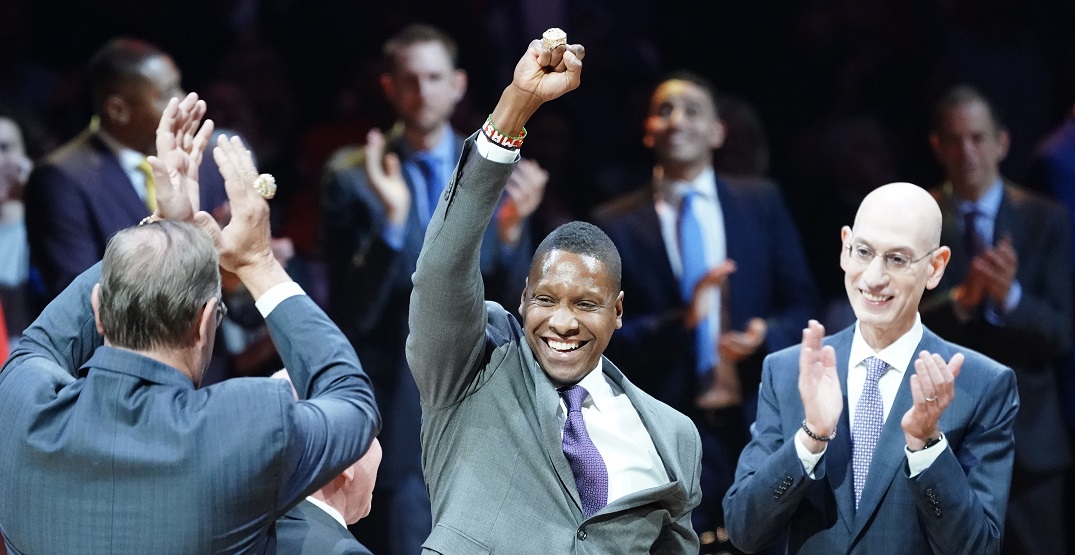 Toronto Raptors President and Vice Chairman Masai Ujiri has announced that his Giants of Africa foundation will be building 100 basketball courts across his home continent.

Ujiri, who grew up in Zaria, Nigeria, founded the non-profit organization back in 2003, and has run many clinics across Africa for youth basketball players since its foundation.

“Since we began investing in the future of sports in Africa over the last two decades, it became clear that camps and programming were not enough to create long-term opportunities for growth in sports,” said Masai Ujiri, president of Giants of Africa, in a press release. “These public spaces have the power to unite communities, build togetherness and improve quality of life for all people.”

Giants of Africa released a video about the 11 courts that have already been built so far, which are set to be unveiled over the next few months in locations in Nigeria, Kenya, Tanzania, Ivory Coast and Burkina Faso.

We’re back on the ground in Africa!Introducing the #BuiltWithinTour: 11 new basketball courts built in 5 different countries, kicking off GOA's long term commitment to build 100 new courts in Africa. Follow along as we unveil a new court each week. pic.twitter.com/7atRZTD6KU

The courts will be “strategically located in underserved communities.”

“Athletics can not only play a role in shaping the lives of future generations, they can also build entire communities,” said Lauren Gillian, Director of Partnerships & Community Relations at Sport Court, who are helping to provide the materials for the courts. “We are so pleased to be partnering with Giants of Africa as they work to increase long-term access to the power of sport to youth throughout Africa.”