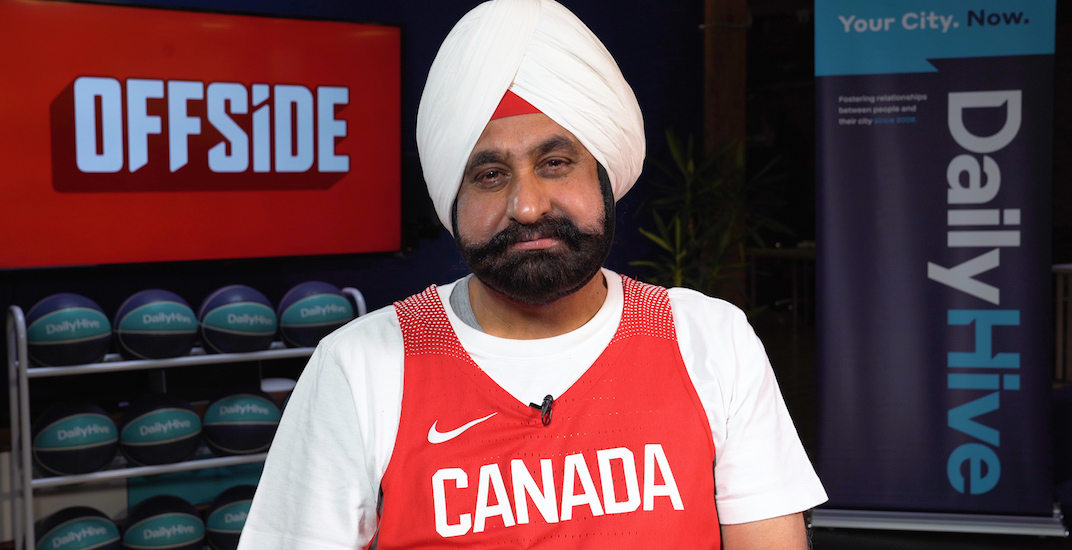 The Los Angeles Lakers legend transcended the sport, which has become obvious this week as Kobe has been honoured outside of the United States, and outside of basketball.

In an interview with Daily Hive in Toronto prior to the NBA Finals, we asked Superfan Nav Bhatia who his favourite non-Raptors player of all time was.

To honour Kobe in the first Raptors home game since the tragedy, Bhatia did something he’s never done before: He wore another team’s jersey to a game.

We caught up with the Superfan during his trip to Vancouver this week, where we asked him to reflect on Kobe, his championship ring, and Canada’s opportunity at the Olympic qualification tournament in Victoria this summer (tickets go on sale Friday morning).

“His death, which is a disbelief still at this moment to me, has broken me — my praying and my heart — into pieces. I’m still not ready to accept that he’s no more. What a big loss for the world. We’re going to miss him,” said Bhatia.

“His second half, after his retirement, I believe, was going to be a different kind of unparalleled legacy.”