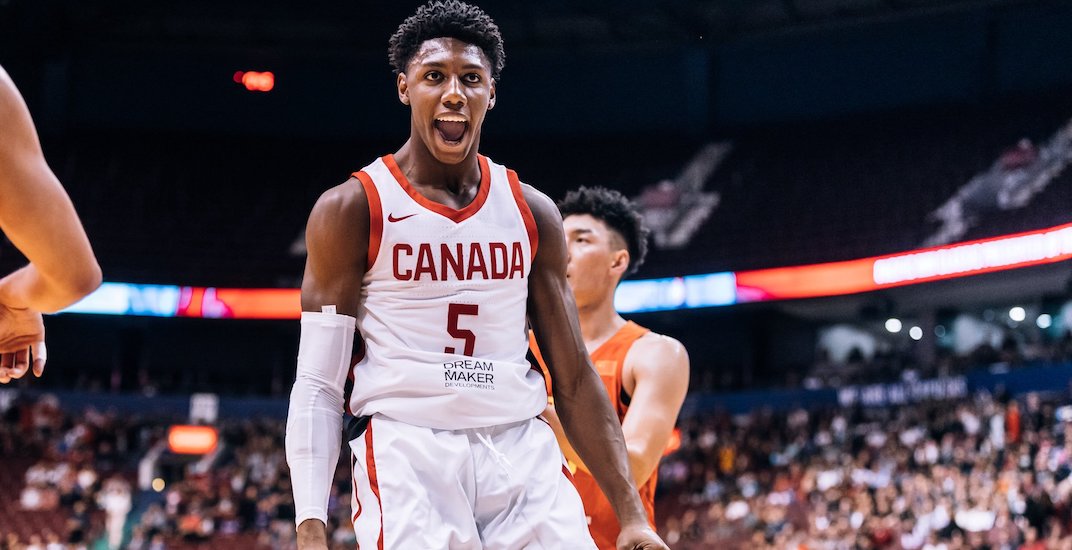 Ticket packages for the FIBA Olympic Qualifying Tournament will go on sale online on Friday, January 31, at 10 am.

Canada is expected to be represented by many of our best NBA players this time around, with a trip to the Tokyo 2020 Olympics on the line. Jamal Murray has already publicly committed to playing for the national team this summer, as have breakout stars RJ Barrett and Shai Gilgeous-Alexander, among others.

Our country has failed to qualify for the Olympic Games in men’s basketball ever since Steve Nash led Canada at Sydney 2000.

In order to book their ticket to Tokyo, Canada will need to win the six-team tournament, with Greece likely the toughest opposition if reigning NBA MVP Giannis Antetokounmpo participates.

Nine-game ticket packages will be available for purchase, with single-game tickets available at a later date. Tickets start at $270 ($30 per game) plus service charges, and go as high as $1,350 CAD ($150 per game). All games will be played at the 7,400-seat Save-on-Foods Memorial Centre.

Canada is scheduled to play Greece and China in Group A action, with Uruguay, the Czech Republic, and Turkey competing in Group B. The top two teams in each group will advance to the semi-finals.